Viewers were left baffled after a child appeared to ‘teleport’ in the background of a BBC News broadcast.

During an interview about Theresa May’s leadership just before she survived a vote of no-confidence, a child seemingly appeared out of nowhere.

A woman was being interviewed on camera when the youngster suddenly morphed into the bottom left-hand corner of the screen.

The boy casually walked out of shot holding a parent’s hand behind the interviewee, then reappeared out of thin air and carried on walking the street.

The spooky clip was then posted on social media, which sent speculation flying about where the mysterious figure had come from. 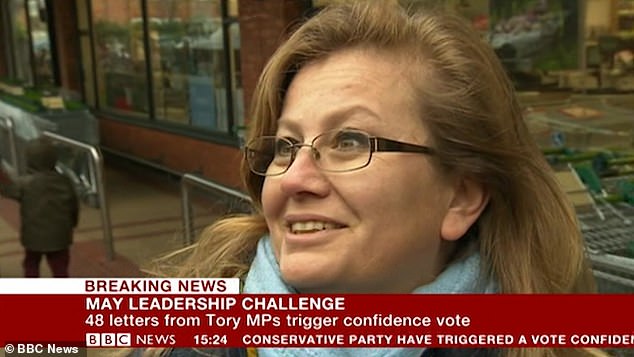 Spooky: In one frame the child was not in the shot behind a woman being interviewed, then in the next frame the youngster suddenly appeared 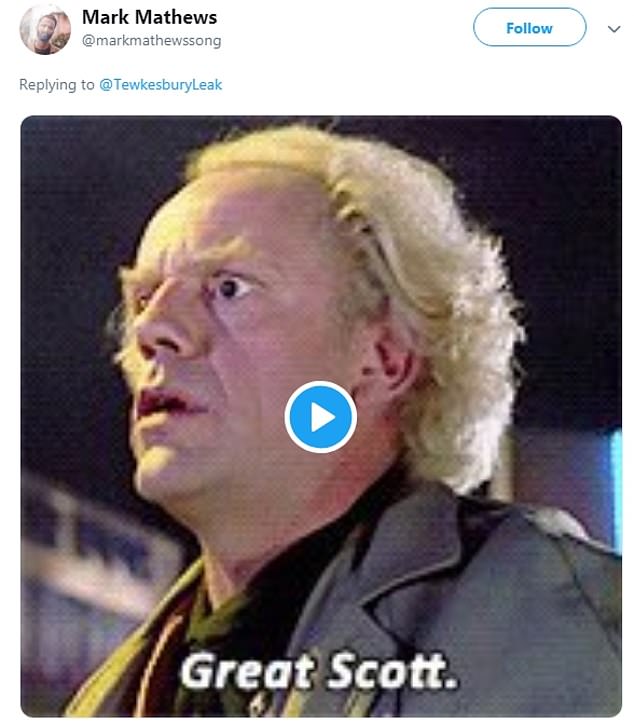 Some suggested there had been ‘a glitch in the Matrix’, while others said the child had come from the future or that a Tardis had somehow been involved.

Posting a clip of the interview on Wednesday, @realTewkesburyBC wrote: ‘Does anyone else see the child teleport?’

The tweet drew hundreds of replies as people poked fun at the glitch, with some posting hilarious memes in response, which attracted 1.6million views, 42,300 likes and 16,100 retweets.

Along with a wave of Harry Potter gifs, one social media user said: ‘There has been a glitch in the matrix.’

Another wrote: ‘Did anyone else hear the Tardis vworping? No? Well…’

One replied to the tweet saying ‘WTF… does anyone else see the child teleport?’ and said: ‘Just glitch in the Matrix.’ 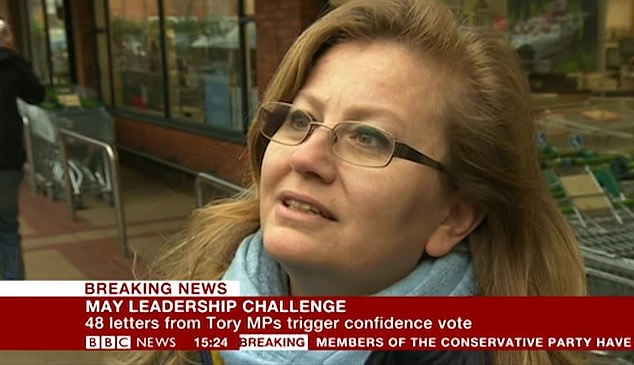 Some suggested on Twitter there had been ‘a glitch in the Matrix’, while others said the child had come from the future or that a Tardis had somehow been involved 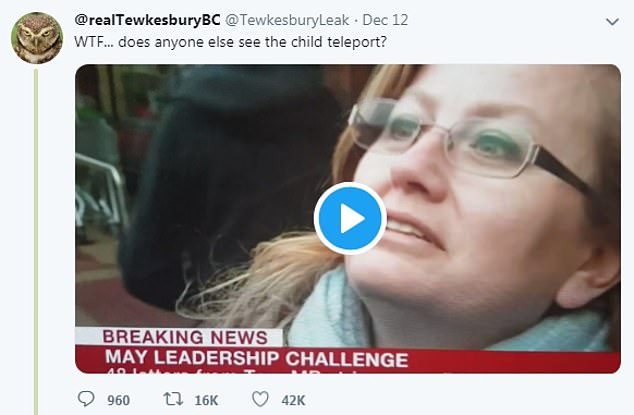 Posting a clip of the interview on Wednesday, @realTewkesburyBC wrote: ‘Does anyone else see the child teleport?’ 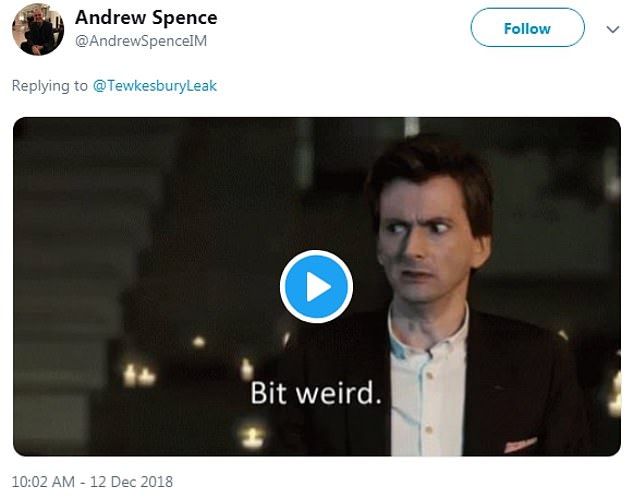 Duffy Bloom said: ‘I am confident (and afraid) we were *not* meant to see that.’

Topkek said: ‘The kids from the future. He’s come to save us from Rees-Mogg who came from the past.’

But journalist Katie Barnfield, who works for ITV London, took the mystery away by adding that that it was a common editing technique which accidentally left the clip on at the end.

She said: ‘Guys, journalist here. Can I just say this is not some kind of BBC conspiracy / green screen / an actress (as fun as these are to read).

‘It’s probably just a frame from another part of the interview that was accidentally left on the end. Does look creepy though!’ 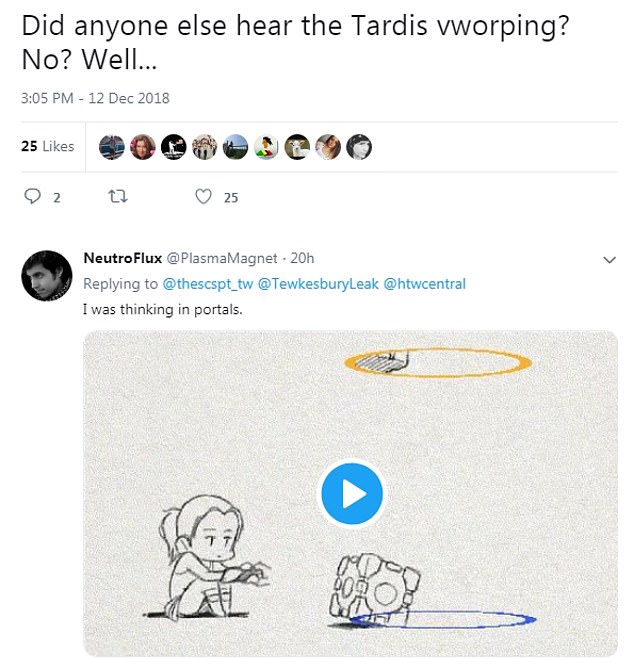 Was is a bird? Was it a plane? or a clumsy edit by the BBC video department? 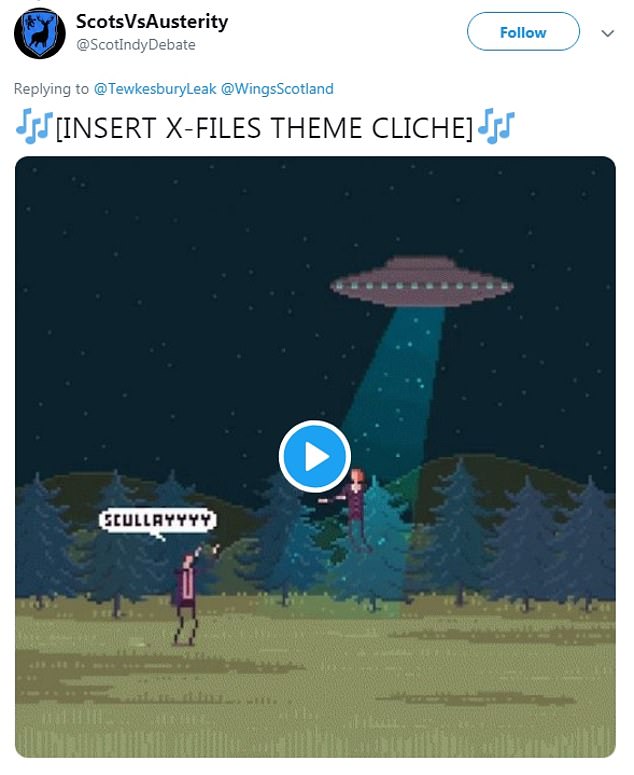 A case for Mulder and Scully?: Scientology and the X Files were all linked to the mysterious child’s sudden appearance in the broadcast 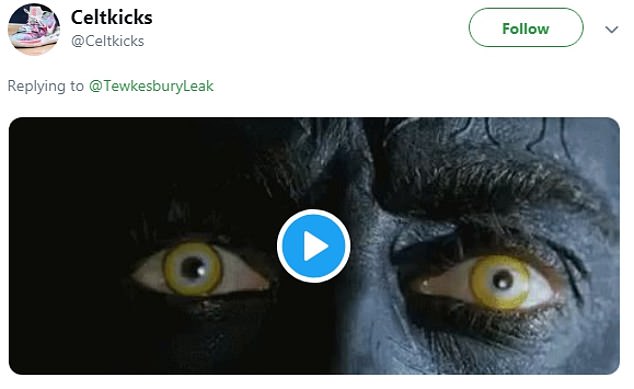 Despite the fun, some video experts dispelled the mystery by explaining how the accidental edit could have occurred

Tom Richell, the head of video at The Independent, also explained what he believed happened in more detail.

He tweeted: ‘It basically takes the two shots and mashes them together in such a way that the harsh cut between them is smoothed over.

‘If you watch the woman’s face repeatedly you can see it moves over to the right in a weird way as the boy child appears.

‘Away from the technicals – no the BBC isn’t trying to edit this out of context. I find it *really* unlikely they’re trying to end the vox pop with her smiling either. That would be a totally pointless edit.’

Another video editor added: ‘I’ve done similar, people disappearing in the background, or walking backwards. You get so focused on getting the main thing spot-on that you become blind to everything else, especially when you’re on a clock. Should have just masked it off.