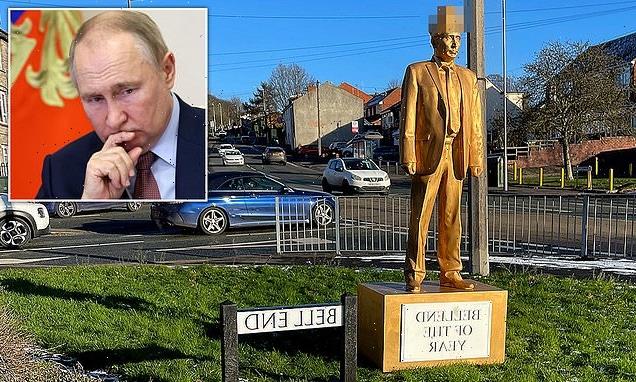 Here’s what we REALLY think of you, Vlad! Village of Bell End unveils penis-headed statue of Putin as ‘Bellend of the Year’ in protest against Russia’s invasion of Ukraine

An aptly-named village in Worcestershire made their feelings about Vladimir Putin very clear today, awarding him the title ‘Bellend of the Year’.

A penis-headed statue of the warmongering Russian president was erected in Bell End village and unveiled this morning in protest against the Kremlin’s invasion of Ukraine.

The large, gold-coloured effigy appeared alongside a street sign in the centre of the village.

An organiser, who wished to remain anonymous, had left cartons of eggs for passers-by to pelt. 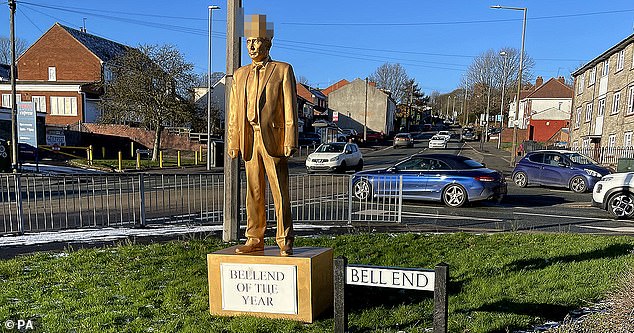 The organiser told the PA news agency: ‘I needed to award somebody with the Bellend of the Year award and I thought there was one person who has universally been a bellend this year – and that’s Vladimir Putin.

‘You could just throw eggs at the statue, which people did so willingly and quite happily. It’s been very well received.

‘One person said, ”I thought it was my boss for a second”.’

The co-ordinator said they plan to create and sell miniatures of the statue to raise money for a charity supporting Ukrainian refugees. 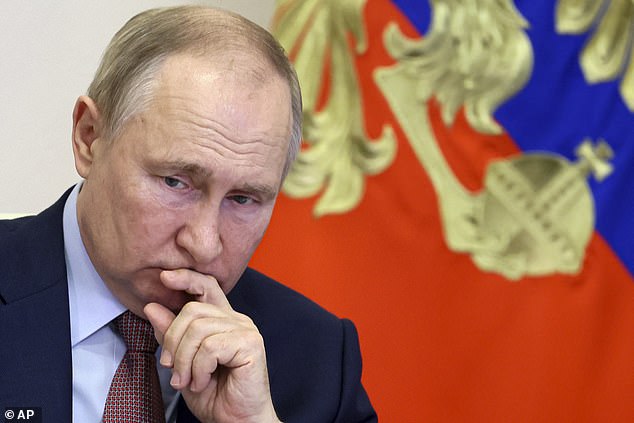 Russian President Vladimir Putin attends a meeting of the Council for Strategic Development and National Projects via videoconference at the Novo-Ogaryovo residence outside Moscow, Russia, Thursday, Dec. 15, 2022

‘I’ve seen over the course of the year the devastation that has happened in Ukraine and that so many lives that have been displaced as a result of the war,’ they said.

The organiser said they want to stay anonymous to keep the ‘mystique’ around the statue, with a further explanation about how it came to be in the village just outside Birmingham to be revealed in the coming days.

Describing how the artwork was made, they said: ‘I don’t know what the material is but I gave to a couple of artists and they cut it out over two or three weeks.

‘Then we painted it and made a plinth, which obviously had the sign Bellend of the Year just to make sure there was absolutely no way to deny what he actually was.

‘The message is pretty simple – it’s exactly what it says on the tin.’