This is the distressing moment a bear is dragged out of the 40ft well it fell into during a desperate search for food.

The skinny bear was dragged from a well in Bedhasahi village near Balasore in Odisha, India, yesterday.

Officials tied ropes around its paws and prepared a cage for the bear when it was safely out. 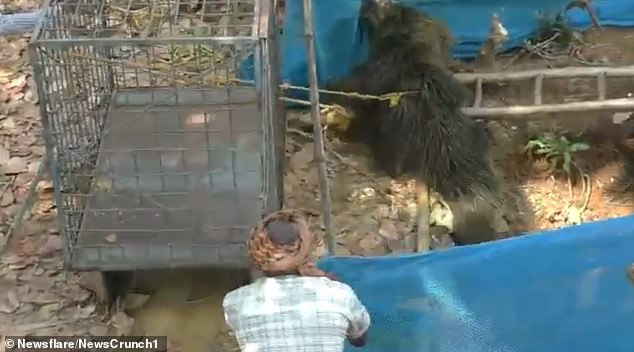 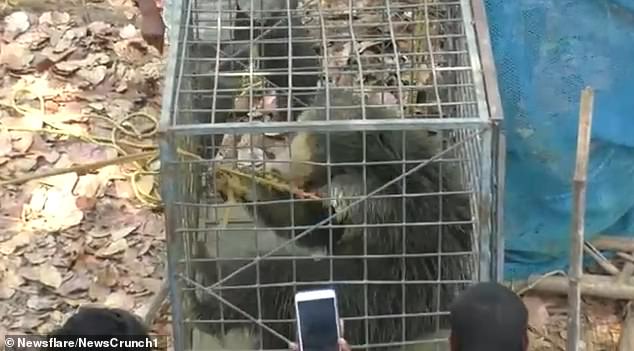 Villagers gathered to watch and cheer as the bear was finally brought out of the well.

A four-hour operation ended with the malnourished bear desperately thrashing around a cage in a terrified effort to rid itself of its restraints.

It bites on the rope that ties its paws together to try to free itself and then lunges towards an official.

The confused animal fell into the well after straying from the Swarnachuda jungle in search of food.

And it was found by villagers who saw the wild bear inside the well and told the local forest department.

A team of officials rushed to the spot and rescued the bear from the well after a four-hour operation.

An official said: ‘We will release it back in the jungle after a medical checkup.’ 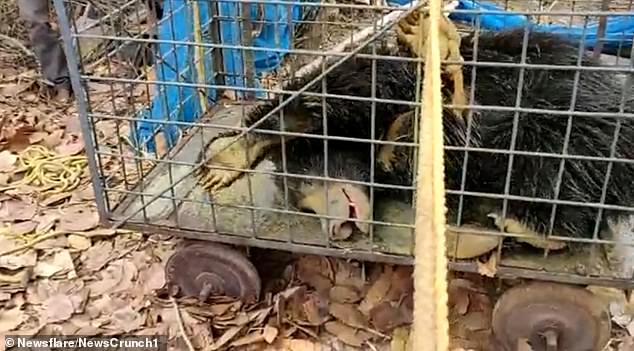 Malnourished: The bear will receive a medical checkup to make sure it is healthy enough to survive in the wild