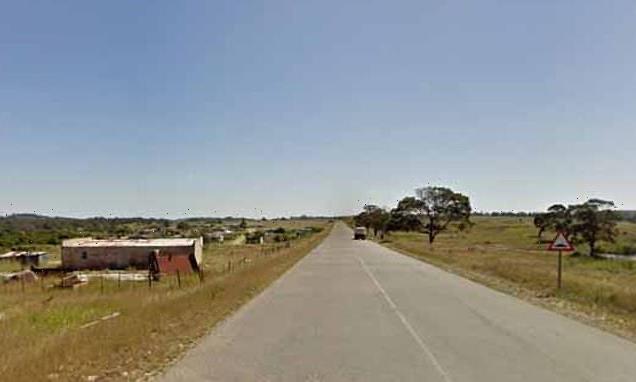 Residents in a South African village are worried that a werewolf is roaming free and is behind the death of a man whose body was found covered in bite marks last month.

Diesel Michael Makambi, 59, died near the Buffalo River in Kwaqongqota Village. and his family denounced the claims that a mythical creature is to blame.

His family poured scorn only widely-held local theories that a werewolf killed him, saying it was likely pitbulls. 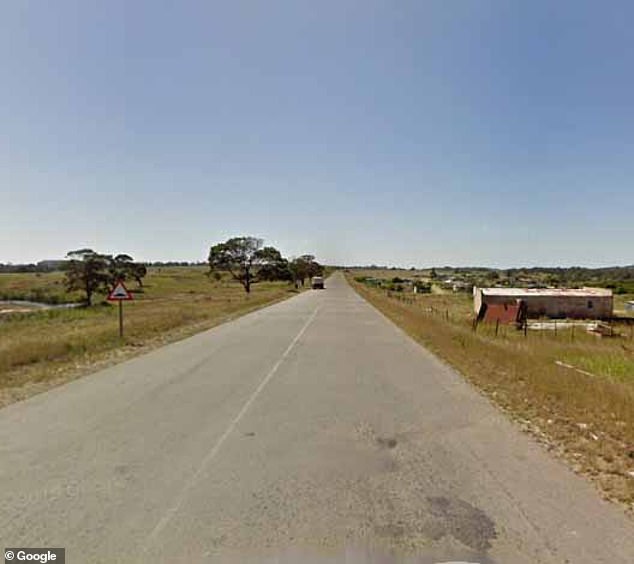 R102 Road by Quonce, where Kwaqongqota Village is situated off. Its residents are worried that a werewolf is roaming free and is behind the death of a man whose bite-marked body was found near a river last month

Eastern Cape police also said Mr Makambi, who was buried this past weekend, was bitten by wild sea dogs according to witnesses.

But villagers are still terrified of a wild werewolf and have shared posts on social media alerting others to stay away from Kwaqongqota.

One warning from a Qonce running club told members not to jog near the area until the werewolf was captured or killed.

Another post included a sketch of a man with wolf characteristics which was found online.

Mr Makambi’s mother, 96-year-old Nongenile Liziwe Makambi, told News24: ‘Before he passed on, he managed to tell the boys that he was attacked by three dogs and pleaded for help.

‘We heard that a woman had seen my son being attacked by the dogs and screamed for people to rescue him but by the time the boys got there, it was too late.

‘The dogs tore my son into pieces.’

A spokesperson for the force said Ndevana police opened a ‘murder docket’ for investigation after his death.

She added: ‘People must understand that a family is grieving, therefore we must be very sensitive about things we say.

‘People must refrain from spreading this werewolf myth, as it has a potential to upset the family. There is no werewolf.’