Pakistani and Indian forces have been exchanging fire in restive region, leaving a total of eight people dead. 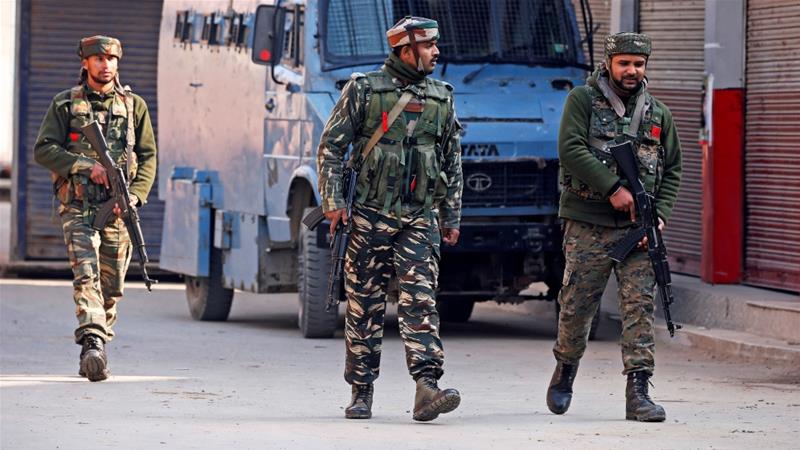 “Two people were killed in RS Pura and one was killed in another village near the border area,” Manhas told Al Jazeera, adding that civilians living within five kilometres of the border were evacuated to safer places.

A 35-year-old resident from RS Pura said that he and others in the village were living in fear.

“Our livestock has been killed too, we don’t sleep,” he told Al Jazeera over the phone.

“The situation has been very bad for last few days. The sound of (gun fire) scares everyone, we don’t know who it is going to hit,” he added.

Officials said schools in the area have been closed due to the clashes.

India and Pakistan have accused each other of initiating the skirmishes and causing civilian and military casualties.

The latest round of violence began after Pakistan accused India of killing four soldiers on January 15.

On Friday, officials said two civilians and an Indian soldier were killed by Pakistani fire in the Jammu region, with 20 others wounded.

Of the eight people who have been killed on the Indian side of the divide so far, six civilians were and two Indian soldiers.

Most of the casualties have been in the RS Pura sector, which has borne the brunt of the clashes.

Indian officials say ceasefire violations from the Pakistani side began on January 17.

Despite a ceasefire agreement in 2003, India and Pakistan regularly trade fire across the so-called Line of Control (LoC), the military demarcation between the Indian and Pakistani controlled parts of Jammu and Kashmir.

On Friday, India summoned the Deputy High Commissioner of Pakistan Syed Haider Shah “to voice concerns over continued ceasefire violations” and what it called the “deliberate targeting of innocent civilians by Pakistan security forces”.

Since independence in 1947, the two nuclear-armed neighbours have fought two of their three wars over Kashmir, which both countries claim in its entirety.