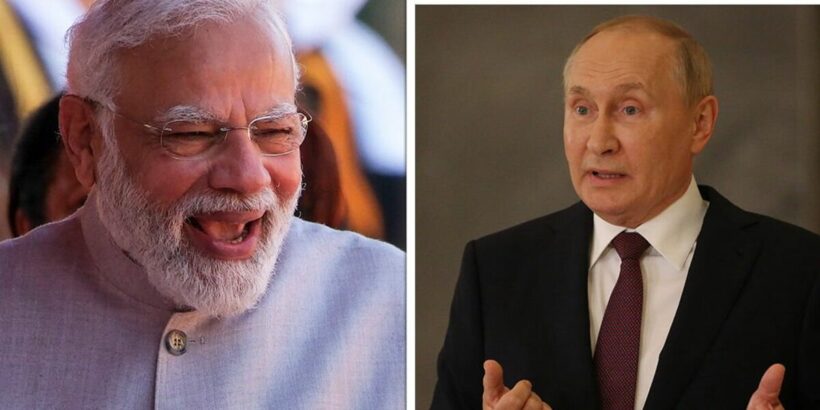 Putin left waiting for a meeting with President of Kyrgyzstan

Vladimir Putin has received a stinging rebuke from Narendra Modi, with India’s President telling his Russian counterpart it was not the time for war during remarks during a televised meeting in Uzbekistan. Putin has repeatedly said Russia is not isolated because it can look eastwards to major Asian powers such as China and India. 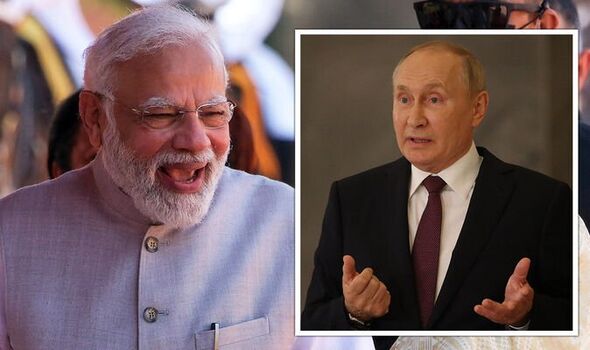 But at a summit of the Shanghai Cooperation Organisation (SCO), Mr Modi made his concerns plain.

Speaking during a meeting in the ancient Uzbek Silk Road city of Samarkand, he said: “I know that today’s era is not an era of war, and I have spoken to you on the phone about this.”As Modi made the remark, Russia’s paramount leader since 1999 pursed his lips, glanced at Modi and then looked down before touching the hair on the back of his head.

Putin told Modi that he understood the Indian leader had concerns about Ukraine, but that Moscow was doing everything it could to end the conflict.

He replied: “I know your position on the conflict in Ukraine, the concerns that you constantly express. We will do everything to stop this as soon as possible.”

He insisted Ukraine had rejected negotiations. Ukraine has said it will fight until it drives all Russian troops from its land.

THIS IS A LIVE BLOG: SCROLL DOWN FOR REGULAR UPDATES

Russia is likely to struggle to defend a key region in eastern Ukraine in the face of a fierce assault from Volodymyr Zelensky’s forces, the Ministry of Defence has said.

The MoD’s daily Defence Intelligence update explained: “Ukraine continues offensive operations in the north-east of the country while Russian forces have established a defensive line between the Oskil River and the town of Svatove.

“Russia likely sees maintaining control of this zone as important because it is transited by one of the few main resupply routes Russia still controls from the Belgorod region of Russia.”

It added: “In addition, this line sits along the border of Luhansk Oblast, part of the Donbas, which Russia aims to ‘liberate’ as one of its immediate war aims. Any substantial loss of territory in Luhansk will unambiguously undermine Russia’s strategy.

“Russia will likely attempt to conduct a stubborn defence of this area, but it is unclear whether Russia’s front line forces have sufficient reserves or adequate morale to withstand another concerted Ukrainian assault.”

Zelensky pledges to make Crimea 'part of the European Union'

The Kremlin has strategically protected the city of Moscow from the harsh reality of war by ensuring only a small number of frontline troops are drafted from the capital.

Vladimir Putin has reportedly ensured Russian military personnel is pulled from smaller towns on the outskirts of the country in order to shield the political elite from the consequences of his “special military operation” in Ukraine.

Fierce control over Russian media outlets and the internet has also ensured that reliable intelligence updates from the conflict struggle to reach much of the civilian population.

Conflict analyst Dr Patrick Bury told Express.co.uk: “A lot has been done to keep the political costs of this as low as possible.”