A Perth registered nurse accused of trying to murder her ill husband will remain behind bars after being arrested last week.

Wendy Ruth Sym, 62, appeared in Stirling Gardens Magistrates Court on Wednesday via video link from Melaleuca Prison over the alleged offence against her husband, who had dementia and type II diabetes. 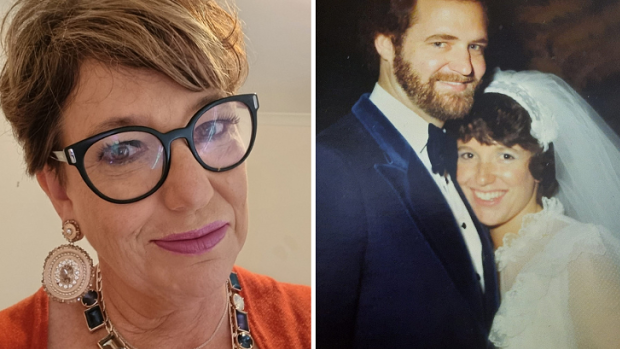 Wendy Ruth Sym appeared in Stirling Gardens Magistrates Court charged with attempting to murder her husband, who she cared for.

She allegedly attempted to murder her partner by injecting a high dose of insulin while he was in hospital for his dementia in January 2021.

Nurses had recorded his glucose levels as normal several hours before finding him unresponsive in his bed later that day.

They were able to stabilise him and Sym’s husband later died of a heart attack in March that year.

An empty insulin vile with Sym’s DNA on it was allegedly found in the toilet.

The mother of three was arrested by police last week. State prosecutor Katrin Robinson said she was allegedly found with a possible suicide note, prescription medication and a will in her possession in Busselton.

Part of the note read “I can’t bear the thought of a court case where I have to convince strangers I am not a horrible person”.

Lawyer Seamus Rafferty told the court his client denied the allegation against her, and was not at risk of suicide should she be granted bail.

He said a previous suicide attempt by Sym, where she took 80 blood pressure tablets, did not mean she was a risk to herself now, as she had been suffering from “carer’s fatigue” at the time, after looking after her husband for nine years.

Sym had tried to get support at the time but was unsuccessful.

He said Sym often expressed her feelings in writing and maintained that she had no intent to end her life despite the note.

Rafferty also said his client could sign a $200,000 surety and comply with a wide range of other bail conditions.

Magistrate Janet Whitbread said it was difficult to make a decision on bail as she was not a medical professional, but that she had concerns for Sym’s personal safety should she be released.

Rafferty then asked for a remand, so he could obtain a report from a psychologist. Whitbread agreed but said the report would not guarantee bail even if it was favourable.

Sym will appear in court again on November 25, when the bail application will continue.

Crisis support is available from Lifeline on 13 11 14.