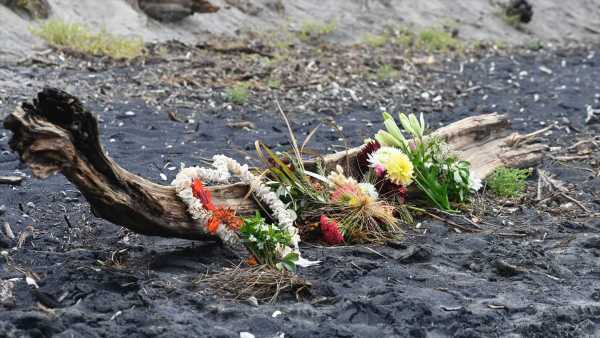 Waihī Beach has reopened to swimmers, days after a teen died in a suspected shark attack.

A rāhui was put in place at the beach, 58km north of Tauranga, after Kaelah Marlow died on Thursday.

The 19-year-old was injured by a shark while swimming at the Bowentown end of the beach around 5pm.

It’s understood the teen was pulled from the water alive and paramedics desperately administered CPR on the beach, but couldn’t save her life.

A further 73km to the north, Pāuanui Beach was closed and swimmers told to get out of the water after a shark sighting yesterday afternoon.

Surf Lifesavers ordered everyone – nearly 500 people – to stay on shore at 1pm. They were still not allowed in the water at 3.30pm.

Patrols had spotted a shark at the popular Coromandel beach, and swimmers could only return to the water when 30 minutes had passed since the last confirmed sighting, a lifeguard said.

The rāhui at Waihī Beach was lifted for swimmers, walkers and those taking part in other water activities – except fishing or gathering seafood – after a hui Friday between local kaumātua, club officials, the Bay of Plenty harbourmaster, Surf Lifesaving New Zealand and representatives from Western Bay of Plenty District Council.

The rāhui, which stretched along the coast from the north end of Waihī Beach to the Bowentown Heads, and included in the harbour to Ōngare, Tuapiro and Tanners Pt,
remains in place until 7am Friday for those wanting to fish or gather seafood.

Witnesses to Thursday’s tragedy described heartbreaking scenes, with a man being comforted by emergency services and then, after Marlow’s death, walking into the sea and splashing water over himself.

“I can’t stop thinking about the extreme grief I saw on his face as he left the beach,” witness Matt Lawry said.

Marlow, who lived in Western Australia until moving to New Zealand five years ago with her parents and younger sister, was “a lovely girl, a fun girl, always bubbly”, her aunt Kylie French told the West Australian.

She lived in Hamilton and had been working on a farm after previously studying a trade apprenticeship.

“You hear about shark attacks, but never in a million years do you think it’ll be someone you know.”

A post-mortem examination took place on Friday, and it’s yet to be confirmed whether a shark was behind the attack.

Clinton Duffy, a marine scientist at the Department of Conservation, said many people had the mistaken perception that sharks were uncommon in New Zealand.

However, attacks were uncommon – he counted just 14 fatal attacks since 1840 – but people should always swim between the flags, and never alone at a non-patrolled beach.

Swimming should also be avoided at night, and where people are or have been fishing.

“For the most part, sharks are completely uninterested in humans, I’ve seen them myself swimming past people … taking no interest at all.”