Australian motorists’ growing appetite for big, fuel-guzzling utes and SUVs is all but wiping out the climate change benefits of a tripling in electric vehicle sales, prompting calls for stricter vehicle efficiency standards in a country viewed globally as a laggard.

The latest report on light vehicle emissions intensity by the National Transport Commission, a state and federal transport policy adviser, will show on Thursday that average carbon pollution from new cars sold in Australia fell just 2 per cent in 2021. 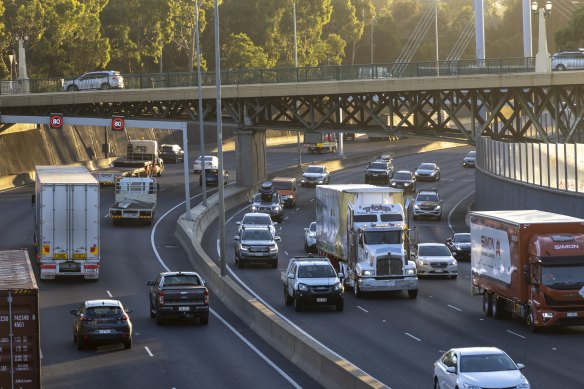 Electric vehicle sales almost tripled, to represent just under 3 per cent of new cars on our roads, but SUVs accounted for half of all new car sales last year, up from a quarter of sales 10 years ago, and there are few low-emission options for SUVs and utes on the market.

“We’ve got two trends happening at the same time, and they’re wiping one another out,” said Sandra McKay, head of facilitated reform at the transport commission.

“The most popular cars are SUVs and utes … and that’s what’s really tempering the overall improvement”.

Transport produces about 18 per cent of Australia’s carbon emissions, a proportion that has been rising steadily over the past 20 years. Cars contribute almost half of the sector’s emissions and light commercial vehicles a fifth.

“The emissions intensity of Australia’s vehicle fleet has essentially flat-lined at a time when other countries are pulling out all the stops.”

The explosion in popularity of large cars has meant small, more fuel-efficient cars have fallen from a quarter of all sales to just one in 10 in the past decade, the report says. And the growth in uptake of EVs in Australia also lags badly behind Europe, where 17 per cent of new sales are electric, China (16 per cent), the United States (5 per cent) and New Zealand (4.4 per cent).

Australia’s average emissions intensity for new passenger cars, SUVs and light commercial vehicles sold last year was 160 grams a kilometre, significantly higher than the European average of 115g/km. About 90 per cent of cars sold in Europe were rated at 160g/km or less, compared to 45 per cent here.

Jennifer Rayner, head of advocacy at the Climate Council, said the lack of a fuel or emissions standard for new cars had made Australia a dumping ground for older and dirty models that manufacturers could not sell in other markets.

“This new data is not surprising. The problem that we have is there is no incentive for big vehicle manufacturers to send the cleaner, cheaper more efficient cars to Australia,” she said.

Climate Change and Energy Minister Chris Bowen has flagged he might implement a vehicle emissions standard, similar to those in place in most developed nations, to drive down the cost of EVs and increase the number of models available for sale in Australia.

Rayner said Australia would need to set a standard as stringent as places like the EU – currently 95g/km and set to fall to 43g/km in 2030 – to provide incentives to manufacturers to send cleaner cars and more EVs here.

Audrey Quicke, a transport researcher at the Australia Institute, a left-leaning policy think tank, said as well as encouraging the uptake of low- and zero-emissions vehicles, subsidies for large, high-emissions vehicles needed to end.

“The current tax system allows small business owners to write off the costs of new utes and heavy-duty vehicles, encouraging graphic designers and hairdressers to drive around in one-tonne utes,” she said.

“The emissions intensity of Australia’s vehicle fleet has essentially flat-lined at a time when other countries are pulling out all the stops to reduce transport emissions and curb catastrophic climate change.”

Quicke said the latest figures from the National Transport Commission was a “wake-up call” that strong emissions standards in line with Europe’s were needed immediately.

Bowen has said the federal government would release a discussion paper on a national electric vehicle strategy later this month. Vehicle emissions standards generally do not ban high-emissions vehicles, but apply to the average emissions across a range of models sold, which encourages manufacturers to import more low and zero-emissions options.

The Abbott and Turnbull governments both considered higher fuel standards but never implemented them amid internal party conflict over climate change policy.

Research by the Australia Institute released last month argued that motorists would have saved $5.9 billion in fuel costs had the country adopted strong fuel efficiency standards in 2015, while removing 9 million tonnes of carbon dioxide emissions – close to what domestic airlines produce annually.