Wales will become first country in UK to ban smoking OUTSIDE as it passes law covering grounds of hospitals, schools and children’s playgrounds

Wales is set to be the first country in the UK to ban smoking outside.

The country will be extended its smoking ban to hospital grounds, school grounds and playgrounds by summer 2019.

The Welsh Goverment said the move will ‘further protect non-smokers from second-hand smoke’ and ‘de-normalise’ smoking for children and young people.

Health Secretary, Vaughan Gething, said: ‘I am proud that Wales continues to be at the forefront of UK action to reduce smoking and prevent young people from taking it up in the first place.

‘We have seen significant changes to the attitudes to smoking since 2007. Back then we received some resistance to change, but we have seen a remarkable culture-change and I am pleased our plan to extend smoke-free areas to outdoor public spaces has received overwhelming public support.

‘This is another step in the right direction to de-normalise smoking in Wales.’

Mr Gething previously visited the maternity unit at Glan Clwyd Hospital, where staff told him they received complaints from mothers about people smoking outside the hospital when entering and leaving with young babies. 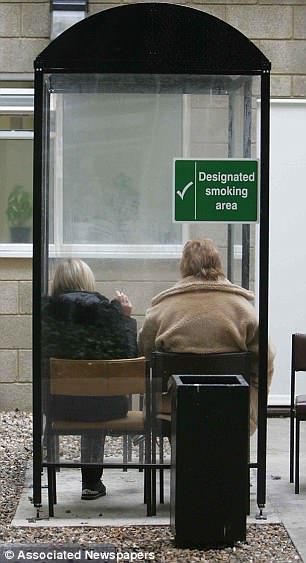 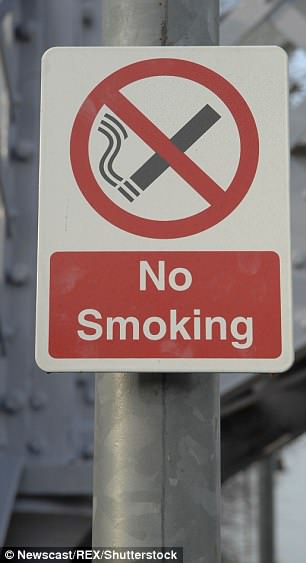 While most hospitals already have no smoking policies in their grounds, it is currently difficult for staff to enforce this.

The changes will make it illegal to smoke in the hospital grounds, with legal backing for fines for smokers breaking the rules, ‘therefore improving the environment for patients, visitors and staff,’ says the government.

Smoking contributes most to the current burden of disease in Wales, causing approximately 5,450 deaths each year and costing the NHS an estimated £302m annually.