A MAN wearing a Ku Klux Klan hood and robe was seen casually walking his dog near a freeway, prompting multiple phone calls to the police. 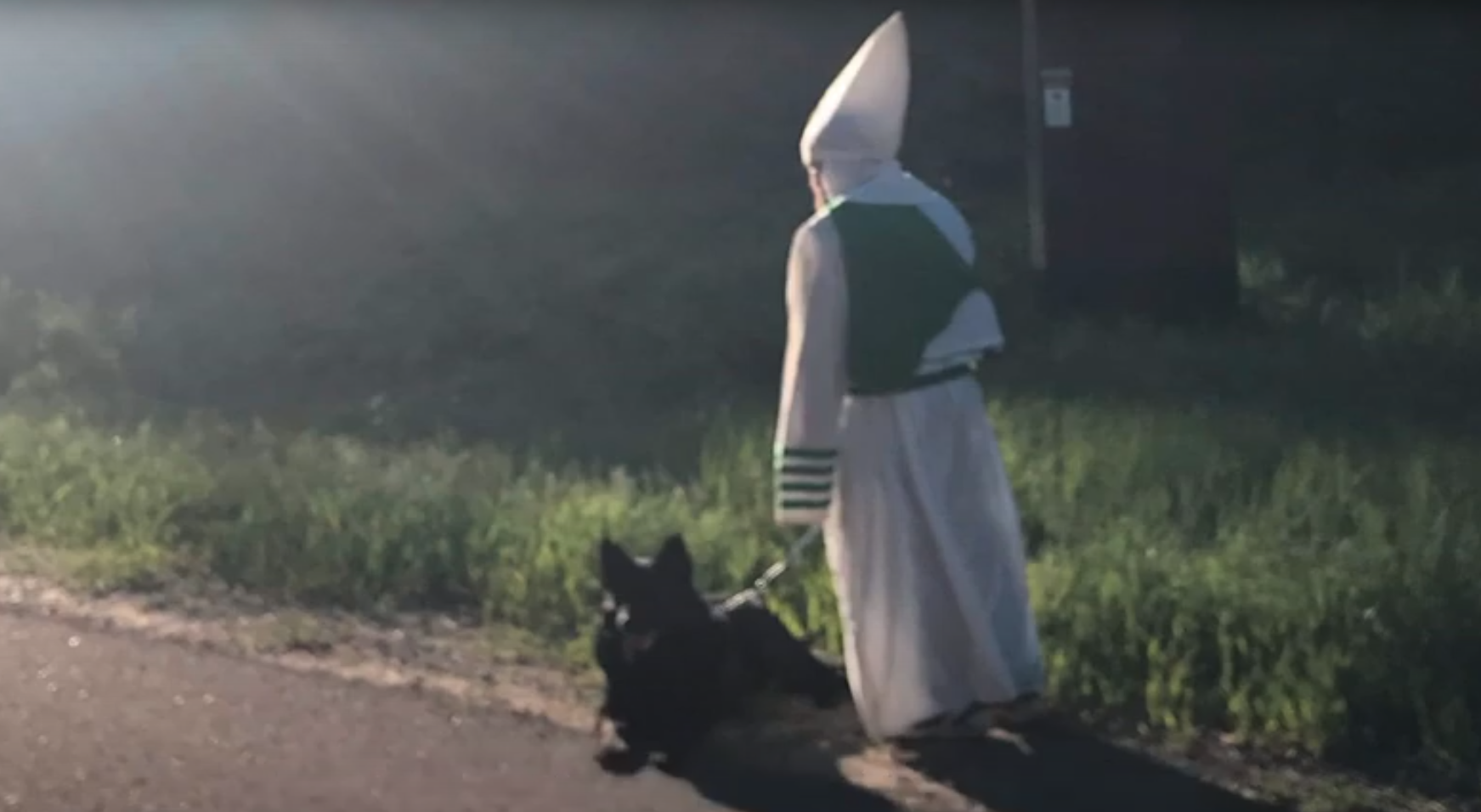 A deputy approached the 50-year-old man from Conover in his driveway after receiving at least three calls about him as he walked near Monheim Road and Highway K.

An employee at a nearby gas station reportedly requested extra police presence in the area "due to people's concerns about Charles Booth", according to the Milwaukee Journal Sentinel.

Sheriff Joseph Fath told WAOW that some passersby claimed they saw Booth strolling down the middle of the road.

In a statement posted to their Facebook page on Tuesday, sheriff's deputies said Booth won't face any charges for his hateful attire because he wasn't "creating a traffic hazard".

"Rumors have been circulating that he was jumping in traffic and throwing items at cars," deputies said.

"Neither of these circumstances were reported to Law Enforcement."

Fath told the Journal Sentinel on Monday that Booth told cops he was "just taking his dog for a walk", adding that he wasn't breaking any laws with his KKK uniform.

"It's a country road, it's not in anybody's particular neighborhood. It should not have bothered anybody," Fath told WFJW.

"I realize that that may be offensive to some people, but it's not a crime."

But the president of the Dane County NAACP chapter insists that Booth's "terrorist act" was intended to intimidate others.

"[Booth] intended to project what I believe to be white supremacist behaviors by wearing this garb," Gregory Jones told the Journal Sentinel.

"It is intended to create fear among people – even people who are not of color. [Vilas County residents] should be mindful and be willing to stand up and stay this is not acceptable in our country at all."

The Southern Poverty Law Center tracked 15 hate groups in Wisconsin in 2019 and has designated the KKK as a hate group.

According to Wisconsin Circuit Court Access, Booth was convicted of criminal damage to property in 2013.

He was convicted of second-offense Operating While Impaired and disorderly conduct, court records show.