It's Week 16, and Zach Wilson finally has his breakout NFL play.

The New York Jets rookie quarterback selected second overall in April's draft hasn't exactly taken the NFL by storm. But he flashed the athleticism that made him a dynamic prospect with a spectacular touchdown against the Jacksonville Jaguars on Sunday. He did so with his feet instead of his arm.

With New York facing third-and-5 near midfield in the first quarter, Wilson faced a six-man blitz that his offensive line was't prepared for. But Wilson was ready. He escaped the swarm of pressure to find the field wide open to his right and took off running.

About 20 yards past picking up the first down, Wilson headed toward the sideline. But he didn't go out of bounds. Jaguars defenders didn't lay a hand on him, so he tiptoed the sideline and cut back inside to find the end zone for a 52-yard touchdown run. 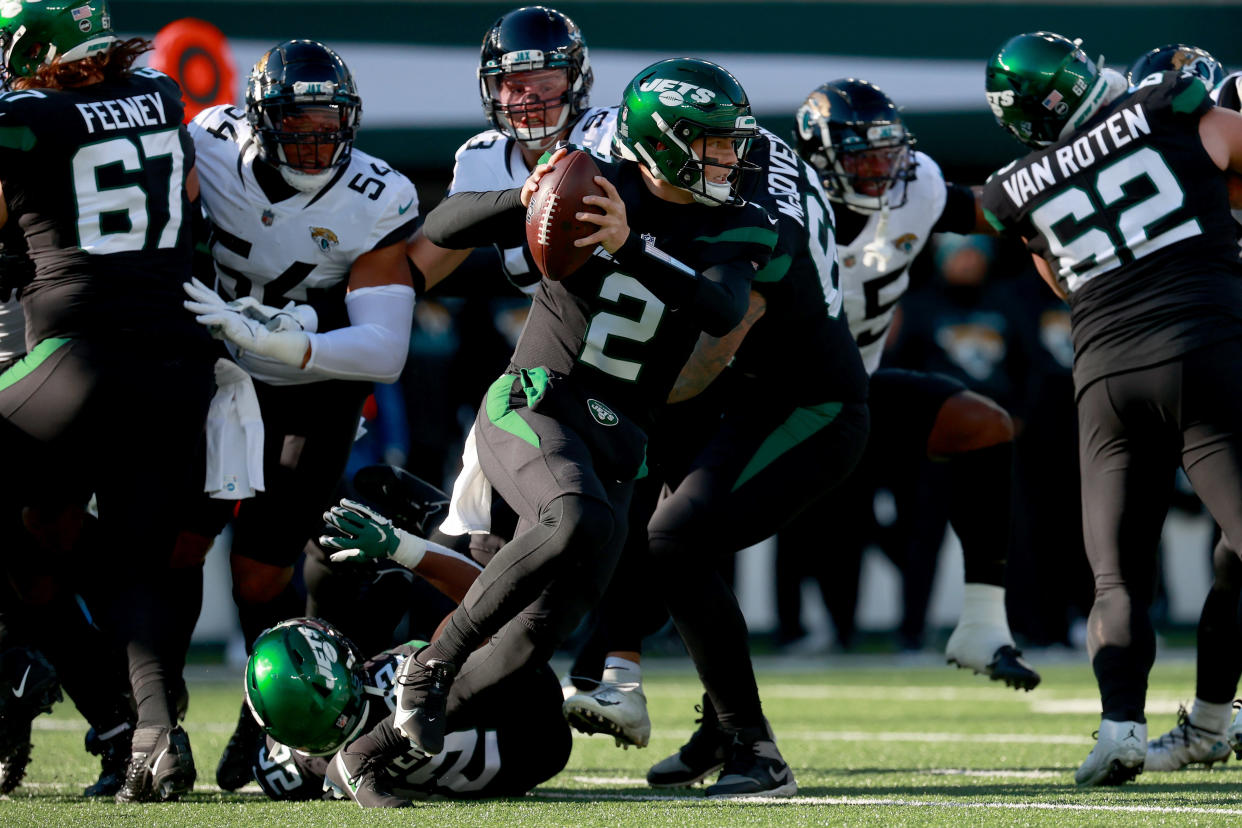 The play drew immediate comparisons to Kenny Pickett's touchdown run for Pitt against Wake Forest in the ACC championship game. On that run, Pickett faked a slide, then continued for 40 more yards after Demon Deacon defenders let their guard down thinking he was giving himself up.

That run drew widespread condemnation and prompted the NCAA to declare that, no, he shouldn't have been allowed to do that. He should have instead been called down at the point he initiated the fake slide. The slide rule, after all, is put in place to protect Pickett and other quarterbacks — they shouldn't be allowed to abuse it for their own gain.

But is that really comparable to what Wilson did against the Jags? Yes, he ran toward the sideline. But running toward the sideline isn't giving one's self up. And when one Jags defender pulled up early and another completely whiffed on a tackle, Wilson was under no obligation to go out of bounds just because.

Wilson made a great run. Jaguars defenders helped him out by not doing their jobs. There's no shame in any of that for Wilson.