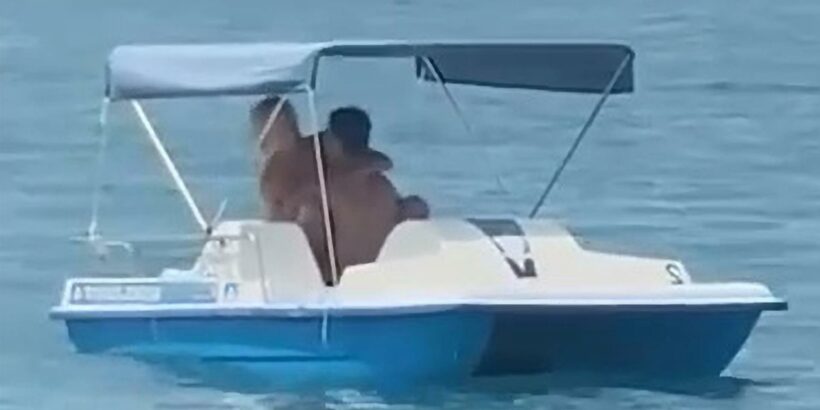 THIS is the moment a randy couple shamelessly romped on a pedalo as stunned tourists watched on.

The passionate pair were caught in the act on camera in broad daylight – much to the amusement of onlookers. 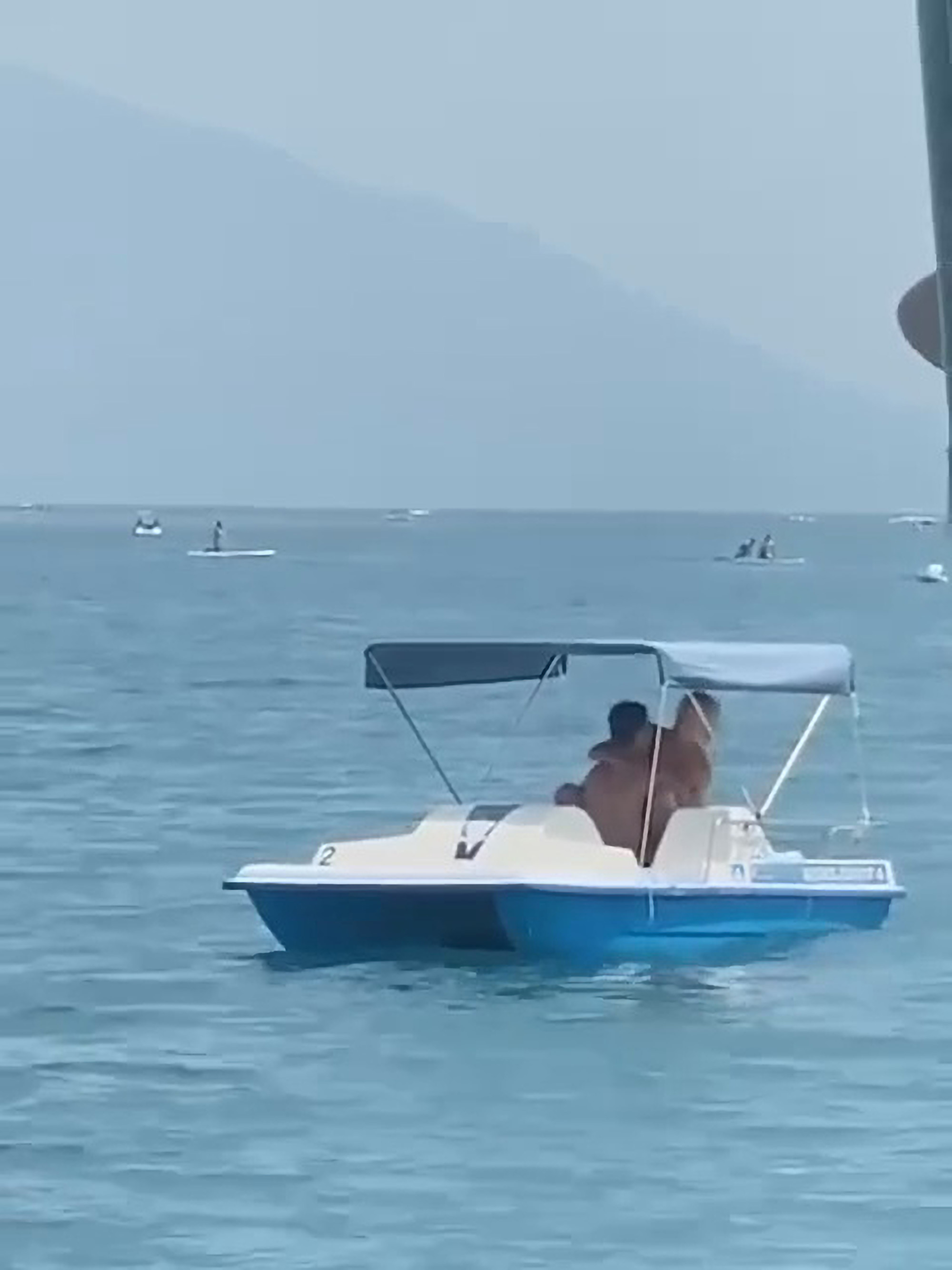 Footage shows the brazen couple appearing to have sex on a boat off the coast of Sochi, Russia, as others used paddleboards close by.

The blonde woman can be seen making thrusting movements and moving her legs.

Those filming the steamy session from a boat just yards away can be heard giggling and looking embarrassed.

It is unclear whether the incident is being investigated by the authorities. 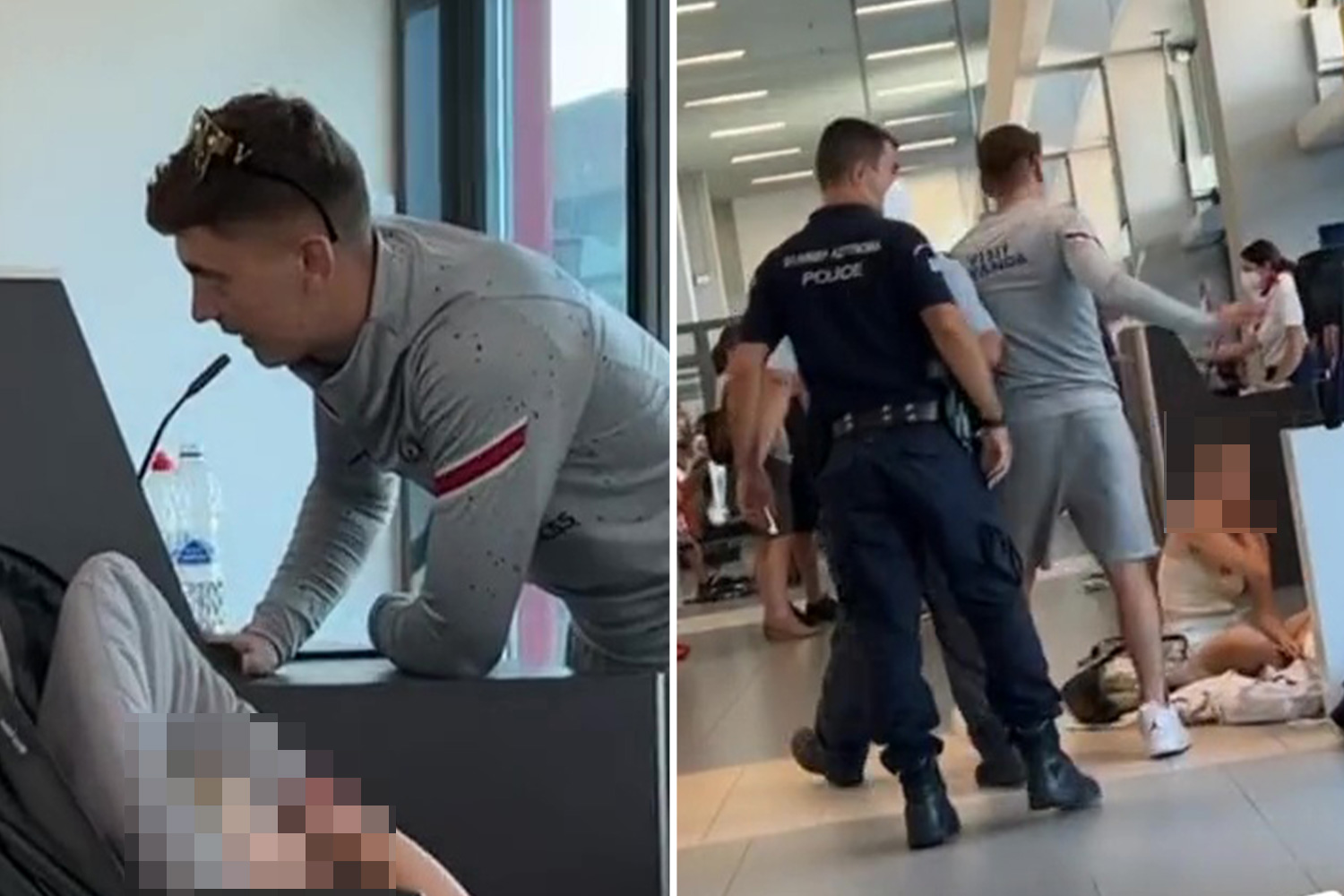 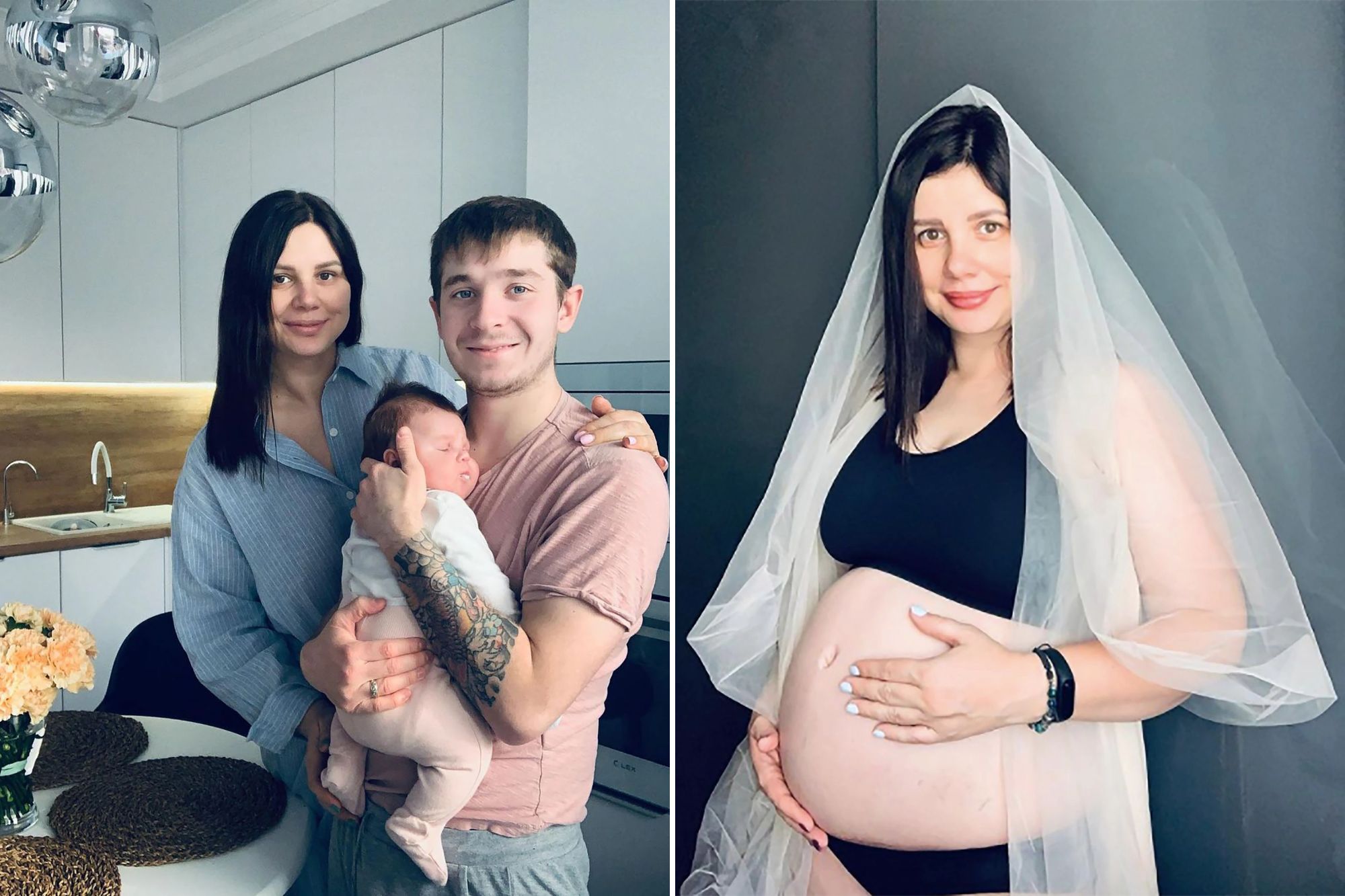 Meanwhile, another couple were spotted appearing to have sex over a car bonnet at the side of the road on a Google Street View camera.

A man swigging a beer with one hand could be seen with his shorts part-way down while standing behind his partner on a highway in South Australia.

And another couple were caught having sex three times in court on CCTV – moments before the woman was due to go before a judge.

The promiscuous duo were sentenced to 60 hours of community service each over the raunchy act.

Shameka Julie Leeding, 19, was due in front of Toowoomba Magistrates Court in Australia on June 28 for an unrelated charge when she got frisky with her 20-year-old partner Jake James Quinn in a packed court foyer.

According to police prosecutor Cameron Francis, Leeding was caught straddling Quinn on camera as the couple kissed "vigorously" at about 9.40am that morning.

Leeding was then seen lifting up her skirt and positioned herself on top of Quinn and began moving up and down.

Security approached the feckless couple and Leeding jumped off Quinn, who then attempted to cover himself.

Once security was out of sight, the randy couple got at it again.

A volunteer court staff member interrupted them but the couple continued on for a third time once they left the area.