Mae Sai: Floodwaters have reached near the entrance of a Thai cave despite attempts to drain the water so rescuers can search further into the complex for 12 boys and their soccer coach now missing for a sixth day. 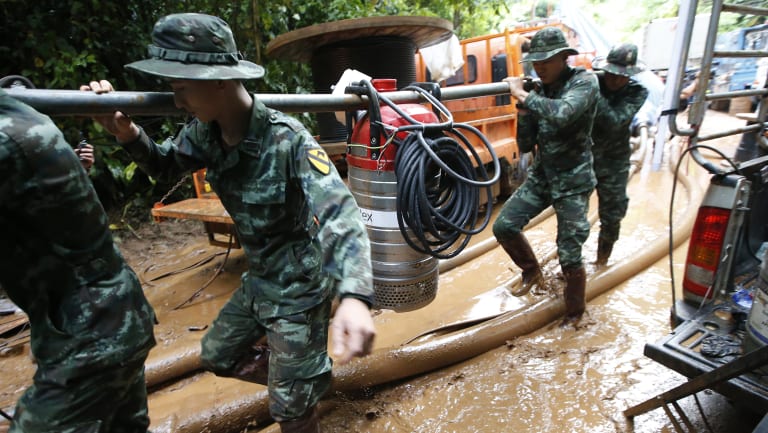 Thai soldiers carry a water pump to drain the water from the cave in Mae Sai, northern Thailand, on Friday.

An effort to drill a hole from outside seemed to succeed initially, causing water to gush out. But the chambers and passageways that lead farther into the cave remain flooded, thwarting rescuers' advance.

Ekchawin Longpinit from Thai Underground Water Department said the team that dug until 1am to a depth of 30 metres did not found any wells that would successfully drain water. About a dozen workers were drilling at the same spot on Friday morning. 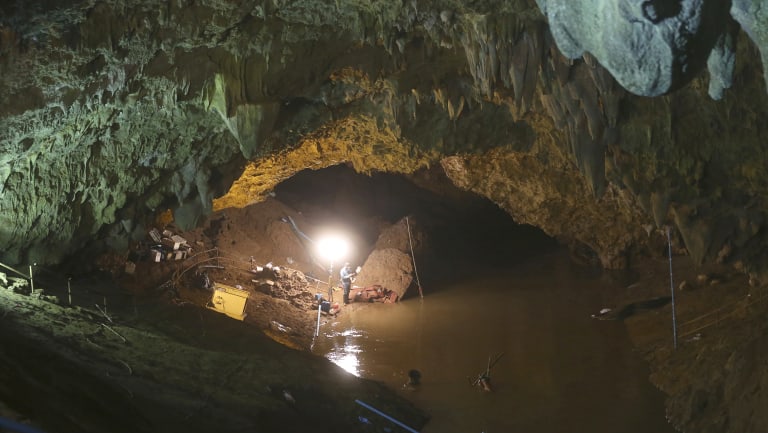 Thai rescuers work at the entrance to a cave early on Friday.