A millionaire landlord could be slapped with an ‘unlimited’ fine after leaving a wheelchair-bound tenant without hot water for five months.

Judith Wilson, 68, is the wife of controversial buy-to-let tycoon Fergus Wilson, 70, who is thought to be worth some £180 million.

The couple were previously among the UK’s largest housing investors but say they have started to sell up their Kent housing empire ‘because of their age.’

Wilson was found guilty of failing to comply with an enforcement notice ordering her to supply hot water to a disabled tenant and must now reveal her wealth to a court as a judge has the power to sentence her with an unlimited fine. 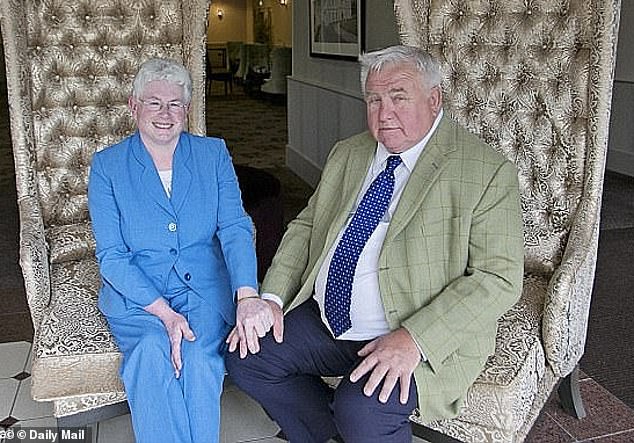 Judith Wilson, 68, is the wife of controversial buy-to-let tycoon Fergus Wilson, 70, who is thought to be worth some £180 million

District Judge Justin Barron said Wilson would suffer a ‘punitive fine’ and said her husband, who deals with complaints, failed to assist the council with the enforcement order.

But in a statement outside court, Fergus Wilson said the ruling would ‘accelerate the rate’ tenants are evicted as the couple look to sell up their housing empire.

Mr Wilson said: ‘Let’s see what happens with the fine, but it means we will be selling more properties.

‘We were selling up anyway because of our age – I could drop dead tomorrow.

‘We won’t be giving people notice to quit over the Christmas period and to be honest we would sell the whole lot tomorrow if we could.

‘We won’t put all the homes on the market at once because that would mean house prices will drop.’ 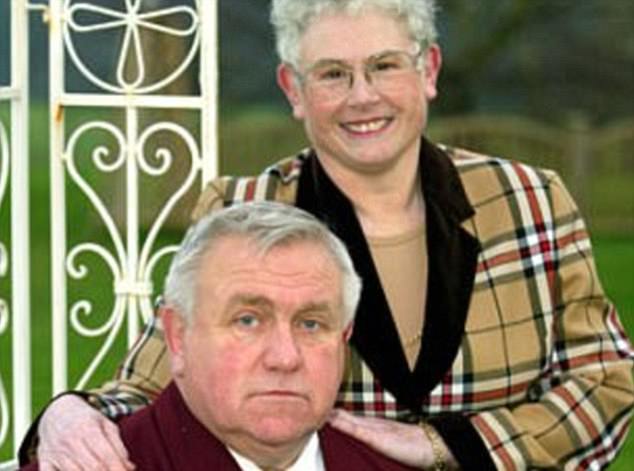 ‘Buy to let’ millionaires Fergus and Judith Wilson from Kent. Judith Wilson must now reveal her wealth to a court as a judge has the power to sentence her with an unlimited fine

Ben Leb, defending, claimed Mr and Mrs Manser had denied Mrs Wilson access to the property in Kingsnorth and had damaged the water system which caused the home to flood.

But prosecutor Sophie Gray said Wilson had ‘fabricated’ stories that she made attempts to restore the boiler, and showed ‘clear disregard’ for the couple.

Jude Barron said: ‘Mr Wilson and Mrs Wilson had every opportunity to resolve the issues but Mr Wilson was consistently difficult and stubbornly refused to make any genuine commitment to the council to get the work carried out.

‘As a consequence of my findings my decision is that Mrs Wilson failed to comply with the requirements of the abatement notice, and did not have a reasonable excuse for that failure.’

The case was adjourned for sentencing on December 11 at Folkestone Magistrates’ Court. 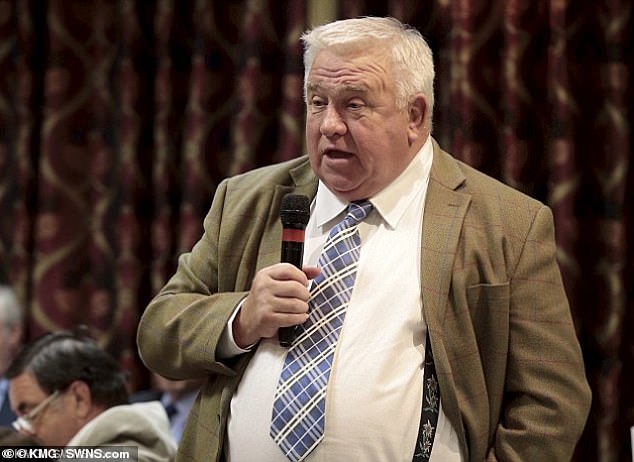 The council said the ruling was a ‘powerful reminder’ to private sector landlords that there will be serious consequences if they fail to deal fairly with their tenants.

This comes after Mr Wilson – who is believed to own more than 400 homes across the south of England – declared he was evicting mothers and ramping up rent payments on hundreds of homes within an hour of the Bank of England’s 0.25 per cent interest rate rise.

He was once hauled before the courts for banning ‘coloured people because of the curry smell at the end of the tenancy’ – and barred single parents claiming it was too hard to evict them. 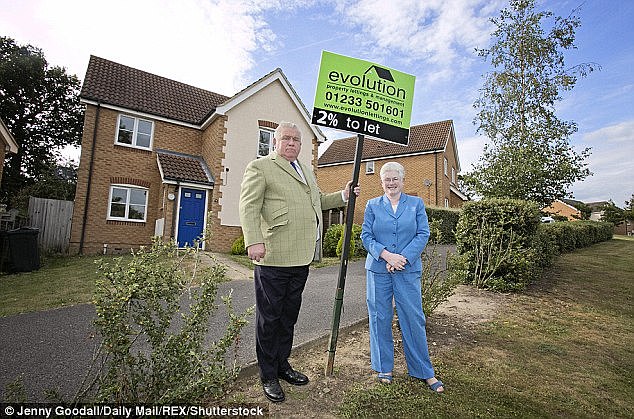 District Judge Justin Barron said Wilson would suffer a ‘punitive fine’ and said her husband, who deals with complaints, failed to assist the council with the enforcement order 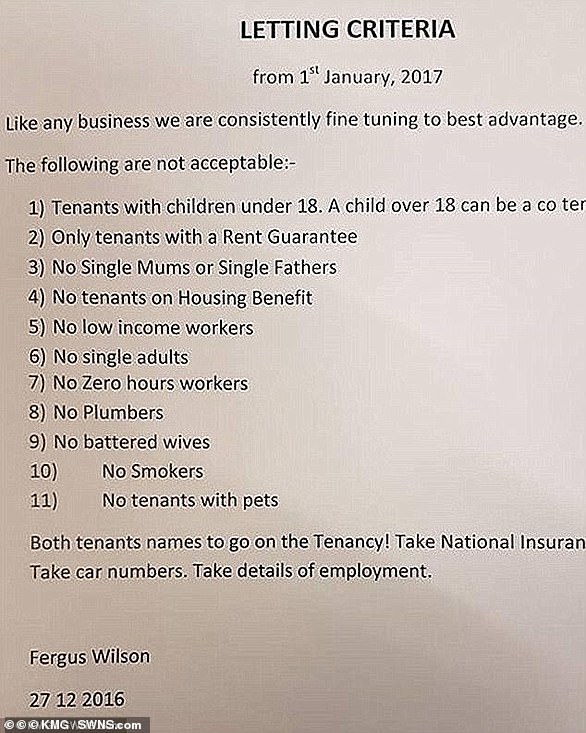 Fergus Wilson said it was an ‘economic decision’ made after he was left £12,000 out of pocket from ridding a home and its carpets of food odour smells.

He maintained his diktat is not racist because he is happy to rent to ‘n*****s’ because ‘they haven’t generated a curry smell at the end of the tenancy’.

He said: ‘How many white people are going to go into a house that smells of curry and are going to buy the house? They are just going to walk away like me and not make an offer.’

Mr Wilson said he felt sorry for victims of domestic abuse but said he rarely gets any money back when their rented homes are damaged.

He said: ‘It costs us money and we basically have all the trouble of putting it back together again. You have the property empty for a couple of months if something like paint has been thrown around. If we don’t take battered wives, this doesn’t happen’.

The multi-millionaire said if he rents to plumbers they ‘come up with jobs that don’t need doing’.

He said: ‘We have had a disproportionate amount ringing up and them saying ‘this needs doing, that needs doing and I’ll send you a bill’, and you think ‘Christ, they are having me on’.’

Mr Wilson said single parents can  pose a problem as it can take up to 13 months to get a possession order if he decides to sell.

He said: ‘The system is against single people, but most of my properties are family homes. If ever a person came in wearing pink socks and defaulted on rent, and it became a regular problem, then we would stop renting to people who wear pink socks’.