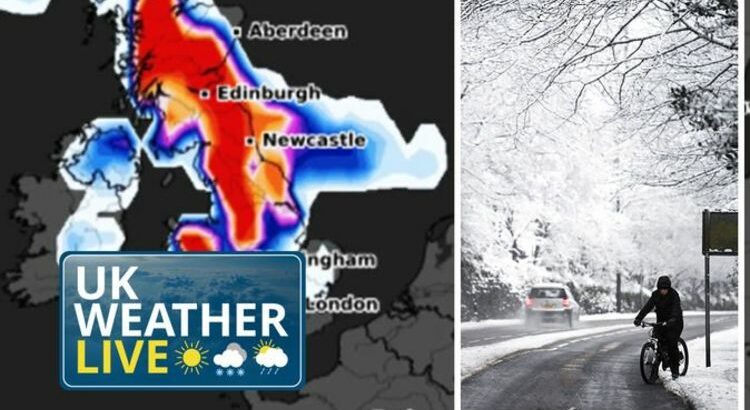 Storm Christoph has wreaked havoc across the UK, bringing fierce winds, torrential rain and heavy snow as temperatures sink. Prime Minister Boris Johnson has urged people to heed the flood warnings and evacuate their properties when told to do so. Met Office warnings for snow, ice and rain are in place across the UK as the winter storm continues.

Follow express.co.uk’s live weather updates below – all times in GMT 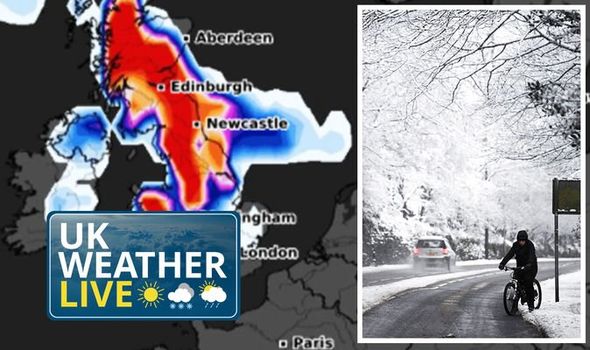 8.26am update: Yet more snow on the way – Met Office warnings in place

Met Office warnings for snow are in place today into Friday as Storm Christoph tracks away from the country.

The Met Office warns: “Persistent rain over Scotland and the far north of England will increasingly fall as snow above around 100 m during Wednesday afternoon and especially overnight into Thursday.

“Rain is more likely on lowest ground near the east coast and may bring some localised surface water flooding.”

A further warning for snow is in place for Central, Tayside & Fife, Grampian 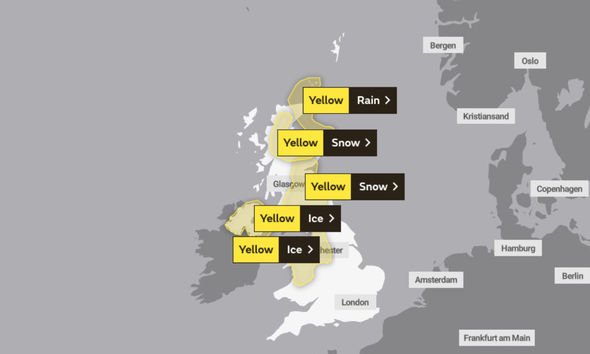 7.44am update: More than 400 flood warnings in place as deluge continues

The Environment Agency has issued more than 400 flood warnings, with four the highest level – severe.

Severe flood warnings mean there is a danger to life, and they are in place for 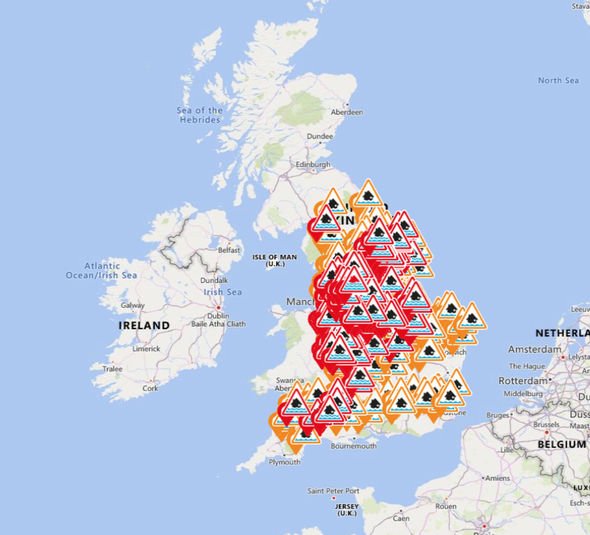 Mr Johnson said steps were being taken to ensure the transport and energy networks were prepared so electricity outages would not be “severe” and that there were sufficient supplies of sandbags.

He told reporters: “There are some times where I have been to scenes where, alas, people have decided not to obey the advice and not evacuated.

“It is their right not to do so if they choose – it’s always people’s right to stay wherever they are.

“But it really is advisable – follow the advice. If you are told to leave your home then you should do so.”

Lib Dem councillor Richard Kilpatrick said he was among those who had to evacuate overnight after police came knocking on doors in The Beeches in Didsbury, with the local mosque opening its doors.

He told Manchester Evening News: “The atmosphere has been a mixture of anxiety and disbelief I think. I helped door knocking to inform residents.

“We are fine and spirits are high. We just don’t expect it to happen here, the defences have always been enough.”