The widow of a former Welsh Government minister who was found dead while facing a sexual misconduct allegation has been granted the right to challenge the inquiry into his sacking.

Carl Sargeant, 49, was found hanged at his home last November, four days after being removed from his role as cabinet secretary for communities and children while facing allegations of sexual harassment, inappropriate touching and groping.

His widow Bernie, also 49, was given the go ahead to challenge the legality of a government inquiry into his actions after raising concerns that the investigation could become a ‘cover-up’. 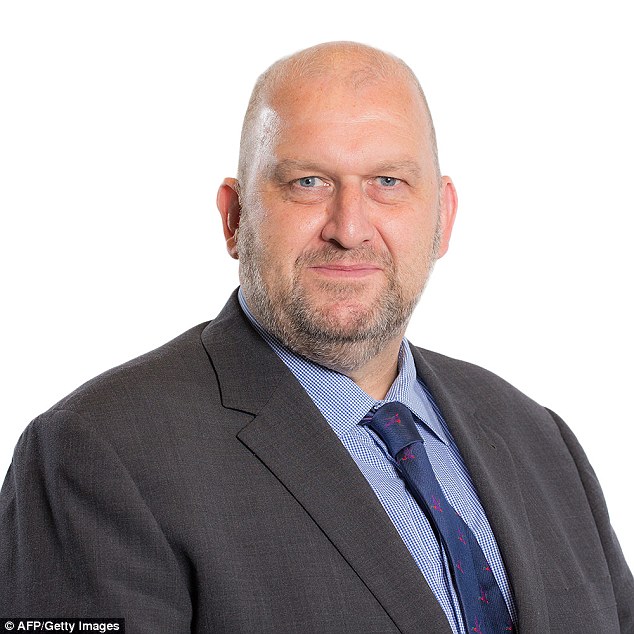 The widow of former Welsh Government minister Carl Sargeant, pictured, has won the right to challenge the legality of an inquiry which led to his sacking while facing allegations of sexual misconduct. Mr Sargeant, 49, was found dead last November days after his sacking

A judge in London granted Mrs Sargeant permission for a judicial review, ruling that she had an ‘arguable case’.

A full hearing is expected to take place in Cardiff on a date to be fixed.

The politician, from Connah’s Quay, North Wales, was suspended from the Labour Party over allegations of ‘unwanted attention, inappropriate touching or groping’ on November 3.

His family have said he was not told the details of what he was accused of and was unable to properly defend himself.

The father-of-two was found dead at his home on November 7.

An investigation into the way Carl Sargeant was treated by First Minister Carwyn Jones had been suspended pending today’s hearing at the High Court over how it should proceed.

The First Minister announced an independent inquiry into how he handled his former minister’s sacking.

The High Court action was launched to challenge the ‘unlawful’ decision-making of the First Minister of Wales and the Permanent Secretary to the Welsh Government in relation to the investigation’s operational protocol, which will govern how it will proceed. 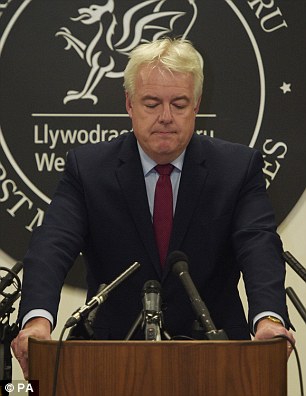 Bernie Sargeant took the case to the High Court arguing the decision making of First Minister of Wales Carwyn Jones, pictured, was ‘unlawful’

Mrs Sargeant’s lawyers say she is challenging a number of decisions.

Nathalie Lieven QC, for Mrs Sargeant, argued before Mr Justice Supperstone that the way the terms of the investigation had been set amounted to a ‘flagrant breach of natural justice’.

When news of the legal action was announced, Mrs Sargeant said: ‘We have a right to be able to hear and challenge the evidence.

‘Please believe me, we are not trying to be obstructive, we just want to get to the truth and feel that we have a great deal to offer the inquiry. We don’t want to be excluded.’

She said: ‘All I want is to understand and process why my husband is no longer here.

‘This whole thing just adds agony to heartbreak, but I owe it to Carl to get the full picture.’

A spokesman for the First Minister has said: ‘This is not, and was never intended to be, a public inquiry. Nor is it an investigation into the tragic death of Carl Sargeant.’

He said: ‘The First Minister established this investigation voluntarily, solely and specifically to give independent scrutiny of the actions and decisions which he took in relation to Carl Sargeant at the time of the ministerial reshuffle last November.’

Mr Justice Supperstone heard the argument on Mrs Sargeant’s behalf following an earlier rejection of her case by another judge who reviewed her application on paper. 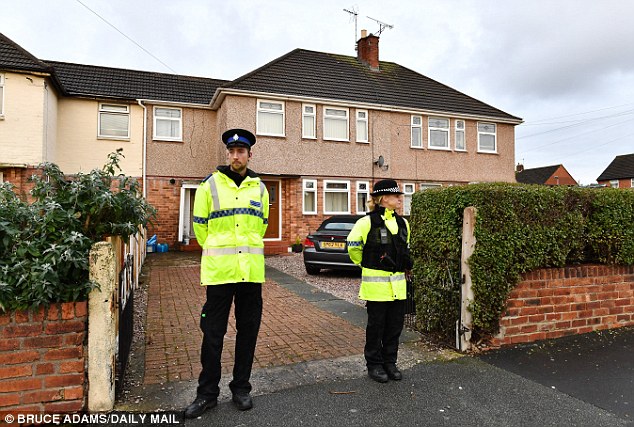 Mr Sargeant was found hanged at his home in November 2017, pictured

They said in a statement: ‘Carl was not informed of any of the detail of the allegations against him, despite requests and warnings regarding his mental welfare’.

Friends and colleagues have said the former Welsh cabinet member had been ‘thrown to the wolves’.

Writing the day before his death, Mr Sargeant’s lawyer warned that the case was causing him anxiety and distress and that any delays in concluding the party’s investigation would be ‘prejudicial… to his physical and mental well-being’.

He noted the party had confirmed that no ‘parallel investigations’ – such as a police inquiry – were being conducted.