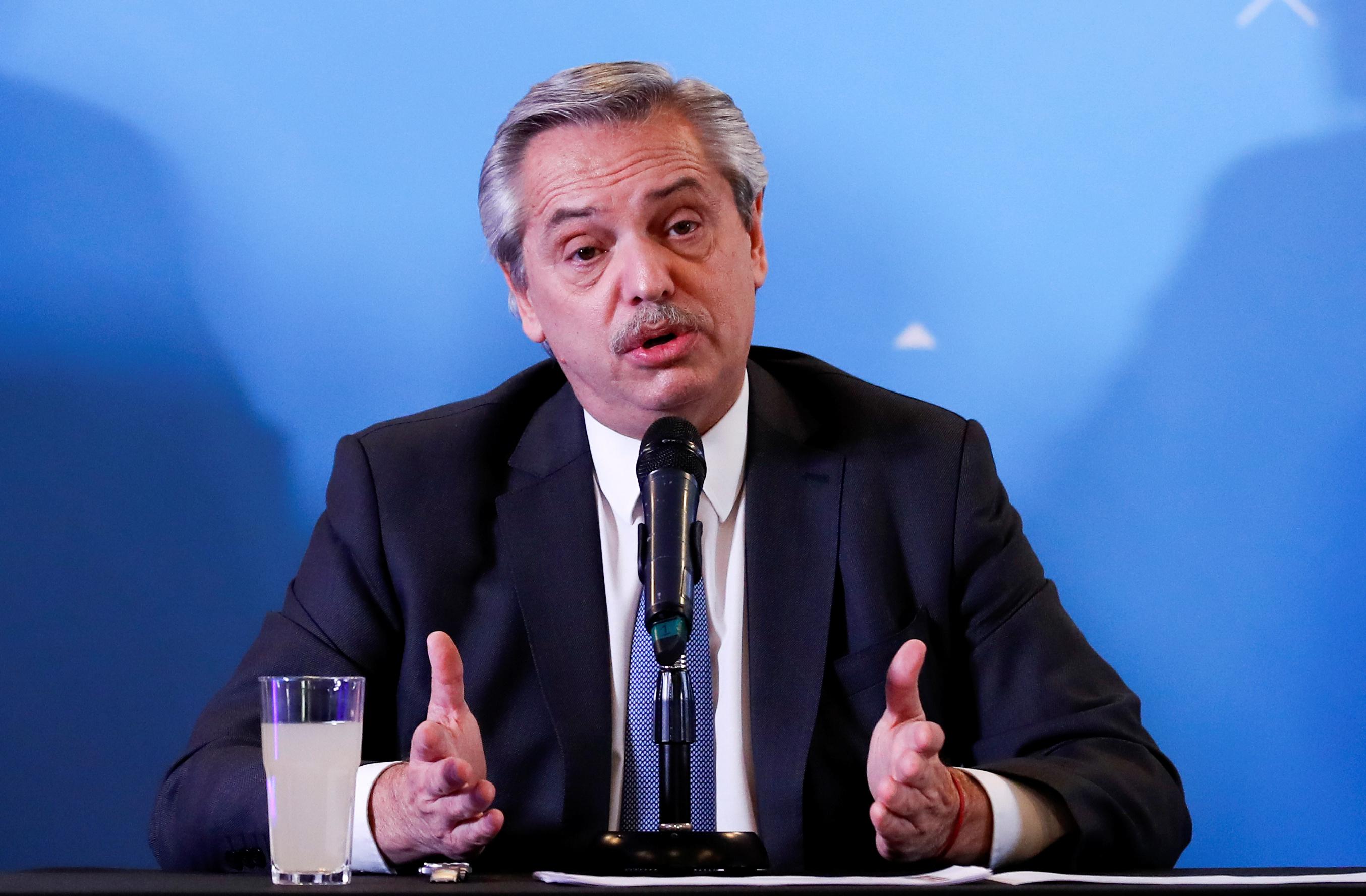 Fernandez supporters gathered in the morning in the historical Plaza de Mayo in the center of Buenos Aires, waving banners and beating drums while food vendors grilled “choripan” sausages in the summer heat.

The 60-year-old center-left politician will be sworn in by lawmakers in the Congress building at around 11 a.m. (1400 GMT) before taking an oath in front of his newly appointed ministers at the Casa Rosada presidential palace.

Fernandez’s arrival marks a return of Argentina’s powerful left-leaning Peronist political flank, including his divisive Vice President Cristina Fernandez de Kirchner, a rockstar populist who clashed with investors and farmers during her twin terms between 2007-2015.

The new administration is expected to usher in growth-focused policies after unpopular austerity under Macri, which could strain already depleted state coffers.

Colorful banners hung around the central city square on Tuesday, many from unions and grassroots organizations who helped drive the Peronists back to power. T-shirts with the face of Fernandez de Kirchner read “We’re back.”

Supporters hope Fernandez can tackle annual inflation running above 50%, poverty approaching 40% amid recession, and tricky restructuring talks over around $100 billion in sovereign debt with lenders including the International Monetary Fund.

“These past four years were terrible for me economically,” said Rafael Mantero, 45, a food vendor from the city of Rosario, who said he voted for Fernandez because he had seen his sales fall by around half in the last couple of years under Macri.

“Today though there is going to be a party.”

In a reflection of shifting political allies, Cuban President Miguel Diaz-Canel will attend the ceremony, but Brazil’s right-wing leader, Jair Bolsonaro, who has clashed publicly with Fernandez, will not.

It’s the first time since 2002 a Brazilian president has not attended the inauguration in Buenos Aires.

At front and center for hard-hit Argentines, investors and markets are Fernandez’s plans for Latin America’s no. 3 economy. He picked Martín Guzmán, a young disciple of the Nobel Prize winner Joseph Stiglitz, to head the economy ministry last week.

Many investors have been worried about Fernandez ushering in greater state intervention, as happened under his vice president, during her back-to-back administrations between 2007 and 2015.

Fernandez, a political operator who burst into the limelight just this year, will need to balance varied demands of his broad Peronist coalition and pressure from Macri’s weakened, though still influential, party.

With little financial firepower, Fernandez has worker unions demanding wage increases to make up for high inflation and charities calling for an increase in subsidies for the poor.

“The first thing we are going to do is start working on the issue of hunger. At the same time, we will get to work on the issue of debt,” Fernandez told Radio Con Vos on Tuesday.

“He needs to do a rapid maneuver to get the economy started again, which will all depend on how he is able to handle the debt.”