Notices posted by Jewish settlers feature Mahmoud Abbas in the crosshairs and labelled a ‘supporter of terrorists’. 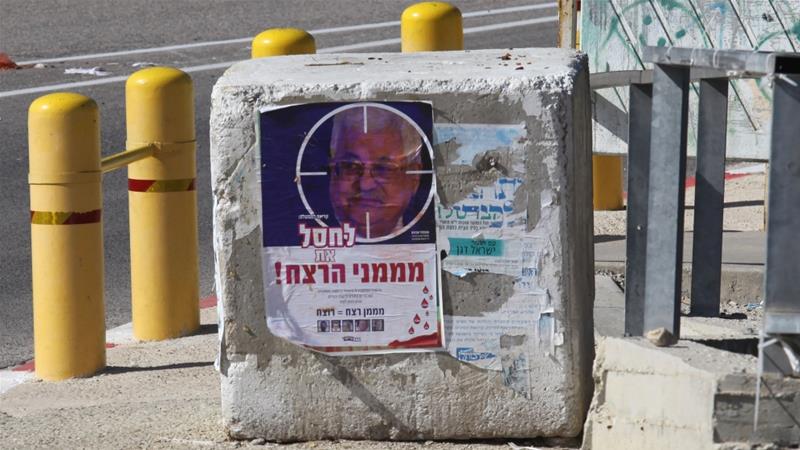 The posters were stuck on concrete blocks by the Huwwara intersection near the city of Nablus.

According to local news agency Maan, the Israeli army, deployed in the area, did not remove these posters.

The notice, which featured Abbas caught in the crosshairs, labelled him a “supporter of terrorists”.

In a statement, the Palestinian Authority said the threats to kill Abbas “crossed all red lines”.

In their weekly meeting in Ramallah, the PA’s Council of Ministers strongly condemned the settlers’ overt calls to attack Abbas, and said they are taking the threats very seriously.

Headed by Prime Minister Rami Hamdallah, the council called on the international community to also voice its condemnation, and said it holds the Israeli government fully responsible for the consequences of what it  termed a “provocative incitement” to assassinate the president.

The council also condemned the Israeli raids of Palestinian cities, towns and villages on Monday in Area A – which as stipulated by the Oslo Accords is under Palestinian civil and security control.

Israeli military vehicles and soldiers carried out incursions in Ramallah, the de facto capital city of the PA, and stormed the headquarters of its official news agency Wafa and prevented staff from leaving the building. 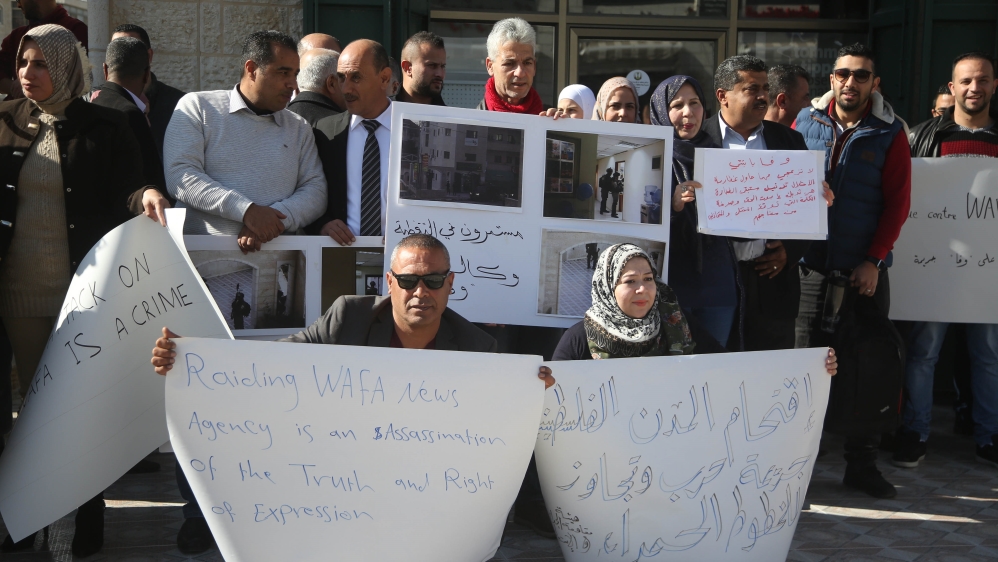 The raids were carried out to allegedly search for the suspect who shot and wounded seven Jewish settlers on Sunday night from a moving vehicle near the illegal Ofra settlement, east of Ramallah.

Saeb Erekat, the secretary of the Palestine Liberation Organization (PLO), called the threats against Abbas as “a declaration of the public assassination of the peace path pursued by the president and the Palestinian leadership”.

“It is a call for dragging the region to clashes and violence, for which the occupation government and [US President Donald] Trump administration … will be responsible for,” Erekat said in a statement.

US-sponsored peace talks between the PA and Israel collapsed in 2014 over Israel’s refusal to halt settlement building in the occupied West Bank.