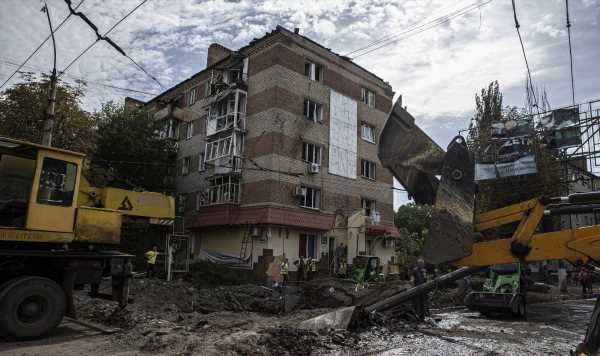 Ukraine: 'We must stand up for sovereignty' says Shmigel

Author Pete Shmigel argued the West must make sureUkraine prevails in its fight against Russia as he explained if it doesn’t “stand up the legal principle of sovereignty, then big bad bullies such as China will do whatever they like”. Referring to Ukraine war and Russian troops in south-east Ukraine, he forecasted “a very long winter for the Russian occupiers” as Ukrainian troops are now preparing to re-take control over Kharkiv.

“If we don’t stand up for that legal principle then China or anybody else who wants to play around in our neighbourhood has essentially an imprimatur to do so.

“If international legal frameworks don’t matter, then big bad bullies will do whatever they like.

“There is a lot at stake here, and it is more than just people that happen to love.” 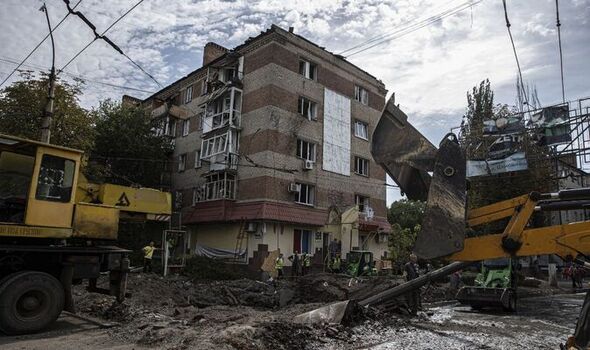 The comments came Sky News Australia presenter Chris Kenny pointed out: “There is a geo-strategic argument that’s increasingly being made about Ukraine, which I think it’s very helpful to the Ukrainian people.

“A lot of quite informed observers, including former Foreign Minister for Australia Alexander Downer, are saying that if Russia is allowed to get away with annexing Ukraine then that would be a green light to China and Taiwan.

“So in order to maintain the balance of power in East Asia, the West must make sure that Ukraine prevails.”

Referring to Ukraine war and latest development which see Ukrainian forces now preparing to launch a counter attack in Russian-controlled Kharkiv, Mr Shmigel said: “The West has committed an extraordinary amount of defensive equipment to Ukraine, and it’s in the interest of the West to do so not just Ukraine.

“What you see now is all sorts of Russian bases that were further away from the front lines now being taken out by HIMARS and Howitzers and all sorts of long-range artillery that the Ukrainians have.

“They are very actively laying the groundwork for a new counter attack in the south towards Kherson, which is the only major city that’s been occupied by the Russians.

“In some respects it’s going to be a very long winter for the Russian occupiers of Ukraine as the Ukrainians move into a counter attack”.

The comments came as reports from Ukraine seem to confirm that Ukrainian troops have successfully attacked Wagner base, a military base used by a Russian paramilitary group, as well as a bridge near the Russian-occupied city of Melitopol. 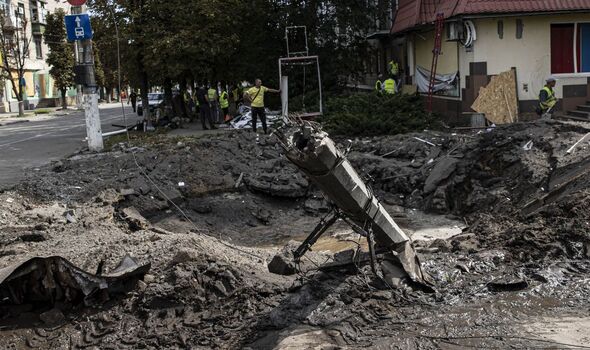 The base was established in 2014 in support pro-Russian separatists in easter Ukraine amid Crimea referendum which resulted in the annexation of the peninsula to Russia.

Since the beginning of the Ukraine war in February, Russia has been using the Russian-controlled peninsula as a propagandistic launching platform for its invasion.

The reports on Wagner base came together with updates from Ukrainian officials in the eastern region of Donetsk which seem to confirm that on Monday at least three Ukrainian civilians have been killed and 13 wounded in artillery shelling from the Russian military.

According to Reuters, the shelling has damaged dozens of residential buildings and civilian infrastructures.

READ NEXT:
Tories STILL want Boris to stay as PM rather than hand over reins
Corbyn ally Mick Lynch sides with RUSSIA in blaming West for war
Armed police rush to South London as people warned ‘stay inside’
M1 traffic: Drivers stopped as police and firefighters rush to crash
Protestors barricade themselves around immigration vehicles