Sharing the video on Twitter, the West Wing star told her followers how a fellow motorist urged him to pull over after seeing a problem. 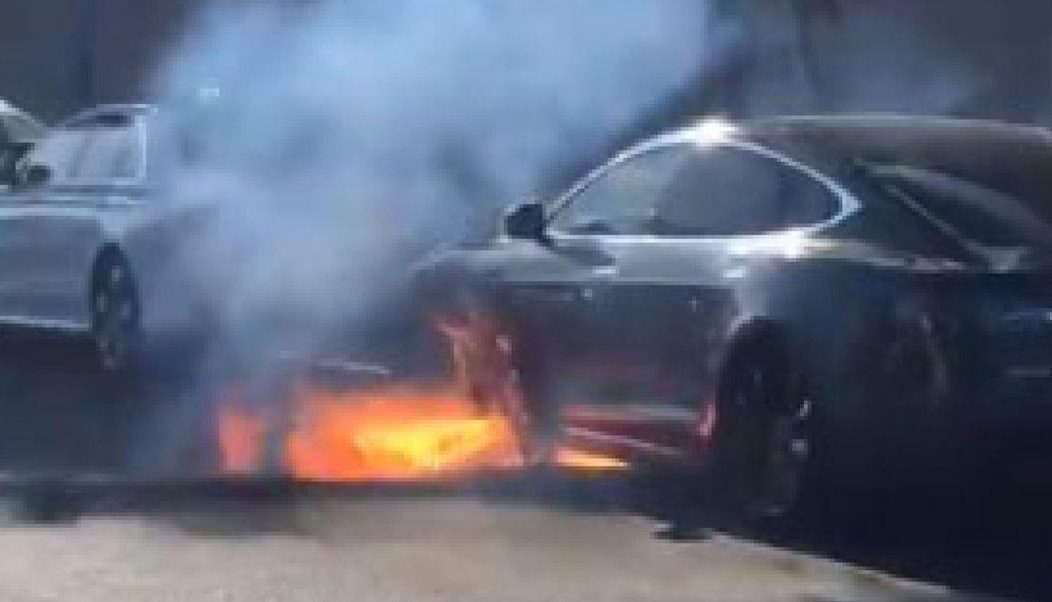 She said: "@Tesla This is what happened to my husband and his car today.

"No accident, out of the blue, in traffic on Santa Monica Blvd.

"Thank you to the kind couple who flagged him down and told him to pull over.

"And thank god my three little girls weren’t in the car with him." 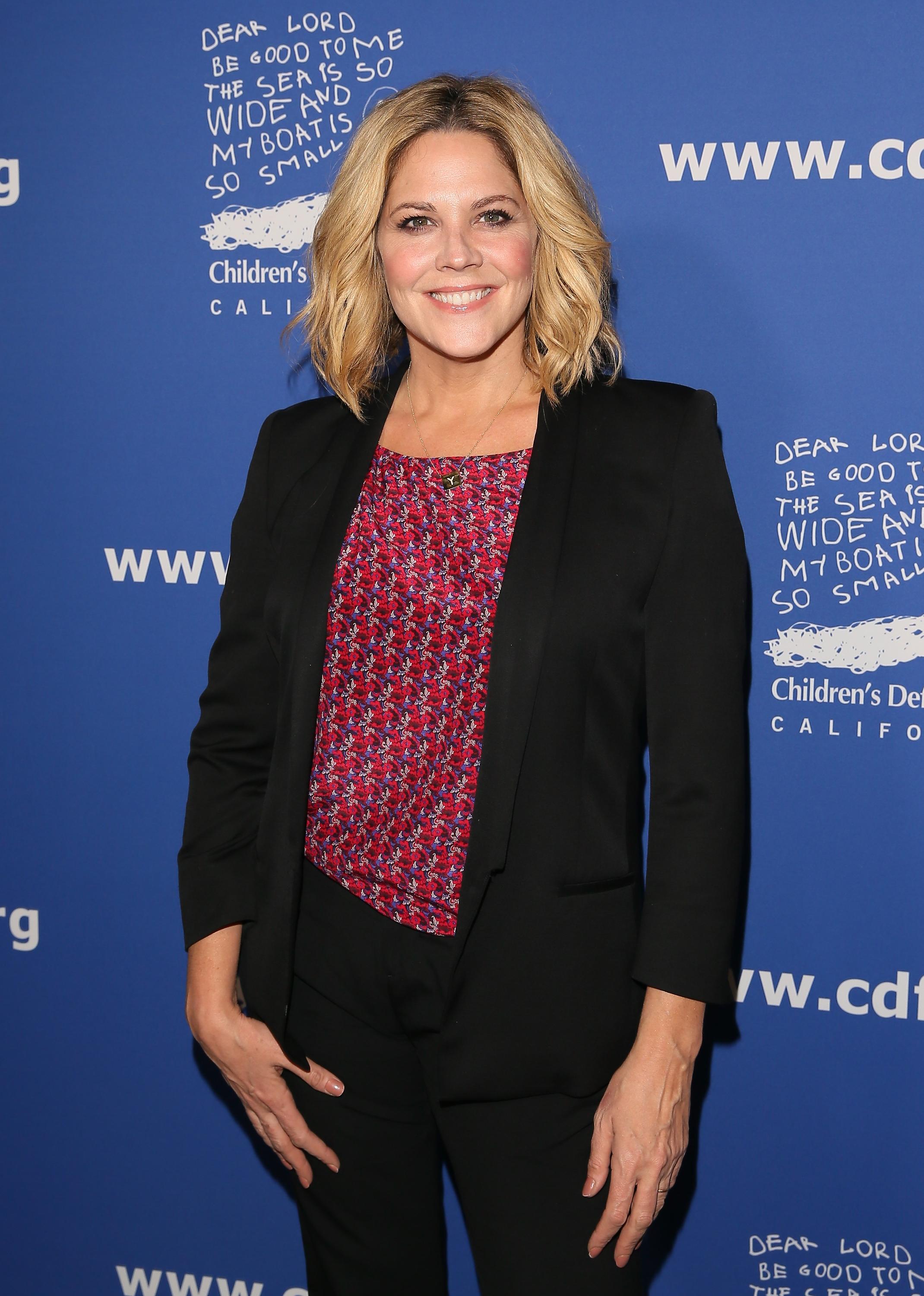 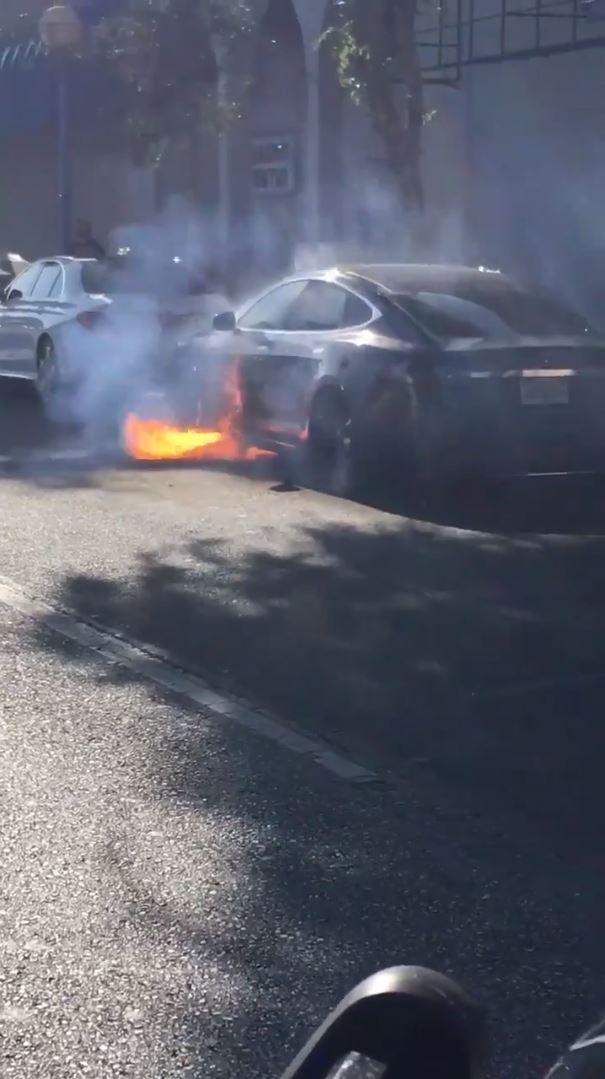 Her husband was travelling in West Hollywood at the time when the shocking incident took place.

Eventually firefighters arrived and put out the fire.

Responding to the footage, Tesla claimed the incident was "an extraordinarily unusual occurrence".

An investigation is now underway. 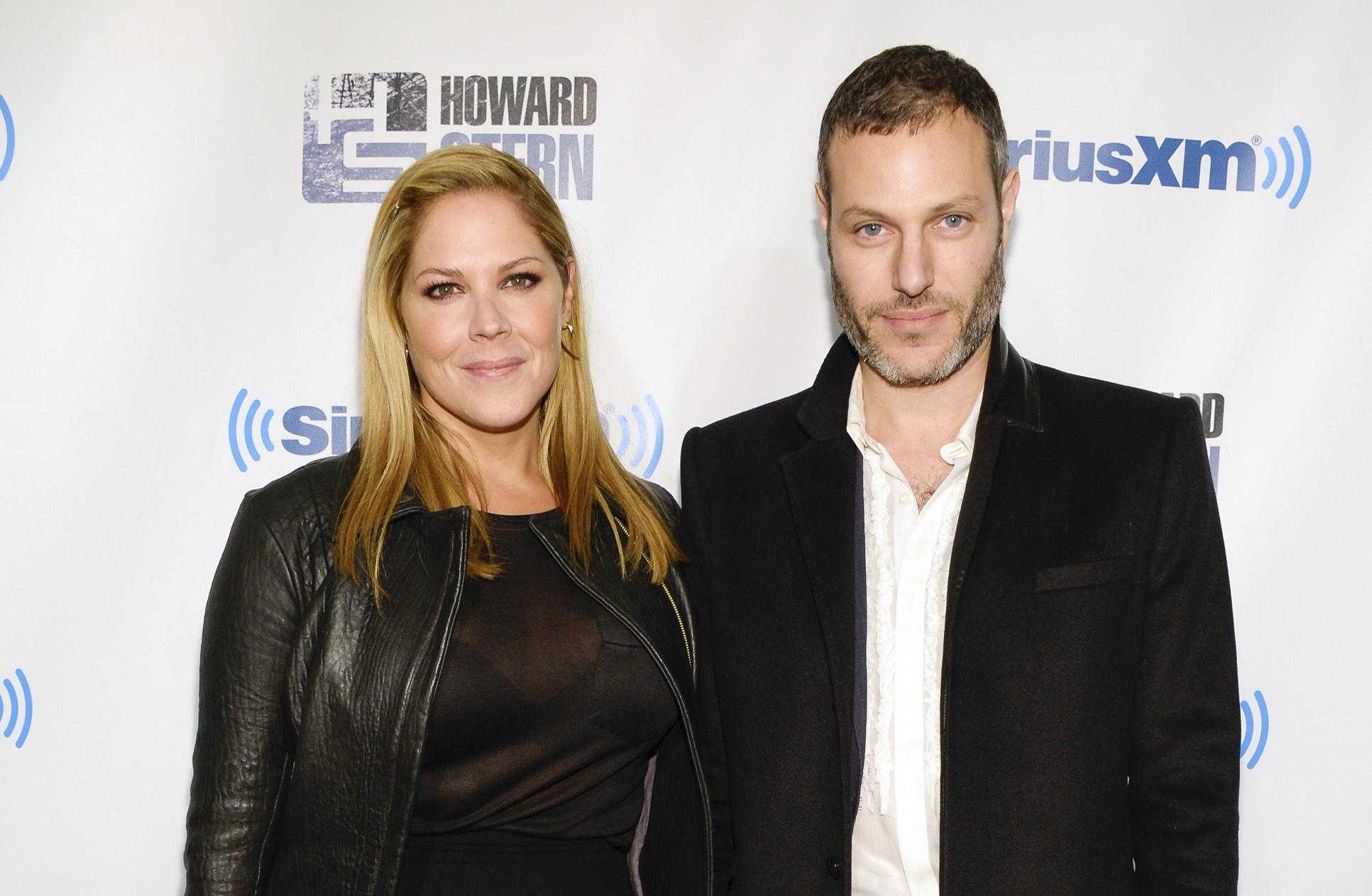 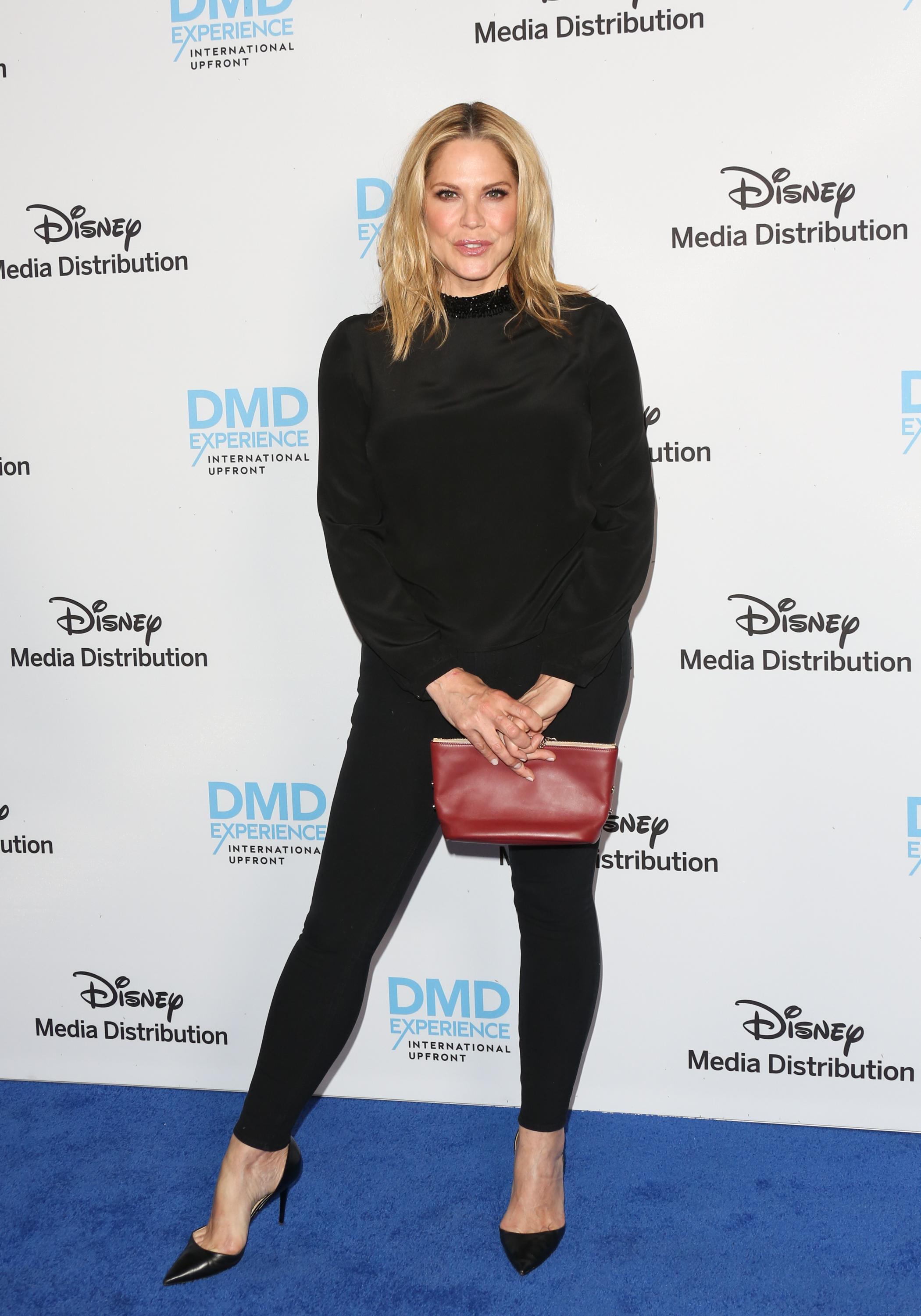 It is thought the blaze could have begun because of a faulty battery.