A generator ignited on Great Peter Street among an area of roadworks.

At least 27 people have reported the fire, with smoke seen billowing high into the sky.

London Fire Brigade said in a tweet: “Firefighters are at the scene of a generator alight in the roadway on Great Peter Street in Westminster.

“The fire is very visible – our 999 Control Officers have taken 27 calls about it.” 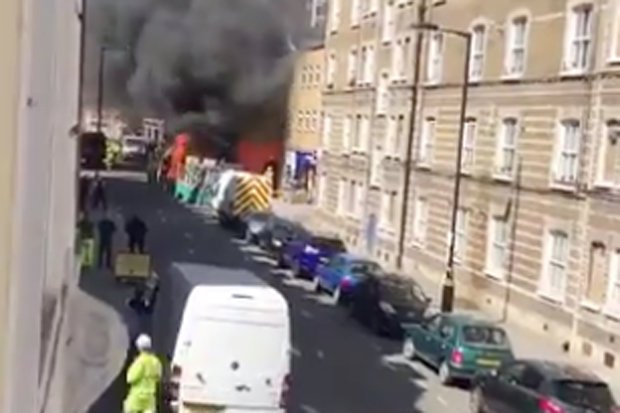 Another said: “Lots of smoke coming from a fire in Westminster.”

Meanwhile another said they could see the fire from Victoria.

People flocked to social media to share images of the fire.

LFB said the fire is now under control.