The lone attacker has been named by locals as British national Salih Khater, 29, who reportedly lives in a rundown flat above an internet cafe in Sparkhill, Birmingham. 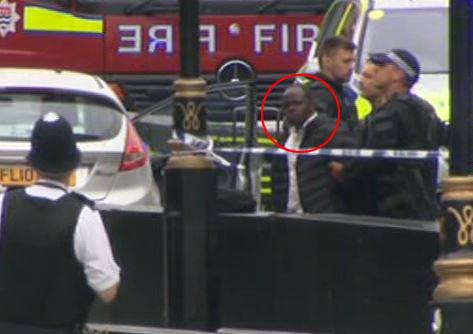 Cops said he left the West Midlands late on Monday night and spent hours driving around central London sparking suspicions he was looking for large crowds of tourists.

At 7.40am on Tuesday, a silver car mowed down 15 cyclists before trying to ram his way into Parliament at 50mph — only to be foiled by a steel barrier in what experts believe was a copycat of the previous Westminster attack.

This is what we know so far…

Witnesses described the terror of seeing the car "driving towards Parliament at speed" before hearing a "loud bang" as it smashed into black steel barriers.

Two uniformed cops on guard dived for cover as the front of the Fiesta crumpled on impact with smoke billowing from its engine. 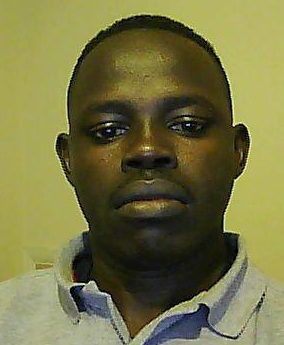 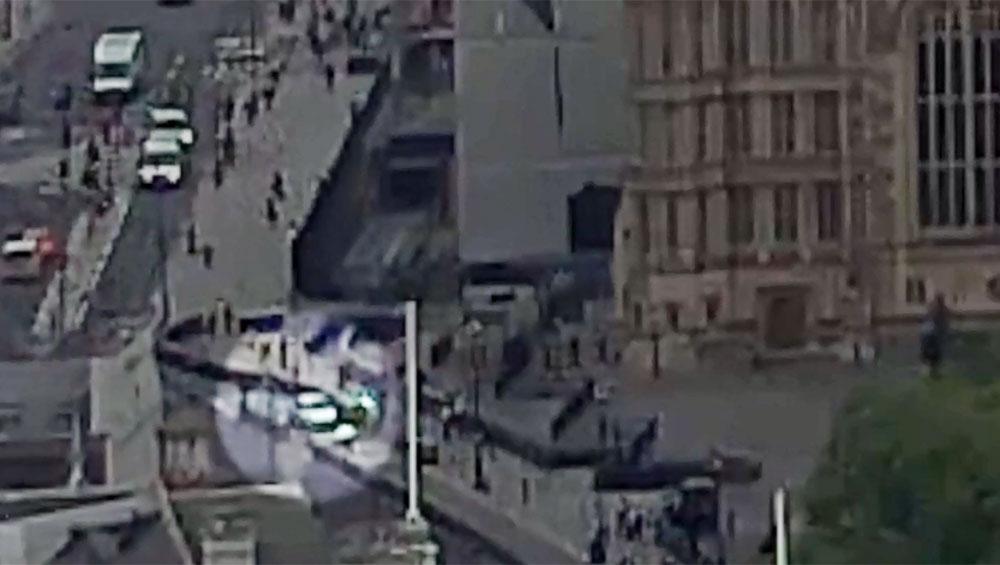 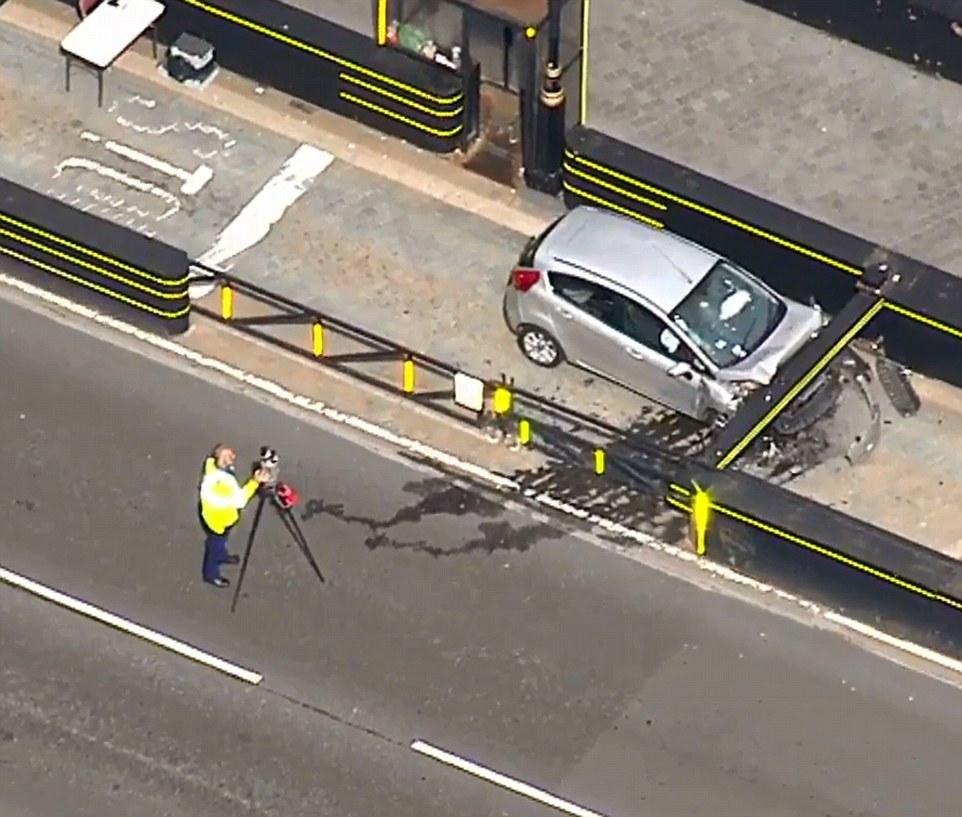 A man and a woman were taken to hospital with serious but non-life threatening injuries and have since been discharged, while another man was treated at the scene.

The suspect is believed to have been spooked by an ambulance as horrified eyewitnesses claimed the driver appeared to be in shock as he was led away in handcuffs.

Undercover armed officers had poured out of a white van which was on the scene in just seconds.

Parliamentary housekeeper Elma Refuerzo, 57, watched the drama unfold. She said: “I saw policemen aiming rifles at the car. The driver was inside, he was shocked. 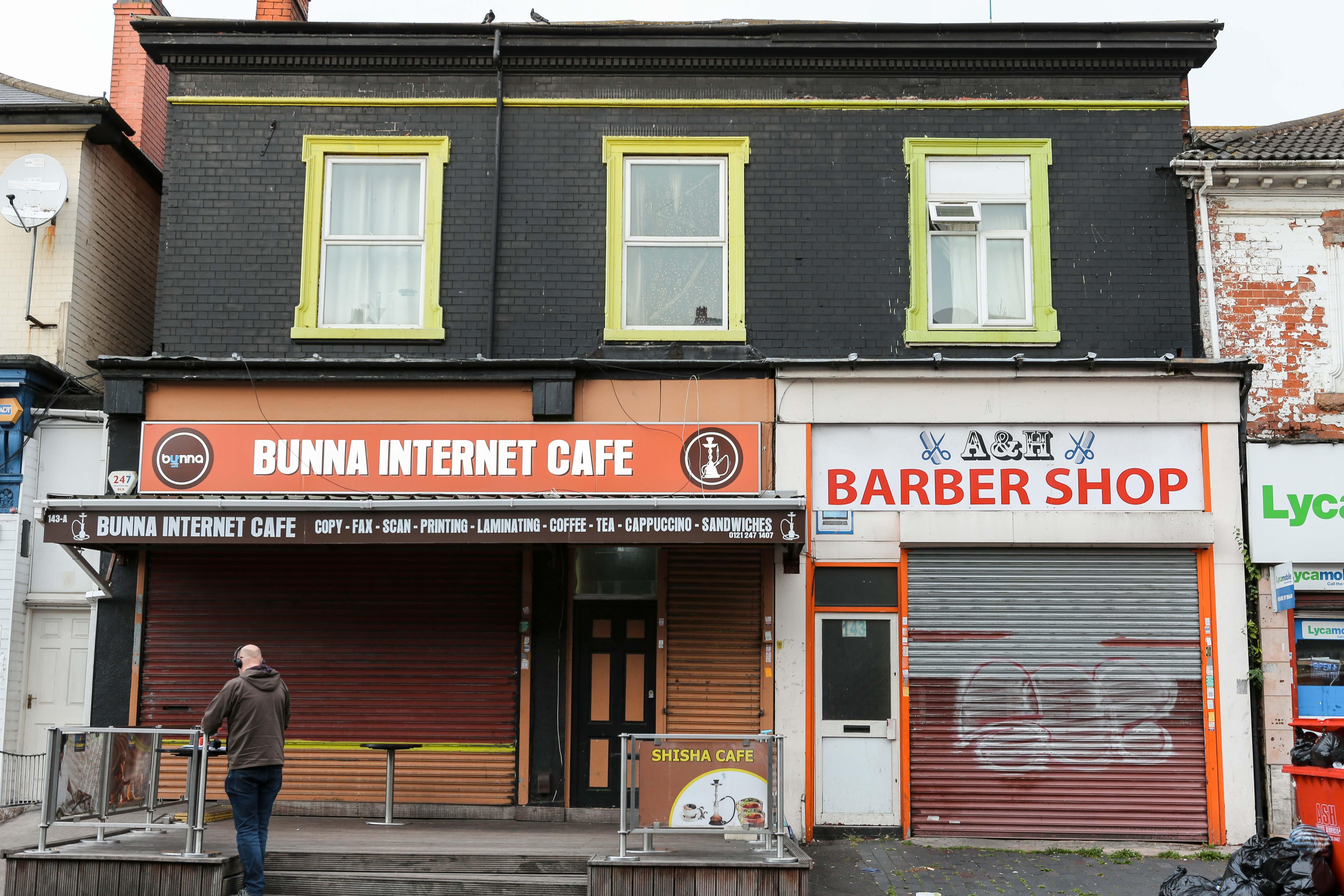 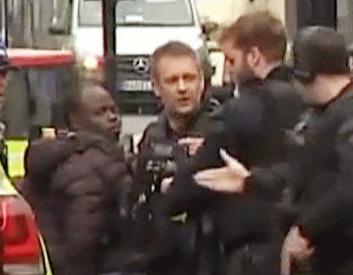 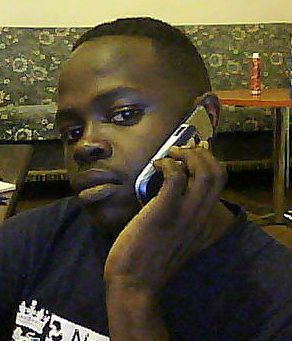 “There was a van blocking the way. The police pulled him out and handcuffed him.”

The man was arrested on suspicion of terror offences and taken into custody at a South London police station, but refused to cooperate with cops.

Westminster onlookers said the driver rammed through a group of cyclists waiting at lights, seriously injuring one and leaving bikes strewn across the road.

A builder said: “There were ten to 15 cyclists and he went through them. He kept driving on and smashed into the gates.

“There were about three or four cyclists left on the floor. There were people chasing after him.”

The suspect has been identified as Salih Khater, who describes himself on Facebook as a shop manager who studied at the Sudan University of Science and Technology.

Childhood pal Abubakr Ibrahim told The Times: "He is not a terrorist. I have known him since childhood. He is a good man.”

He explained Khater had moved from his farmer family in Sudan around five years ago, adding: "His family are very simple and they let him travel to London to help them.”

Terror cops raided two addresses in Birmingham, including the suspect's flat, and a house in the Radford area of Nottingham. 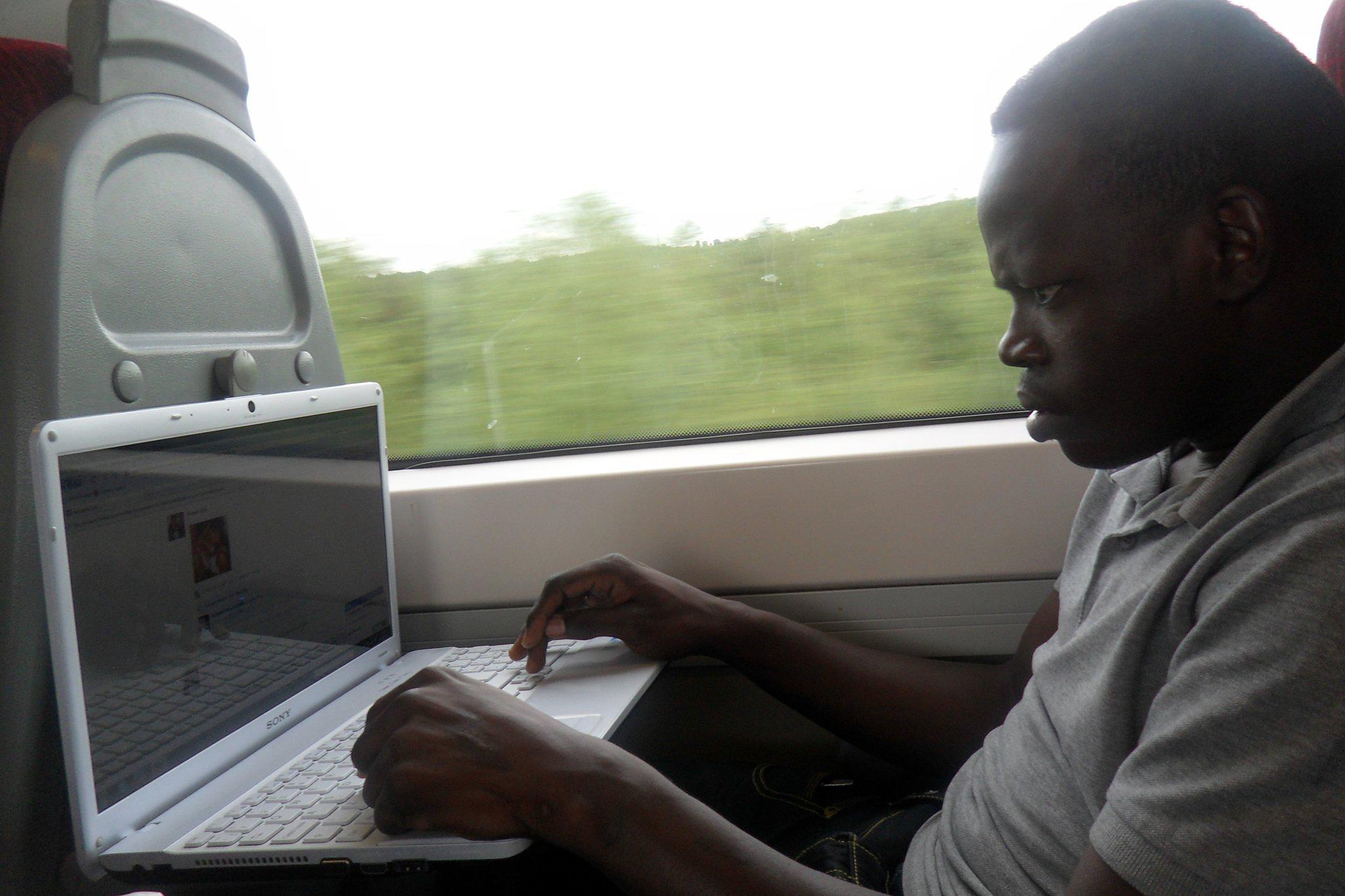 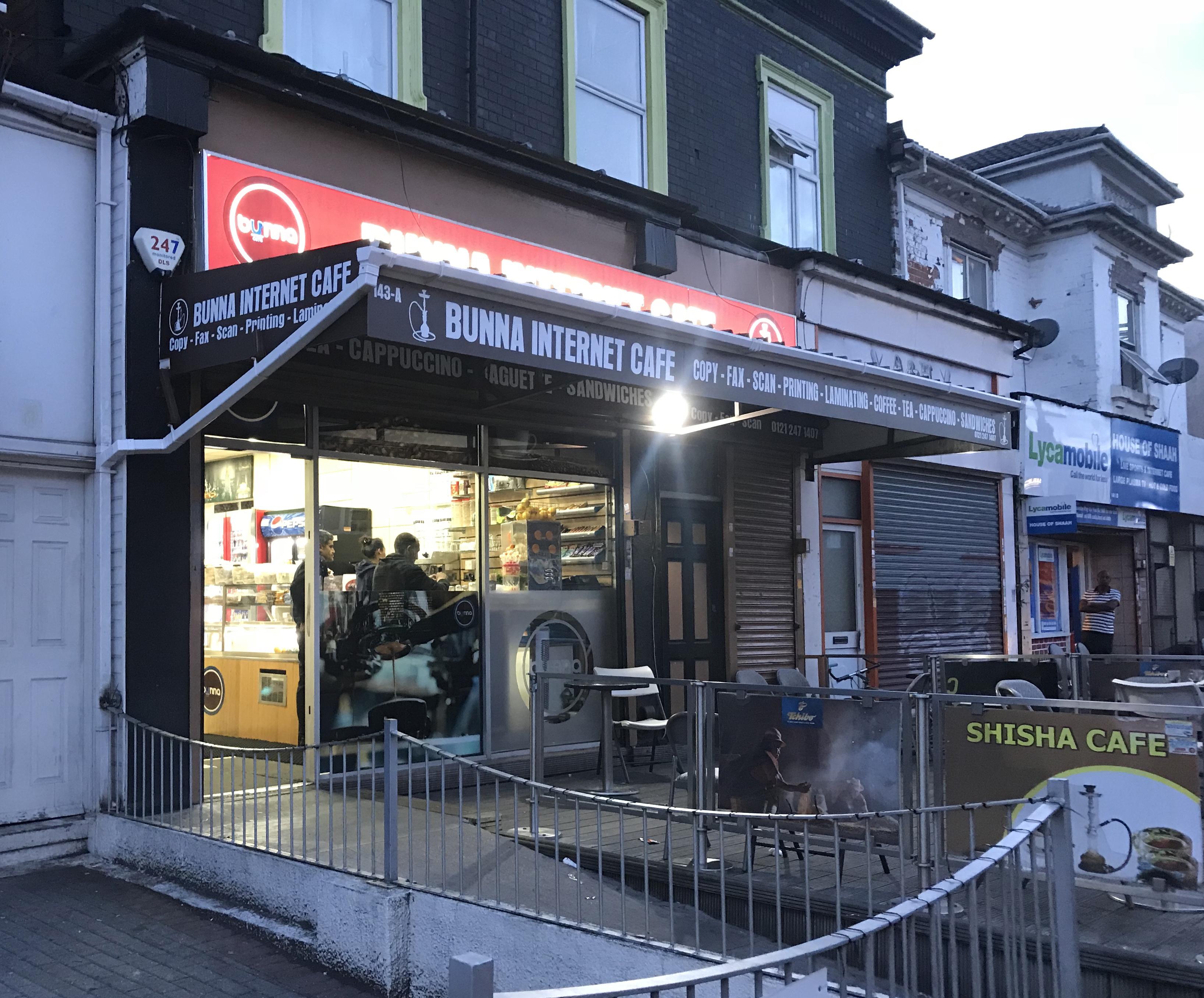 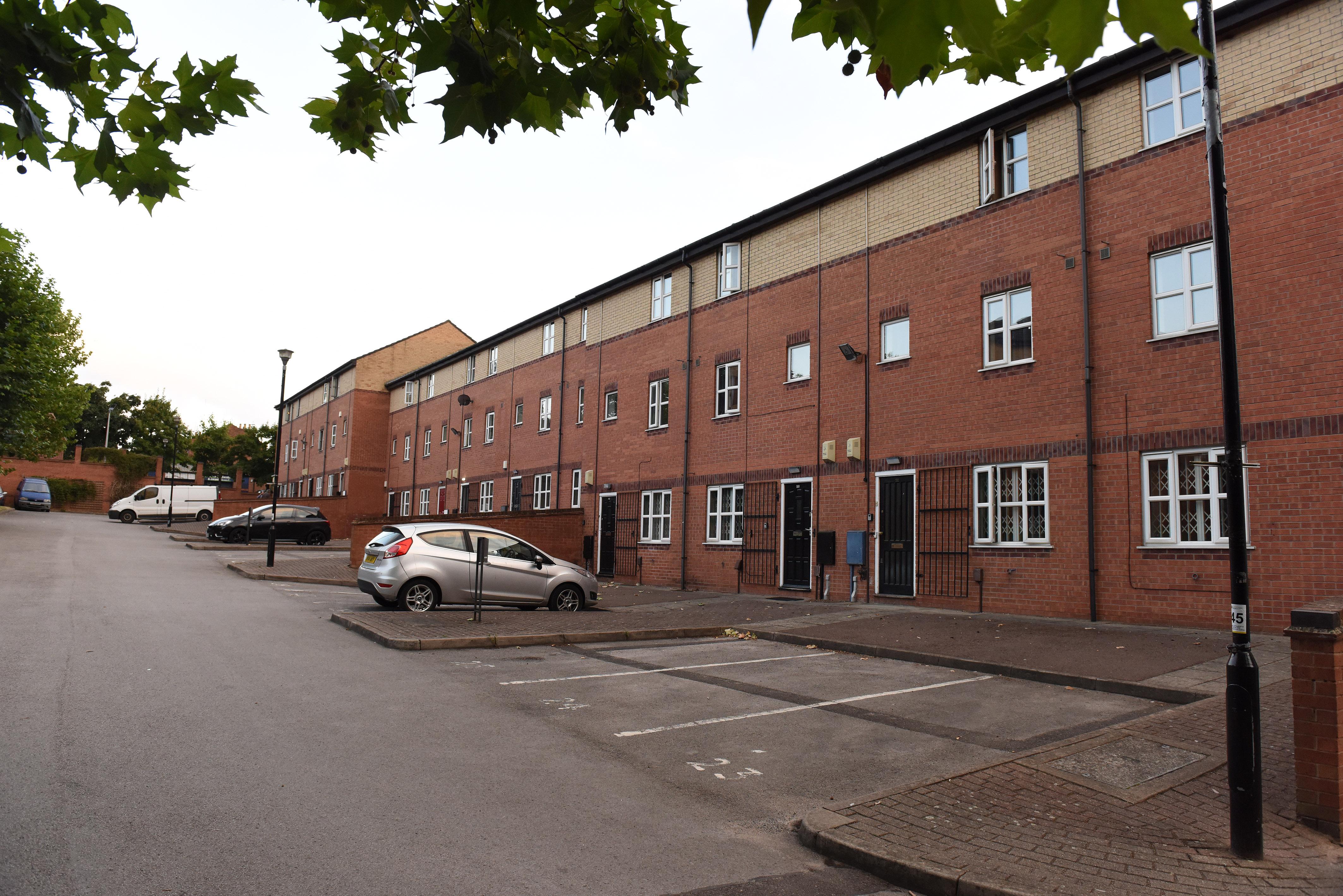 Neighbours in Radford said plain-clothed police officers forced their way into a three-storey house with a battering ram at about 3pm, shouting: "Police!"

An occupant of the house, who asked not to be named, said six Sudanese men had lived there for the past 12 months.

When shown a picture of the arrested man, he claimed not to recognise him, or the silver Fiesta involved in the incident.

The man added: “They (the police) were here about what happened in London.

“They told me they thought the car involved was registered and insured here, but it wasn’t. They were asking about a silver Fiesta." 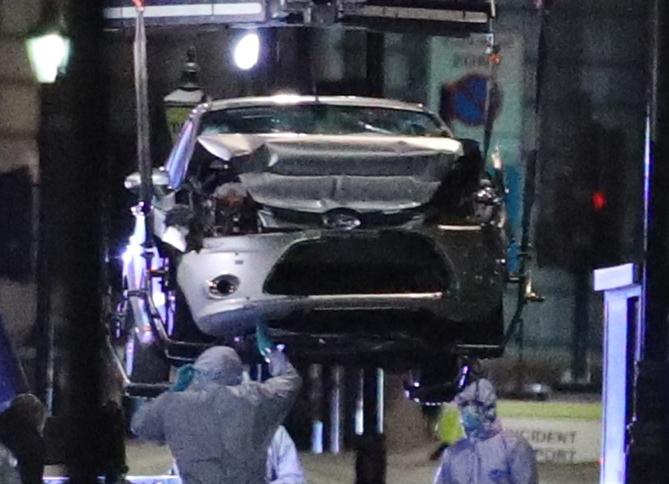 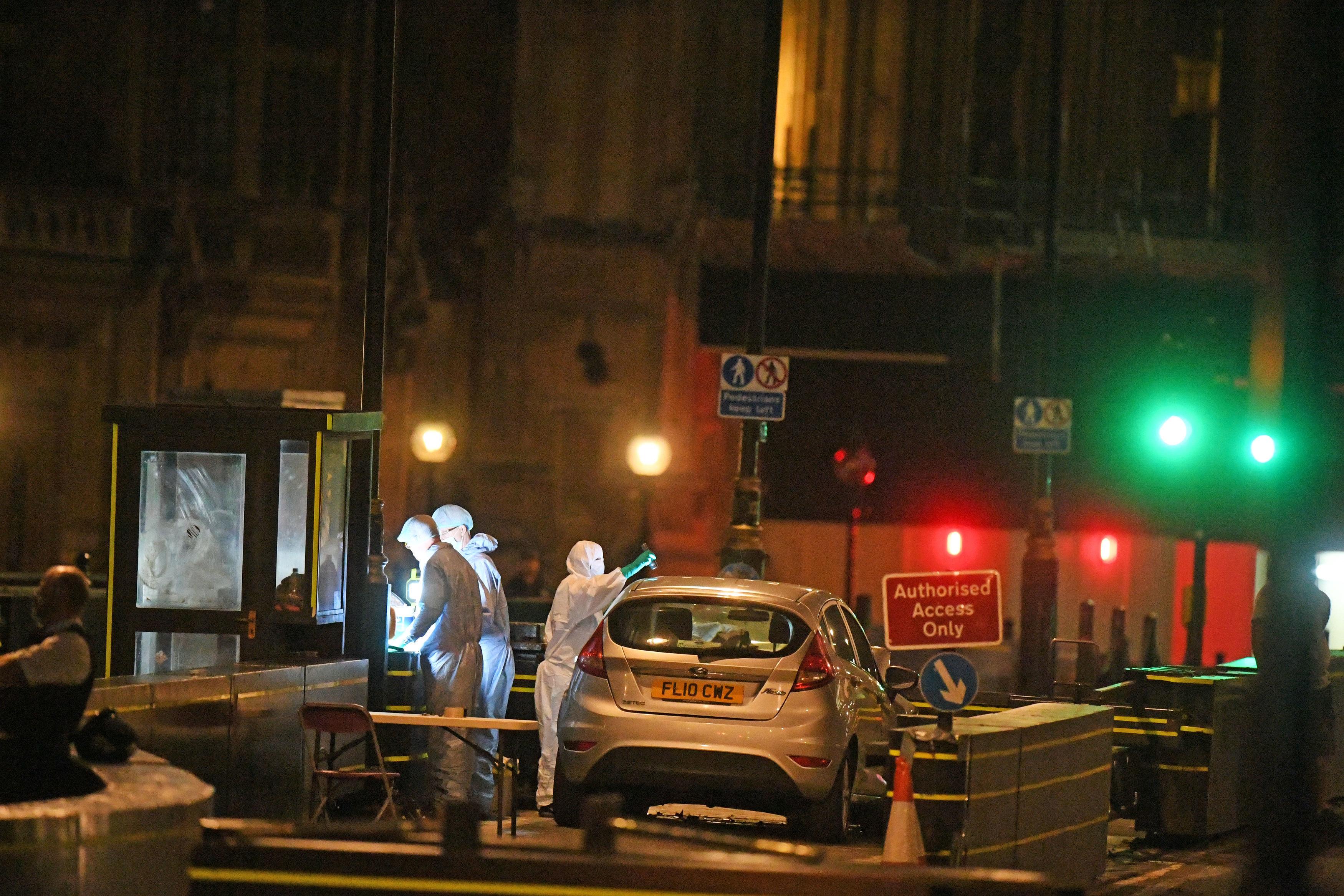 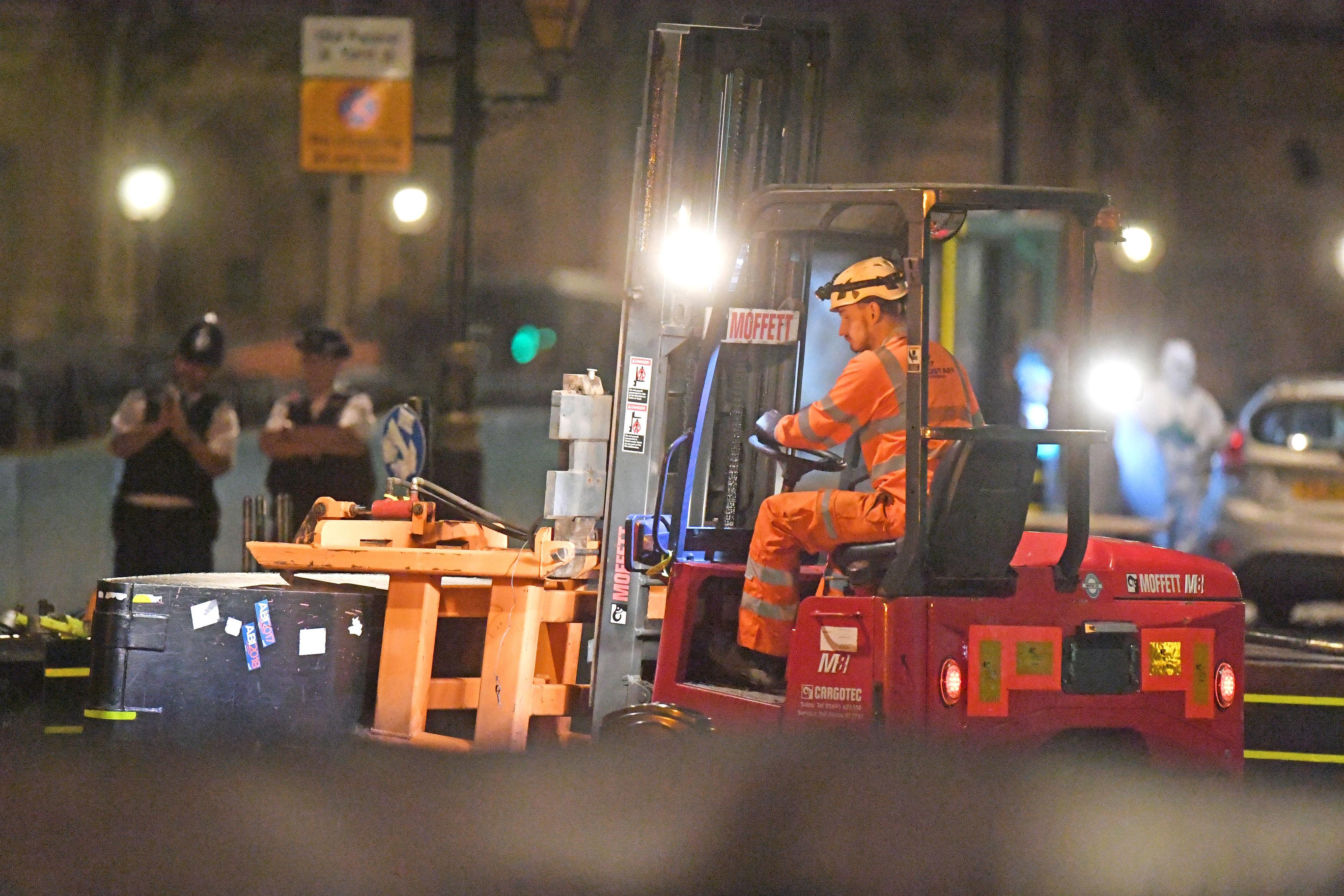 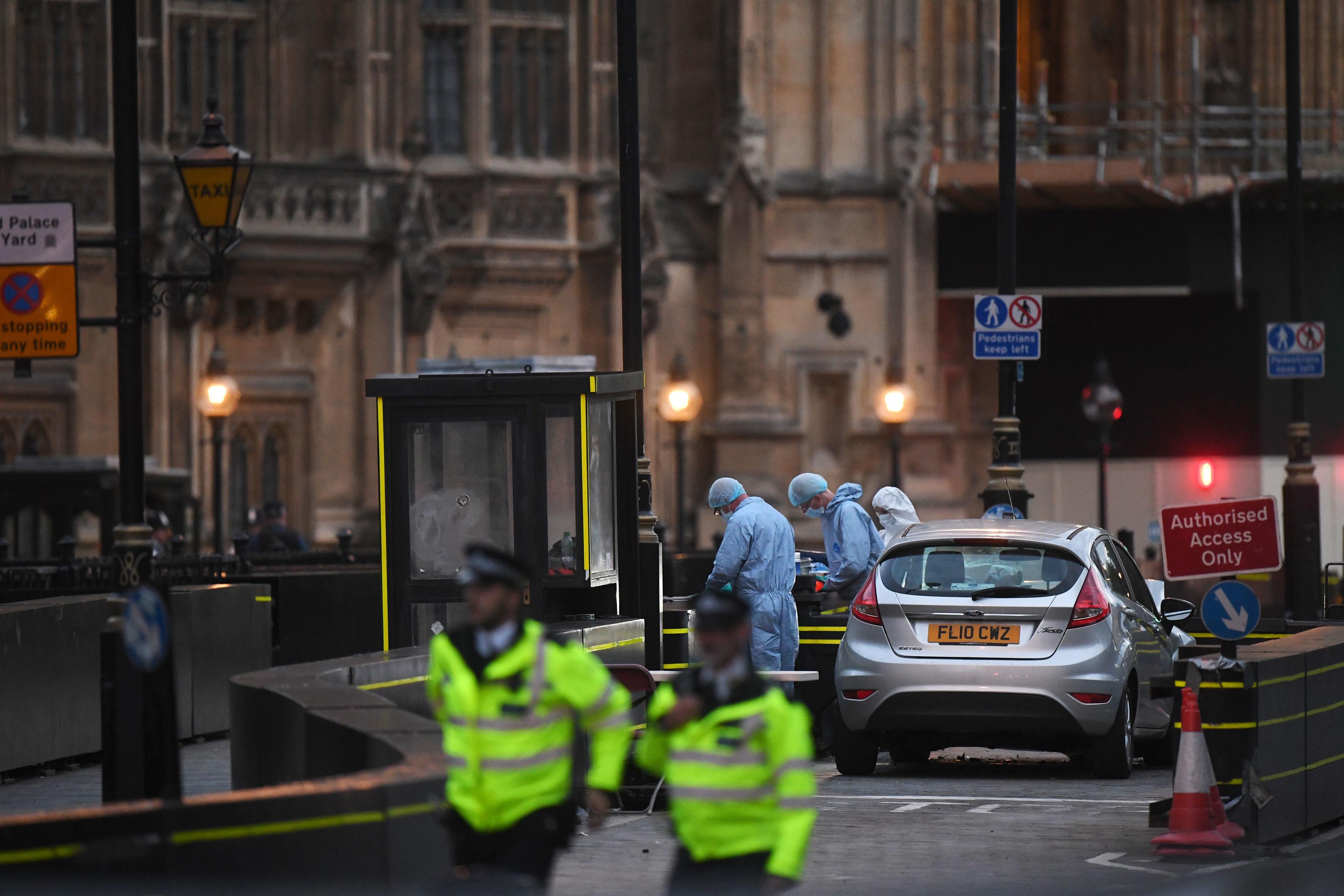 Neighbours confirmed the property was a shared house occupied by Sudanese men – but none recognised the suspect when shown a picture.

One said: “They were a lot of them [police] and they were quite aggressive. They broke in, and broke a couple of doors down inside.

“They wouldn’t say who they were. It was quite scary.

“It makes you quite worried that a house so close is being linked to what happened in London.

“It is a shared house, people come and go there, they all have six bedrooms in this row. But I’ve never seen the guy they arrested at the scene.” 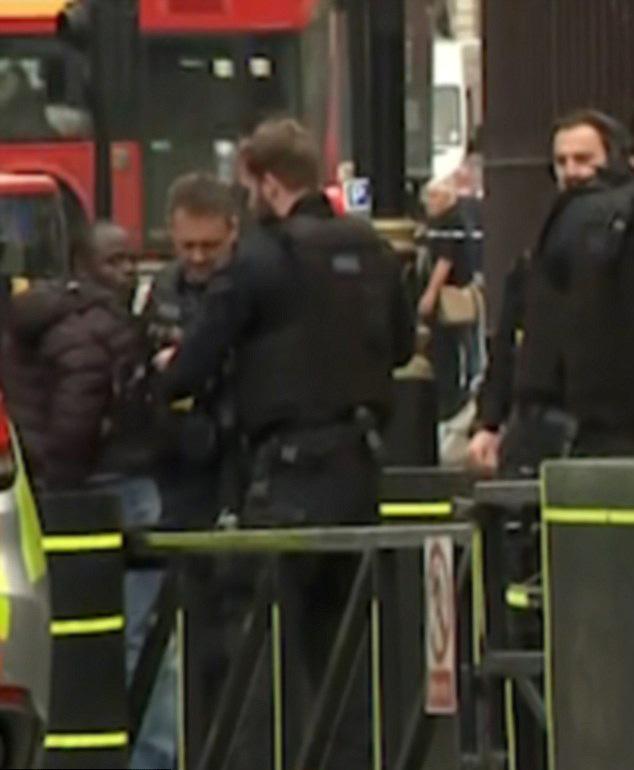 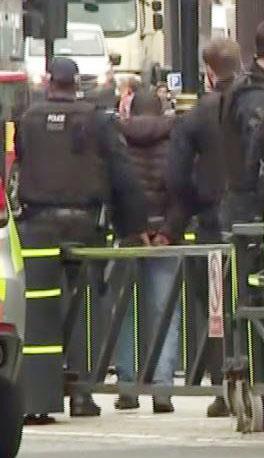 Officers were seen leaving the property at around 7.30pm clutching documents.

Labour MP Roger Godsiff last night confirmed the suspect lived in his constituency, adding: "My deepest sympathies to the cyclists and pedestrians who were injured in the attack.

"I have told the police and security services that they have my total support in doing whatever is necessary to protect the public in London and Birmingham.” 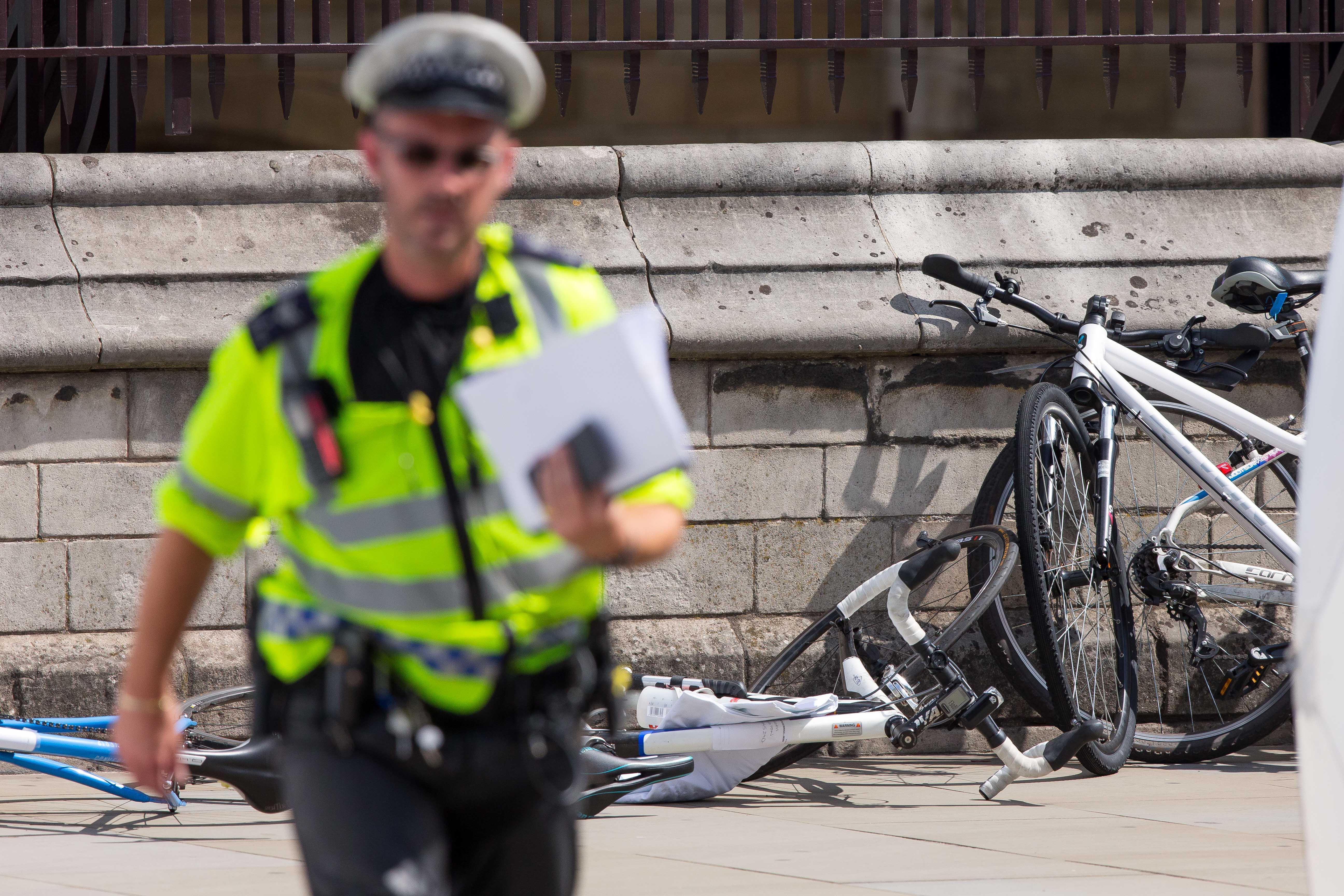 The Met’s Assistant Commissioner Neil Basu said: “Our priority is to formally identify the suspect and establish his motivations if we can. He is not currently cooperating.”

He said the driver was not known to counter-terror police, but he added: “Given this appears to be a deliberate act, the method and this being an iconic site, we are treating it as a terrorist incident.”

It emerged yesterday that the Fiesta was driven from Birmingham late on Monday, arriving in central London in the early hours of yesterday.

It was parked in the Tottenham Court Road area from 1.25am until 5.55am.

The lone occupant then drove around Westminster and Whitehall for more than 90 minutes before the attack.

Chilling CCTV saw the Fiesta on the one-way system at Parliament Square before suddenly lurching left on to the wrong side of the road. 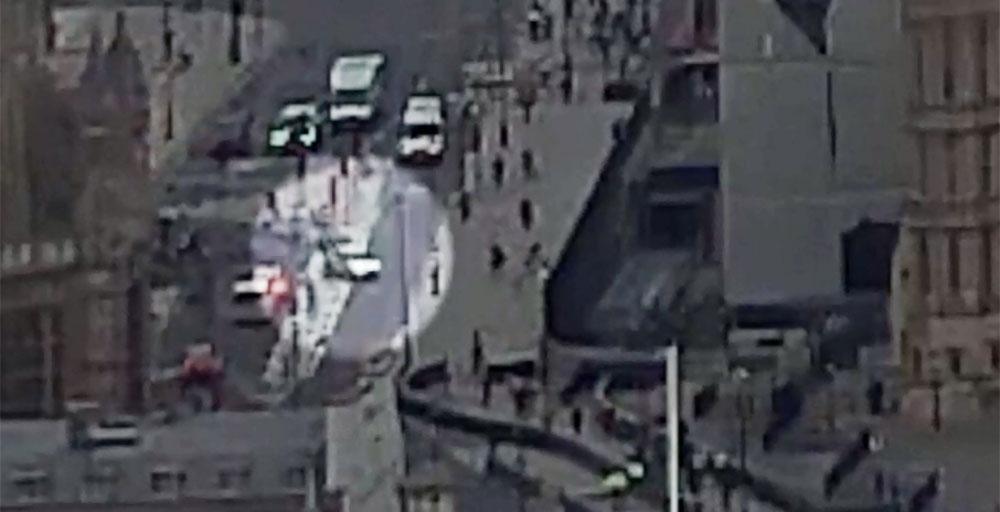 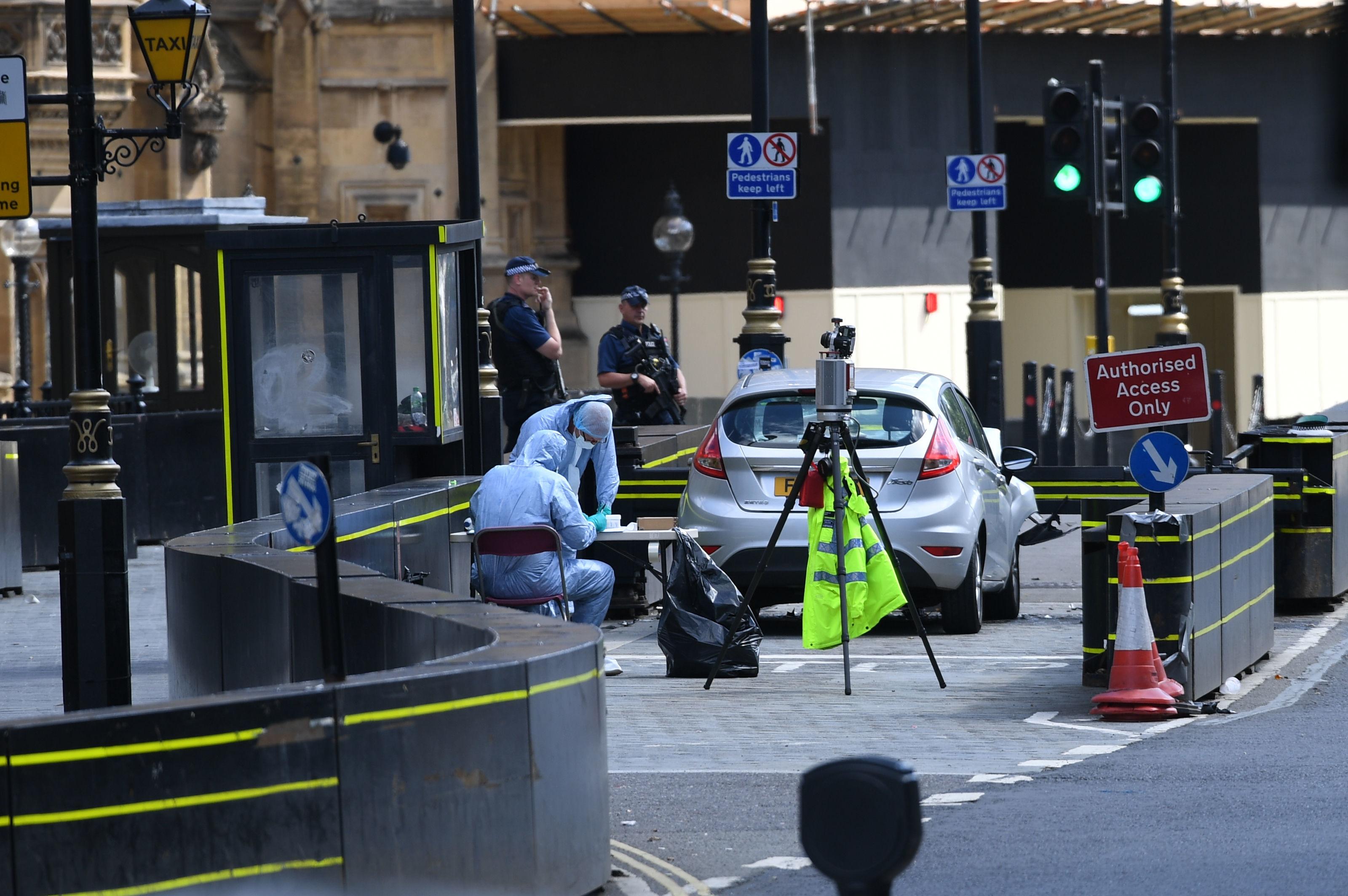 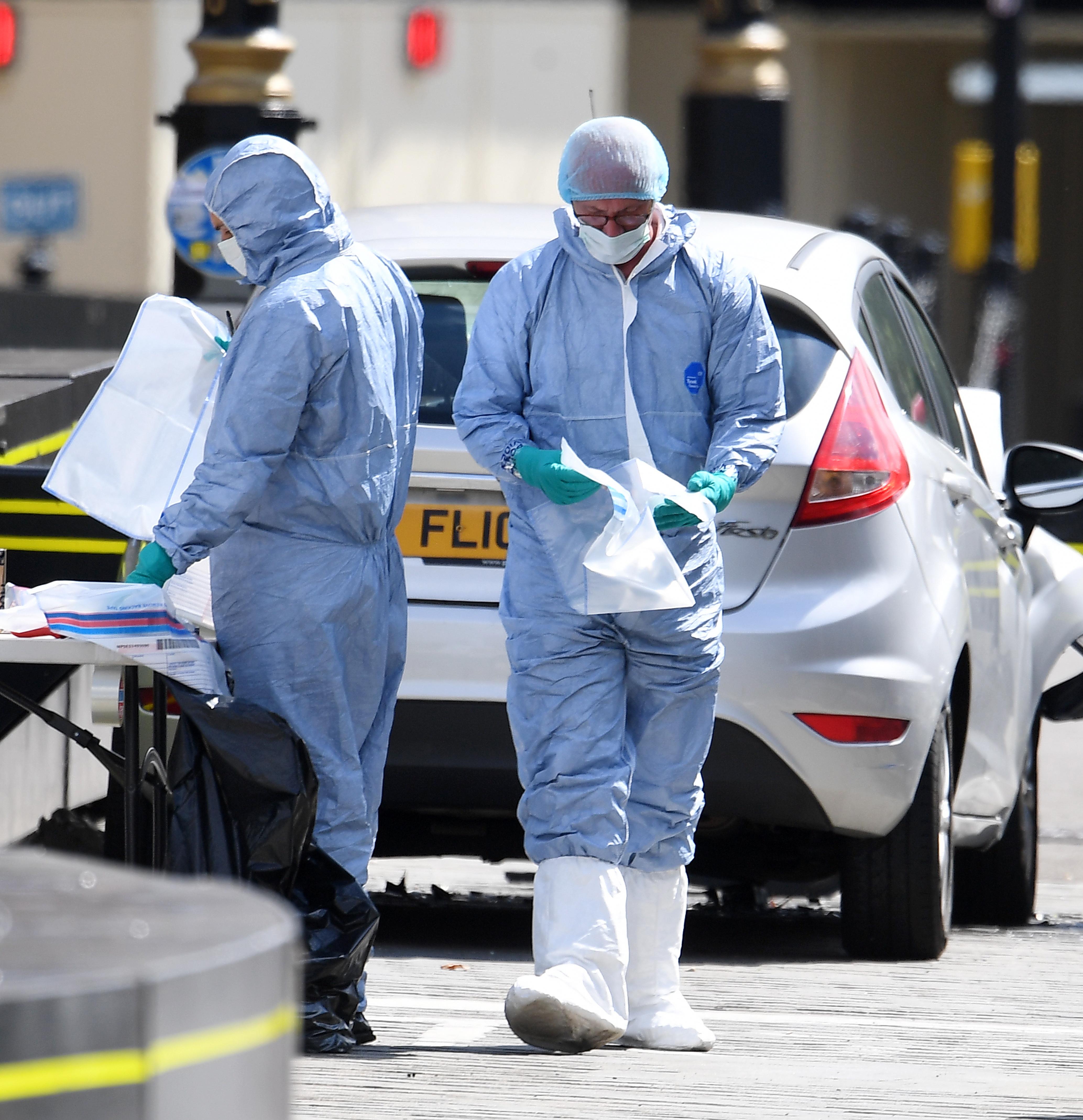 One cyclist struck by the car, Geoffrey Woodman, said: “It hit the lady two bikes to my left. It was going about 40 to 50mph. Its windscreen hit her hard as she was trying to jump off.”

He said there was “chaos” as the victim, in her 40s, was left badly hurt “on the ground with bikes everywhere” before the Fiesta smashed into the barrier to the Old Palace Yard car park at the Lords.

Ex-Met counter-terror detective Brian Tarpey said: “The barriers are designed to stop trucks getting through. There’s no way a Fiesta would succeed.”

Armed cops sprang out of an unmarked Ford van which was in the area, though police later dismissed speculation it had been following the car.

Again, it is the bravery of our emergency services which stands out above all.

To run towards a car, not knowing what or who was in it, takes extra- ordinary bravery. It is courage that we have become used to but that we should never take for granted.

There will be hard questions asked over the coming days. It is too early to tell how and why this man came to commit his crime, or why the security services were not able to prevent it.

But more broadly, it is a reminder of the threat that stalks our streets. We cannot forget last year’s carnage, from London Bridge to Manchester, which saw families ripped apart and promising lives cut short.

The Government must not let terrorism slip to the back of the queue, no matter how thorny other political issues are. It remains a clear and present danger. The news that there have been 17 foiled plots since last March is terrifying.

Theresa May must give our intelligence services all the support they need — including greater powers to investigate social media.

Terrorists are desperate to divide us. They’ll never triumph. 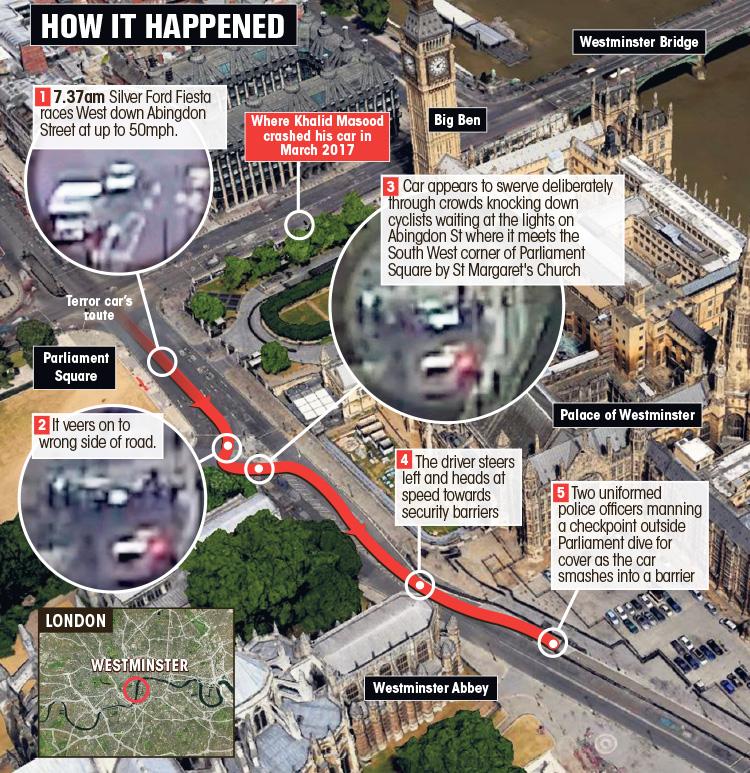 A search of the silver Fiesta, originally registered in Nottingham in 2010, found no weapons.

It has now emerged that the car was written off by an insurance company last autumn and failed its MOT in May because of a faulty steering wheel – but was back on the road and sold two months ago.

Officers ask that anyone who may have seen the silver Ford Fiesta, registration number FL10 CWZ, or the driver in the London area in the hours before the attack to get in touch.

Anyone with footage or images is also urged to reach out to police to help with their investigation.

Footage from the scene showed two police officers being forced to jump out of the road as the vehicle careers towards them before mowing down civilians.

Injured cyclists are then seen being treated by paramedics as bikes lay strewn across the road.

Armed police were heard shouting "move back as quick as you can, we're asking you for a reason" as they swarmed through Westminster when the car came to a halt.

Witness Barry Williams earlier said: "It did look like an attack… Once he hit the cyclists he accelerated towards the barrier." 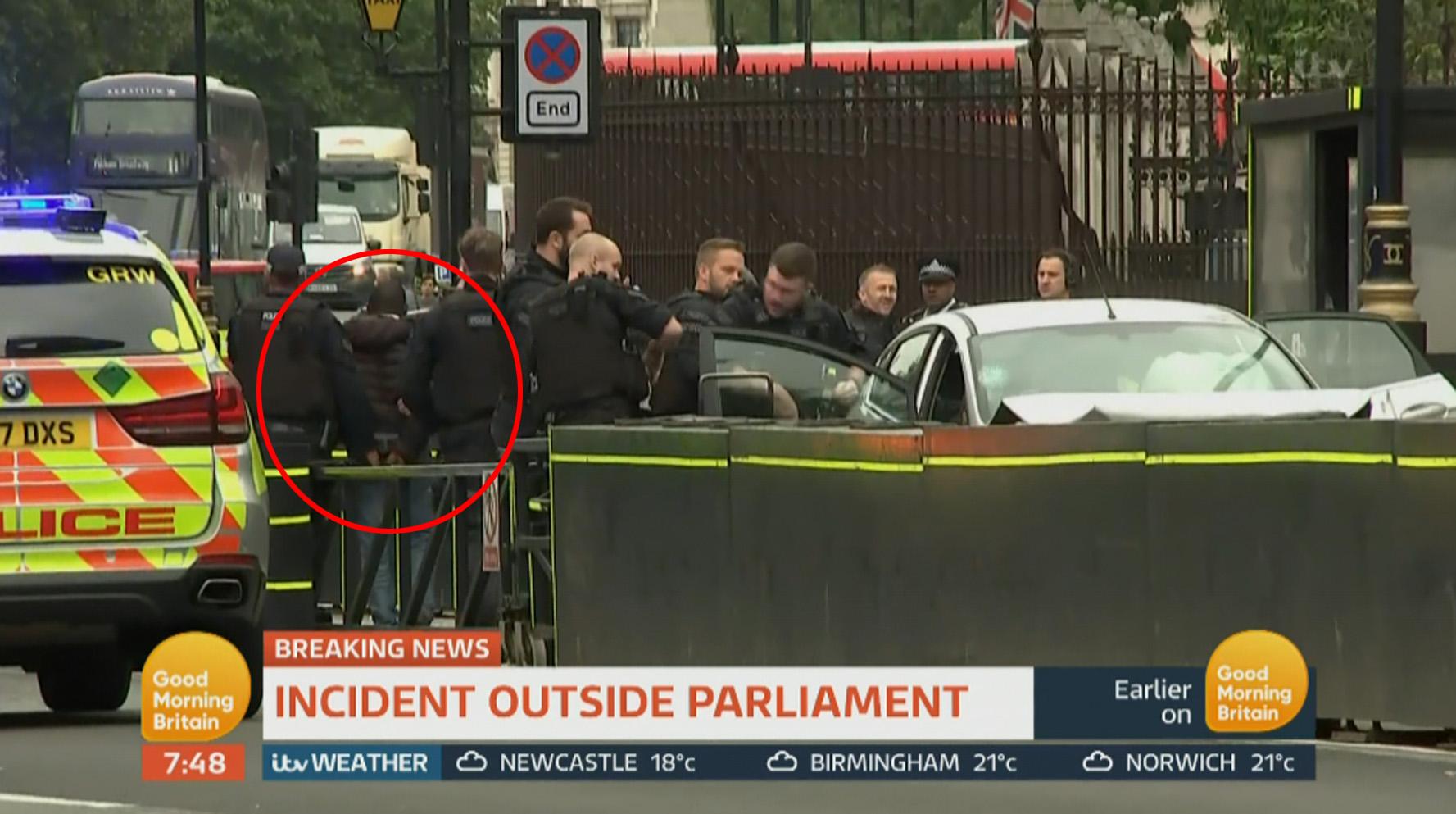 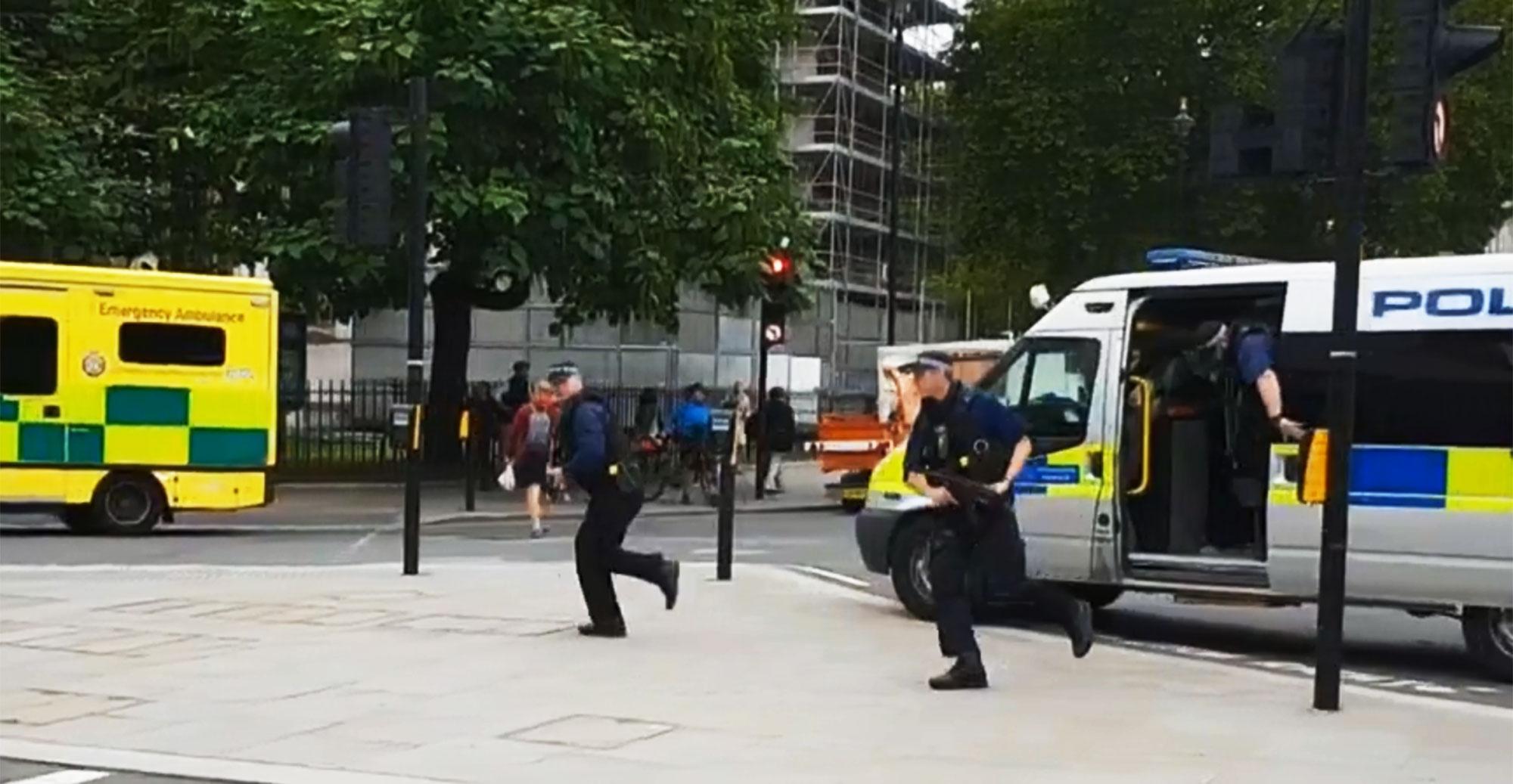 The attack sparked memories of the terrorist atrocity in March 2017 in which Khalid Masood, 52, killed five in Westminster, including PC Keith Palmer.

The attack by Masood — who was shot dead by police — was followed by terror atrocities in Manchester and London Bridge which killed 30.

Security at Parliament will be reviewed following the latest attack and the police presence around historic sites, rail stations and crowded areas is expected to be stepped up across the UK.

Parliament is currently in summer recess, but Security Minister Ben Wallace said: “I go to sleep at night knowing what some people are trying to do.

"Of course it worries me.

“But am I confident Britain has one of the best counter-terror polices in the world? Yes I am.” 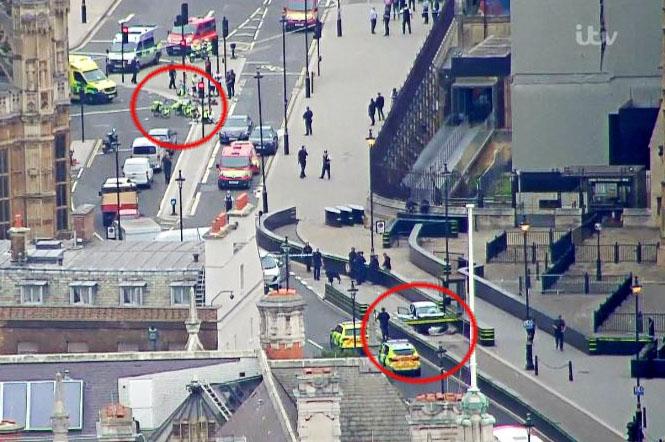 HIGH ALERT: The terror attack that put Westminster on lockdown just 18 months ago

Westminster has been put on high alert before, with Tuesday's crash outside Parliament barely 18 months since the terror attack that gripped the capital.

Five people were killed and more than 50 people were injured when Kent-born terrorist Khalid Masood mowed pedestrians down along Westminster Bridge in March last year.

The 52-year-old then crashed his car into the gates of Parliament, running into the compound with two blades when he fatally stabbed police officer Keith Palmer.

Fifth victim, Andreea Cristea, was thrown off Westminster bridge during the terror attack.
Terrorist Masood was shot by police, later dying in hospital.

Scotland Yard said Masood was a violent criminal convicted of multiple offences spanning 20 years.
﻿
But they confirmed Masood was not the subject of any current investigations and there was no prior intelligence about his intent to mount a terrorist attack.