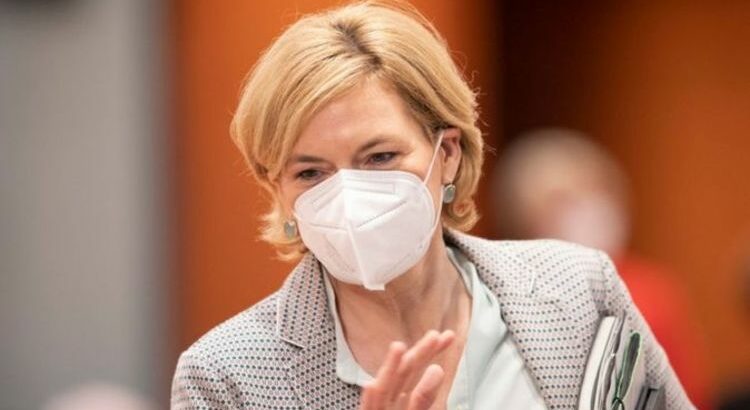 The EU’s Federal Ministry of Food and Agriculture (BMEL) is initially providing the cash as a short-term bridging aid to quickly support the fishing companies affected by the UK leaving the bloc. It is intended to provide firms with the financial means to overcome the first and immediate effects of the first three months after Brexit.

The aim is to enable the fishing companies to adapt to the new situation.

A £51m fund from the Federal Ministry of Fisheries has also been approved by the EU Commission and will be used to help struggling fishermen in the future.

German politician Julia Klöckner said: “None of us wanted Brexit – especially not the fishing companies.

“Because the industry is the most affected branch of the economy, relatively speaking.

“It is all the more important to keep an eye on the individual company and the people who make a living from it.

“I have always fought for support and am happy that the EU Commission has now given the green light.

Fishing was a highly divisive issue during Brexit negotiations and an agreement nearly derailed the entire talks.

Eventually an 11-th hour deal was struck – which fishermen on both sides have vocally complained about.

In May furious French fishermen blockaded Jersey’s port of St Helier after claiming that the current arrangements would bankrupt them.

At the time Boris Johnson dispatched two Royal Navy warships to ensure the dispute didn’t get out of hand.

Meanwhile British fishermen have also claimed that EU red tape means their stock can now go off because it reaches its destination.

Ian Perkes, a fish exporter from Brixham, in Devon, told the Danish broadcaster DR that the current situation was costing his business £80,000 a year.

The Leave voter said: “We were told we are going to have free trade, we were not guaranteed we were going to get our 12-mile limit back, but we assumed with what we were reading and what we were being told that that would be the case.”

Elsewhere, German fishermen have complained that the current arrangements have left them with less fishing rights.

While people on all sides agree the current situation must change, there seems to be little appetite among politicians to move the status quo.