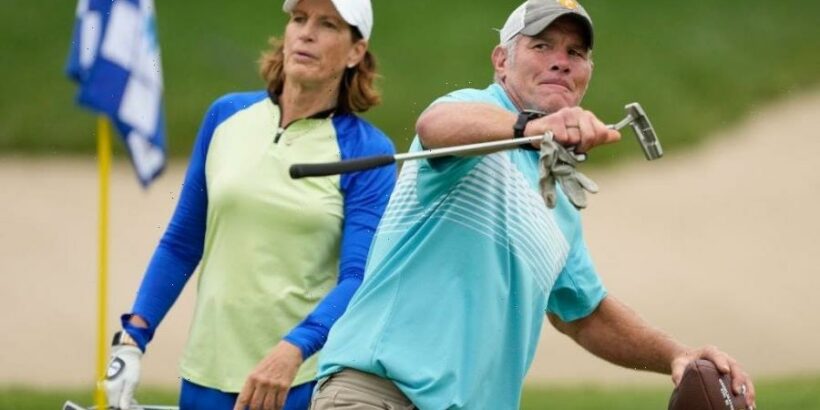 Boston Celtics head coach Ime Udoka was suspended for a season after reports that he had an inappropriate relationship with a female staffer. After the jokes cooled off about Udoka simultaneously fumbling his relationship with the beloved Nia Long, the internet began to wonder why another sports scandal– Brett Favre allegedly siphoning money meant for low-income Mississippi residents– hadn’t taken off as much.

Filings from an ongoing lawsuit to recapture stolen misspent welfare funds in the state revealed last week that Favre and state authorities worked together “to channel at least $5 million of the state’s welfare funds to build a new volleyball stadium at University of Southern Mississippi, where Favre’s daughter played the sport,” according to Mississippi Today. As per the nonprofit news source, “Favre received most of the credit for raising funds to construct the facility.”

State authorities include former Mississippi governor Phil Bryant, who pushed for the arrangement. While other parties involved in the scheme have been charged, neither Bryant nor Favre face charges.

ESPN’s NBA twitter account, for instance, has 9 posts focused on Udoka and his suspension. Its NFL account, however, didn’t cover Favre’s latest scandal involving the volleyball stadium at all as of Friday morning.

The internet has taken notice.

Others are also trying to redirect the misdirection, and noticing the media’s focus on less consequential relationship matters.

News of Favre’s involvement in the welfare scandal comes just weeks after water treatment failures in Jackson, Mississippi led to concerns about the state abandoning its Black, urban population. Officials in Mississippi, a state with the third-highest percentage of Black people in the country, came under fire for continuously not investing in the infrastructure of its capital city.

Current state officials, including Governor Tate Reeves, have not pursued any actions against Favre amid a larger lawsuit addressing widespread welfare fraud by former government leaders in the state, which includes them also giving Favre money for speeches he never made from its welfare funds.