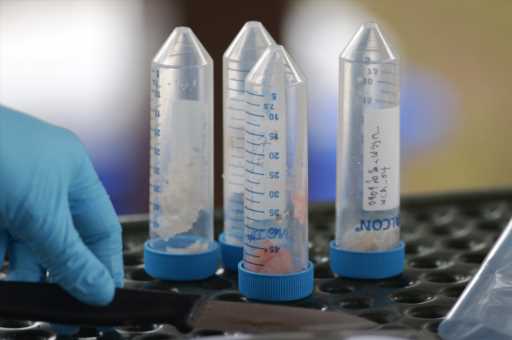 Across the country, scientists, environmental activists and government officials are expressing concern about the high concentrations of PFAS, or toxic “forever chemicals” found in drinking water, food and household products.

State and federal regulators are moving to tighten controls over how much of those chemicals should be allowed in drinking water but first it’s important to understand a few basic points about the compounds.

PFAS covers a broad range of chemical compounds widely used for their oil- and water-repellent characteristics. The California-based nonprofit Green Science Policy Institute estimates that there are more than 3,000 compounds within the category.

While a banana peel, for example, will eventually break down and decompose, PFAS do not, which is why they’re called forever chemicals.

They then leach into water and food sources where they’re eventually ingested by humans and stored in the body. Some have been shown to cause cancer.

Philippe Grandjean, adjunct professor of environmental health at Harvard, said his research a decade ago showed that the chemicals can harm a person’s antibody response, their metabolism and organ function. They’re also linked to obesity, high cholesterol, diabetes, more frequent and chronic infections and higher hospitalization rates, particularly for pneumonia in children.

Children are especially vulnerable, Grandjean said. And those who are pregnant or breastfeeding can pass the PFAS they consume on to their developing fetuses or infants.

But Colorado is particularly plagued with the chemicals, with more exposure sites than any other state in the country. The EPA identified more than 120,000 places across the country where people might be exposed to the chemicals and Colorado topped the list with more than 21,000 sites.

“This is a wake up call to limit the use of PFAS in products,” Arlene Blum, a scientist and executive director of the California-based nonprofit Green Science Policy Institute, said.

Grandjean and Blum noted that people have already been exposed to these chemicals for years, often decades.

“This doesn’t mean everybody’s going to get sick from PFAS in their food and water but it adds to the general disease burden across the entire population,” Blum said.