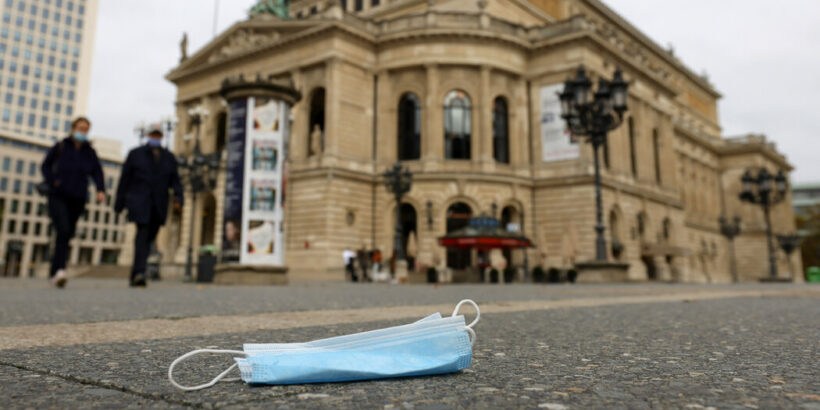 As the pandemic persists around the world, every month about 130 billion disposable face masks are ending up in landfills, city streets, rivers, beaches and oceans — posing a stark risk to the environmental.

“At the beginning of the pandemic, I wished I were a doctor,” said Mohammad Saberian, a civil engineer at RMIT University who is the paper’s lead author. Then he realized that he, too, had an urgent role to play: figuring out what to do with pandemic-generated detritus.

The paper, published in the journal Science of the Total Environment, looked at how face masks could be combined with other recycled construction materials to reduce waste from the pandemic while reducing reliance on other materials like plastic, which is often used as filler in roads. The researchers found that about three million masks could be put into a two-lane road of more than half a mile, and that those roads were likely to be stronger and more flexible than some made with nonrecycled materials.

“This research not only works, but it can also provide real engineering benefit,” Dr. Saberian said, adding that he hoped the next step would involve building a prototype of the road to fully test its functionality.

To conduct their experiment, researchers heated the masks to simulate disinfecting them. They then shredded the masks into strips and mixed them with recycled concrete. Eventually, the researchers were left with hard cylindrical samples, which they tested by applying weight, heat and moisture.

“We’ve seen spikes in single-used consumption all over the place, and this technology shows a path for using these materials,” said Jonathan Krones, an industrial ecologist at Boston College who was not involved in the study.

He and other scientists said, however, that better solutions involved reducing consumption and the manufacturing of disposable materials, even in a pandemic. “What I really want to see happening is us divorcing ourselves from this idea that disposability equals sanitation,” Dr. Krones said.