In a one-story brick building in Tuscaloosa in May, the West Alabama Women’s Center had been busy in what director Robin Marty feared was a final stretch of providing abortions before most become illegal in her state.

Before the Supreme Court overturned Roe v. Wade, she expected abortion access would probably collapse across the Deep South. That leaves her clients, mostly poor, uninsured women of color, with one last option in the region – if it lasts.

“When we’re gone, they’re going to be – along with everybody else in the South – trying to travel to Florida,” Marty told USA TODAY.

Florida is among several states, including Kansas and North Carolina, whose decisions on whether to offer abortions will be pivotal to post-Roe access in the USA, experts and advocates said.

“It would be devastating” if Florida’s abortion protections were overturned because of the distance and costs it would add for women in Florida and a number of nearby states, said Elizabeth Nash, associate director of state issues at the nonprofit Guttmacher Institute, a research group that supports abortion rights.

Text with the USA TODAY newsroom about the day’s biggest stories.Sign up for our subscriber-only texting experience.

The Supreme Court’s decision to strip away federal abortion rights means 26 states – many in the South and Midwest – are certain or likely to enact bans, according to Guttmacher. Others, including on the West Coast and Northeast, are likely to retain access.

Some states that expect surges in demand as nearby states enact bans face uncertainty because of upcoming ballot measures, hostile legislatures or midterm elections that could oust abortion rights supporters protecting access in states such as Wisconsin, Michigan and Pennsylvania.

“Florida in the South, Kansas in the middle of the country and North Carolina further up the southeast coast are just critical access points so that people don’t have to travel even farther,” said Elisabeth Smith, director for state policy and advocacy at the Center for Reproductive Rights.

It’s not just about money for the procedure, she said: “You add in travel costs for several days. Can you get the time off of work, probably unpaid? And can you arrange for child care?”

The issue is likely to bring more people to the polls from both sides. The stakes are especially high for lower-income women, for whom travel may be too expensive, Smith said.

‘High and dry’: Abortion bans could be riskiest on women in health care ‘deserts’

Why Florida is critical

Much is unknown about what legislation or legal challenges may emerge and how the use of abortion pills, and efforts to block them, will play into access.

Some advocates worry about Florida, which has a large population and more than 50 abortion clinics. Texas, Louisiana, Alabama, Mississippi, Georgia and South Carolina are all expected to prohibit or severely weaken access. None of the states surrounding Florida has a right to abortion, either in statute or through its constitution, Smith said.

Florida’s Supreme Court found abortion to be a right under the state constitution in 1989. Some advocates expect anti-abortion groups to pursue legal challenges seeking to change that. Nash said the courts in Florida have become more conservative.

Lawmakers passed a ban on abortions after 15 weeks of gestation, which is set to go into effect in July. Nash said lawmakers could push for shorter bans. Republican Gov. Ron DeSantis tweeted Friday that Florida would “work to expand pro-life protections,” though he did not provide details. 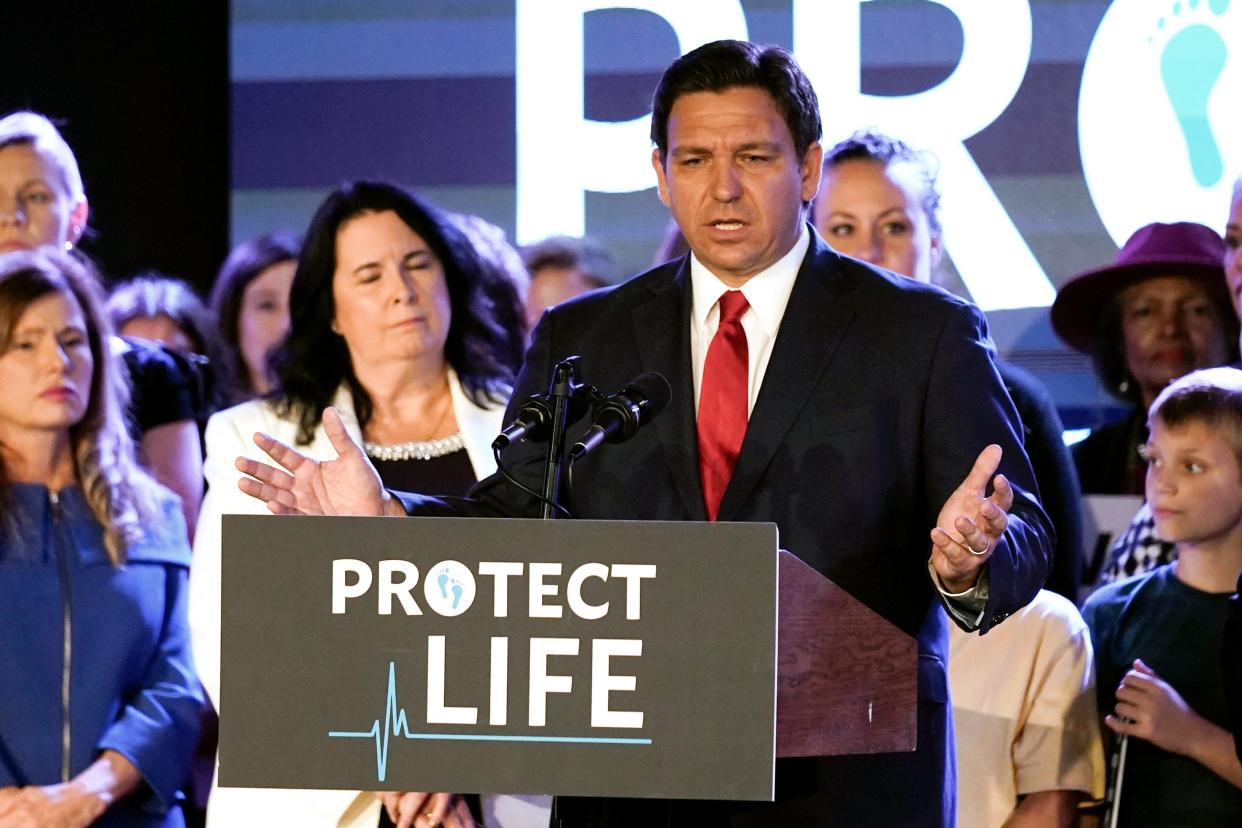 Middlebury College economist Caitlin Knowles Myers said a total ban would have a huge effect. She projected that 100,000 women across the country in the first year after Roe was struck down would not be able to travel to get an abortion because of all the state bans expected to go into effect. If Florida enacted a full ban, that number would rise to 130,000 because of the state’s population and location in the Southeast, she said.

Mary Ziegler, an abortion law expert at Florida State University, said polling suggests a total ban would be unpopular in Florida and some Republicans seemed reluctant to go that far, at least in the near term. Still, she said, there will be intense interest in Florida as bans are expected nearby.

As abortion providers gear up for a surge, they wonder how long the policies will hold.

“I worry that in a year or so, Florida will be banned altogether. But right now, it’s just too early to tell,” said Kelly Flynn, CEO of A Woman’s Choice clinic in Jacksonville.

LACK OF SUPPORT: Activists ask: Where are the men?

Though Kansas is a Republican-dominated state, its Supreme Court ruled in 2019 that a pregnant person’s right to personal autonomy was protected under the state constitution, providing protection for abortion, according to the Center for Reproductive Rights.

Democratic Kansas Gov. Laura Kelly has supported the right to abortion despite a Republican-controlled Legislature that has sought to restrict it.

“Kansas already is a really important state for abortion care,” said Alesha Doan, a University of Kansas professor of public affairs who studies abortion, citing the state’s central location. Most of the states that border Kansas, apart from Colorado, “are extremely hostile to reproductive rights and abortion.”

Missouri, Arkansas and Oklahoma have passed near-total bans that were previously not legally permissible, Doan said. She said Kansas is even more “pivotal” after Roe was stuck down and is likely to see an influx of women seeking abortions.

In August, Kansas voters will decide on a ballot measure that declares the state constitution does not grant a right to an abortion. The vote will take place during primary elections when Doan said voter turnout is often low.

More than 60% of residents said they oppose making abortion completely illegal in Kansas, according to a Fort Hays State University poll released in February. It found that 50.5% said the Kansas government should not place any regulations on the circumstances under which people can get abortions, and 25.4% disagreed.

If the amendment passes, Doan predicted that when the Kansas Legislature reconvenes in thespring of 2023, it would introduce “a battery of more anti-abortion bills, ultimately making access impossible.” 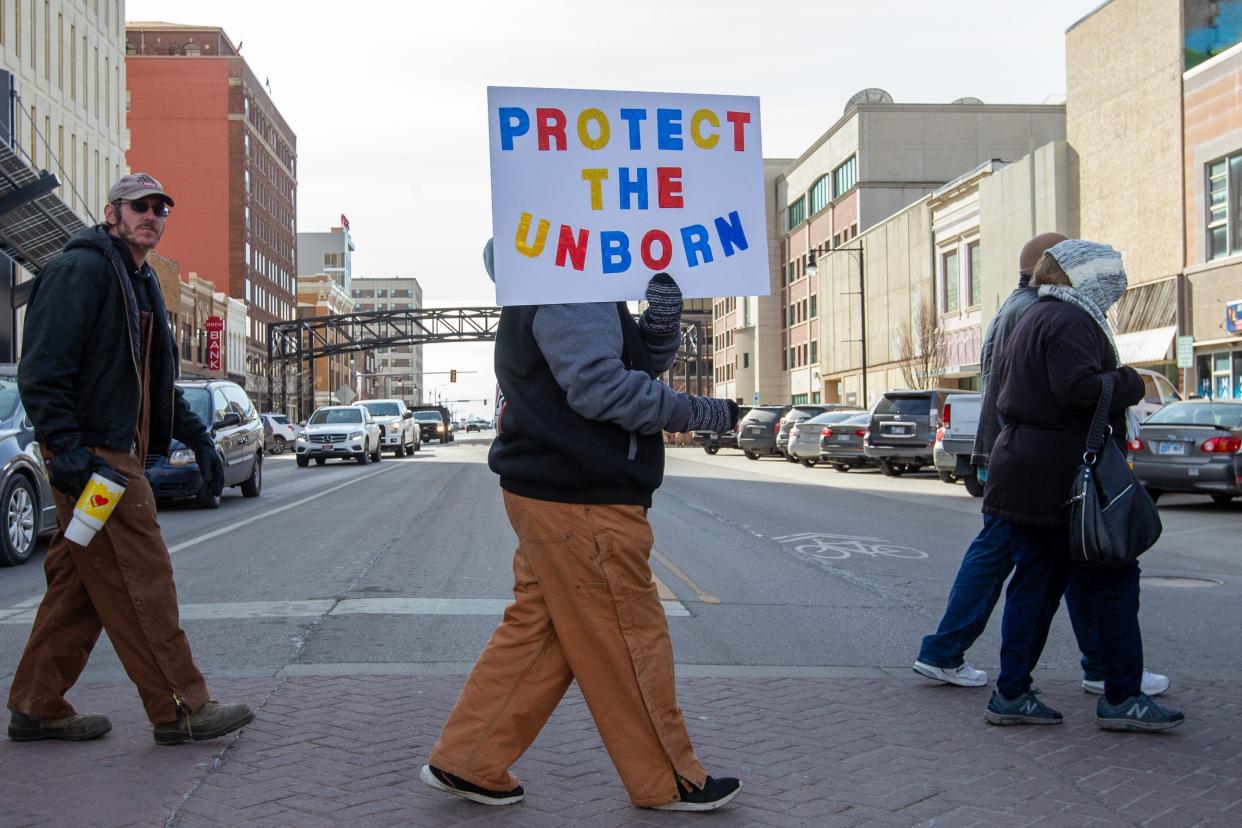 Women from the South and Midwest might head to Colorado or Illinois instead of Kansas, but they could find long waits for appointments.

“The reality is, there are not enough providers in half the country. The states where abortion will remain legal can’t make up for all of the needs of people in the other half of the country,” Smith said. “Providers in Colorado can’t take on all of the needs in Texas and the West. And so you need Kansas both for people coming from the West and also from the Midwest and the South.”

Advocates and experts said North Carolina could be the nearest destination for some in the South. It borders several states that have “trigger laws” to ban or restrict abortion that were set to go onto effect after Roe was overturned.

North Carolina Democratic Gov. Roy Cooper vetoed anti-abortion legislation by the Republican-controlled Legislature, which was just short of enough votes for an override – a circumstance anti-abortion activists hope to change in November.

“How the election turns out – is going to impact the ability we have to protect abortion access in North Carolina,” Tara Romano, executive director of Pro-Choice North Carolina, told the Fayetteville Observer. 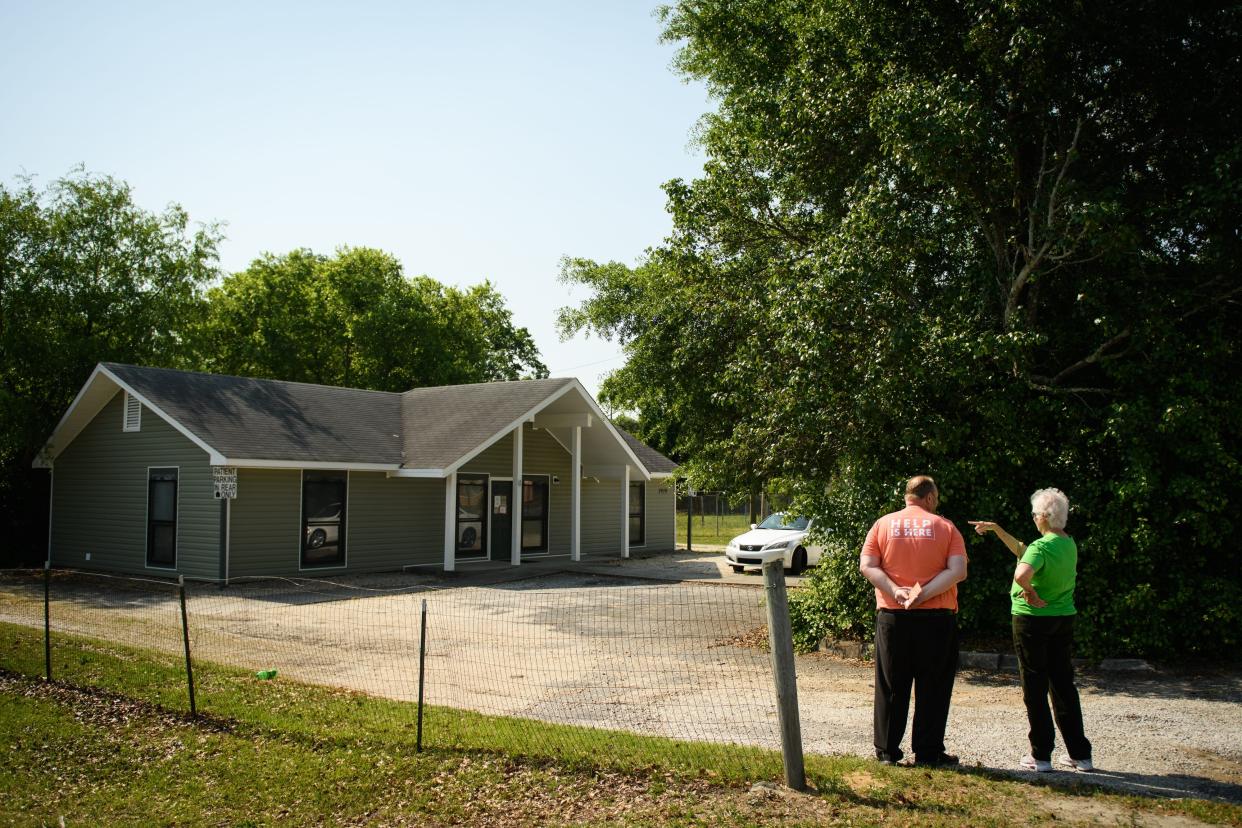 If North Carolina lawmakers ban or restrict abortion, Flynn said, it would have a disproportionate impact on low-income women.

“People with resources are able to travel,” she said.

Now that Roe is overturned, Ziegler predicted critical new state battlegrounds in the months and years ahead.

“We’re expecting the South and the Midwest to be places where abortion is broadly criminalized, which means that there’s going to be a lot more interest in what happens in places like Florida and North Carolina,” she said.

Chris Kenning is a national news writer. Reach him at [email protected] or follow him on Twitter @chris_kenning