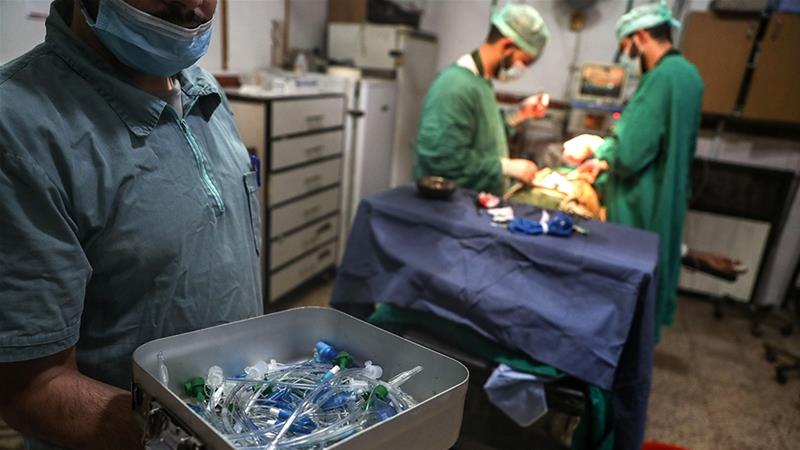 The Syrian government has systematically targeted health facilities and health workers in opposition-held areas as part of a wider strategy aimed at “breaking the civilian population”, according to a new report by Physicians for Human Rights (PHR).

In the study released on Wednesday, the rights group said that during the course of Syria’s years-long civil war the government has violated domestic and international law, as well as basic medical ethics and the obligation to care for the sick and wounded without discrimination.

“To date, no other report by a human rights group, the UN or other have documented how healthcare workers in Syria were arrested, detained and tortured by the Syrian government,” said Rayan Koteiche, a researcher at the New York-based organisation told Al Jazeera.

“It is the first report to document how the Syrian government purposefully targeted health workers for detention and torture, specifically because of their delivery of healthcare.”

The Syrian war erupted in 2011 and has caused a dire humanitarian situation in much of the country. In July, the UN said that more than 100,000 people had been detained, mostly at the hands of the Syrian government.

The provision of nondiscriminatory healthcare was criminalised by the government of President Bashar al-Assad under Counter Terrorism Law 19 issued in 2012. Providing healthcare in opposition-held areas is “material support for terrorism” and punishable under the law.

The report states that healthcare workers in opposition-held areas were specifically “targeted” by government authorities.

PHR relied on interviews and psychological assessments of 21 formerly detained healthcare workers, who declined to be named citing fears for their safety, for the 48-page report entitled “My only crime was that I was a doctor”.

The organisation said that health workers who were arrested experienced overcrowding, extremely poor sanitation and lack of access to medical care in detention. In addition, they were rarely provided with sufficient water and food.

PHR said that the detentions it documented “can be qualified as enforced disappearances” and that in most cases the families of the detainees had no information about their whereabouts for months.

Most healthcare workers interviewed in the report were forced to sign prepared confessions, which the authorities then used as evidence against them, PHR said.

One paramedic who later became administrative director of a hospital in rebel-held territory told Al Jazeera that he was arrested by government authorities in May 2013 and charged with membership in a terrorist organisation.

He said he spent 14 months in solitary confinement in a toilet room without windows and was subjected to repeated torture  including electrocution, beatings and sexual assault which left him with a physical disability.

Healthcare workers were arrested and abused in prison “regardless of whether the people they treated were injured combatants or provided baby formula to mothers with infants,” he told Al Jazeera.

Dr Michele Heisler, one of the authors of the report, told Al Jazeera that “the provision of medical care to real or perceived opponents of the Syrian government was effectively criminalised and grotesquely punished in violation of the 1949 Geneva Conventions.”

“Since 2011, the Syrian government and its allies have bombed hospitals and killed healthcare workers,” she added.

PHR said the Syrian government is bound by international humanitarian law which protects medical personnel. The Geneva Conventions provides for the respect and protection of medical personnel in all circumstances. International law also prohibits the punishment of a person for performing medical duties in line with medical ethics.

Syria ratified the 1984 UN Convention against Torture in 2004. The Convention requires parties to actively prevent acts of torture, even during wartime.

PHR called on the Syrian government to urgently release all arbitrarily or unlawfully detained individuals from detention sites and to disclose the location of such detention sites. The rights group also recommended that the UN Security Council refer the situation in Syria to the International Criminal Court. 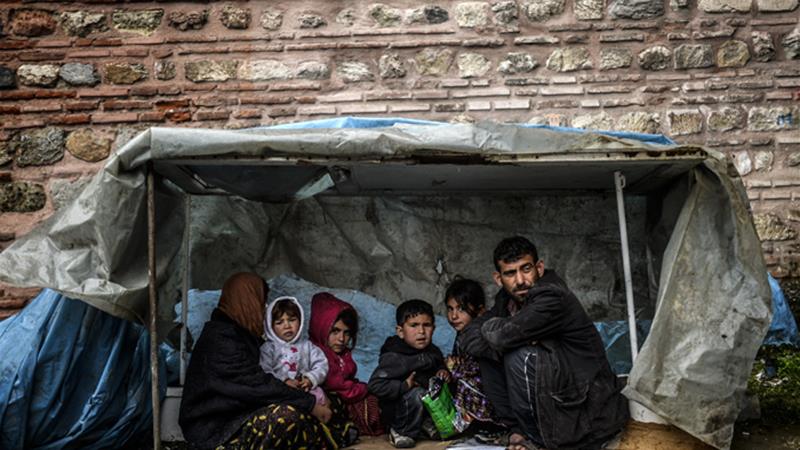