LEGENDARY broadcaster Andrew Neil is set to grill each party leader ahead of the Christmas election.

But when is each interview, and who will he question? Here's our lowdown…

Jeremy Corbyn will be interviewed by Andrew Neil on Tuesday 26 December 2019.

He is expected to face tough questions on his Brexit position, anti-semitism, and Labour's economic policy.

In his 2017 grilling by Neil, Corbyn was probed over his links to the IRA, and his earlier speech where he linked the Manchester bombing to Britain's own foreign policy.

He went on to say: "I never met the IRA" despite inviting two members of the provisional IRA to Parliament just weeks after the Brighton bombing in 1984.

Nicola Sturgeon has already been interviewed.

She was grilled on Brexit, and her government’s record in Scotland.

She insisted Scotland would be able to rejoin the EU "relatively quick" if it gained independence from the UK.

Ms Sturgeon said: "I want to stop Brexit, but I also want Scotland's future to be in Scotland's hands, which is why I would expect Jeremy Corbyn, in a minority Labour government, to respect the right of the people of Scotland to choose their own future.

"I don't think it's reasonable for any Labour leader or any Westminster politician to say to the SNP, give us support, if they don't support that fundamental principle about Scotland having the right to choose our own future."

Mr Neil branded Scotland's leader "self-serving and inconsistent" for being prepared to back a second Brexit referendum, but not a confirmatory referendum on Scottish independence. 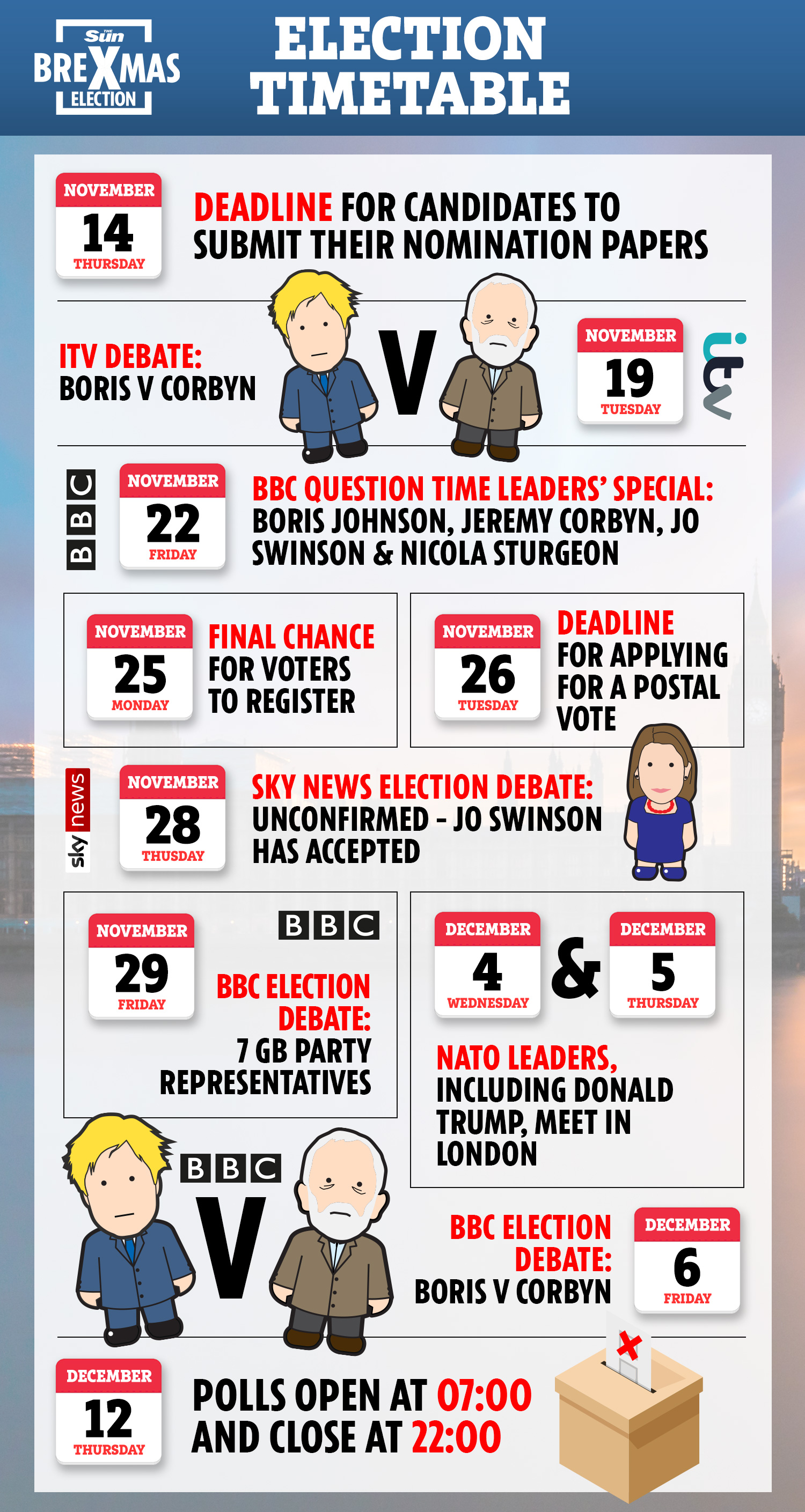 If Boris Johnson is interviewed, it will be on either 3 December or 4 December.

Last time he was interviewed by Neil, Johnson said that crime in London fell by 20 per cent during the time he was mayor of the capital.

He repeated his claim that the issue of the Irish border backstop could be sorted out after Brexit had happened, saying it should be "deleted" from the current Withdrawal Agreement and discussions on the issue should be part of any trade agreement.

If Jo Swinson is interviewed, it will be on either 3 December or 4 December.