However, the clock is already ticking to the next vote – here's when America will head to the polls again, and whether the President is standing for re-election. 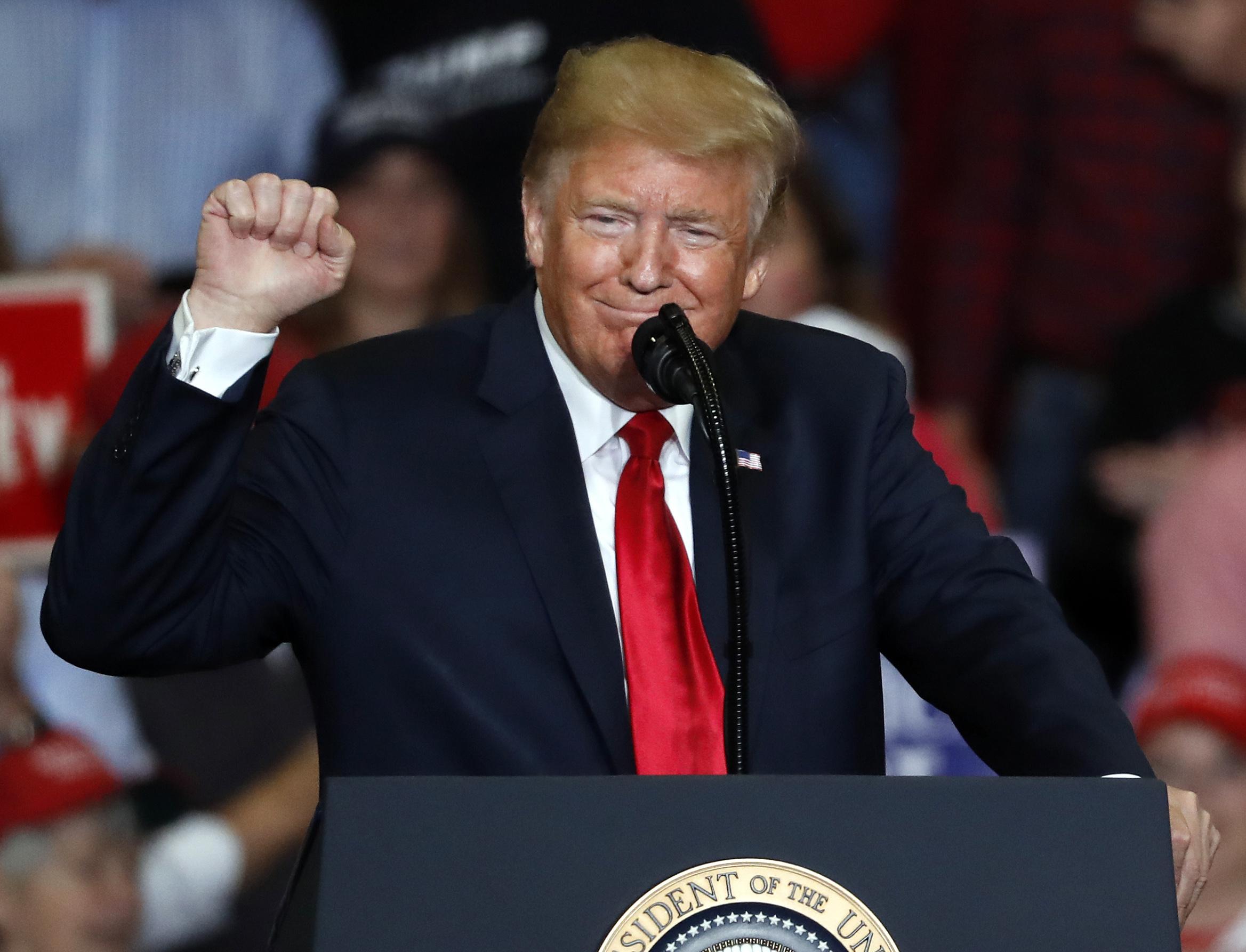 When is the next US Election?

The next US presidential election is scheduled for Tuesday, November 3, 2020.

In America, election votes take place every four years, and this will be the 59th election since the first in 1788.

As always, it will be a drawn-out affair, with the primaries and caucuses set to stretch over the first half of the year.

The winner of the election will then be inaugurated on Wednesday, January 20, 2021.

Will Donald Trump run for President again in 2020?

On February 27, The Drudge Report claimed that Donald Trump was set to announce that he is running for re-election.

Trump has raised more than $100m for his 2020 re-election campaign.

He raised $18m (£13.6m) during the July to September fundraising quarter, according to Federal Election Commission filings.

Trump made the decision to file for re-election on the day he took office.

If confirmed, it would be the boldest re-election announcement in history – coming a record-breaking 980 days before the next election day.

The US news site also reported that the President had selected Brad Parscale as his campaign manager.

Parscale had served as digital media director during the successful 2016 bid, and has worked for the Trump Organization since 2011.

Who will stand for the Democrats in 2020?

The Democrats have not announced who will represent them during the next US Election – but that hasn't stopped the rumours spreading.

There are many possible names being mentioned as potential Democrat candidates for 2020, one of them including junior US Senator from New Jersey Cory Booker, who has been serving since 2013.

Another frequently-mentioned name is Elizabeth Warren, 69, is currently serving as the senior US Senator from Massachusetts since 2013.

Bernie Sanders, 77, is talked about yet again, as the veteran politician is hoping to enter the race in 2020, though his and Warren's ages could be seen as negative factors.

Michael Avenatti, also known as Stormy Daniels' lawyer, is considering to be a candidate.

The 47-year-old said that he is "seriously considering" challenging President Donald Trump in 2020, and even said that he was willing to get dirty if he did.

Kristen Gillibrand is another potential contender. She has been serving as the junior US Senator from New York since 2009.

The Democratic face of the Russia probe, Mark Warner, built from his role as the Senate Intelligence Committee’s ranking member.

He is also looking to represent the Democrats in 2020.

How do US elections work?

The US Presidential election system works in a very different way to our own.

Each of the 50 states as well as the District of Columbia, where Washington is located, has a number of votes in the Electoral College to award to a candidate.

The number of votes is based on the number of members of congress the state has which is in proportion to the population of the state.

All states bar Maine and Nebraska give their votes on a winner takes all basis according to which candidate received the most number of votes in that state.