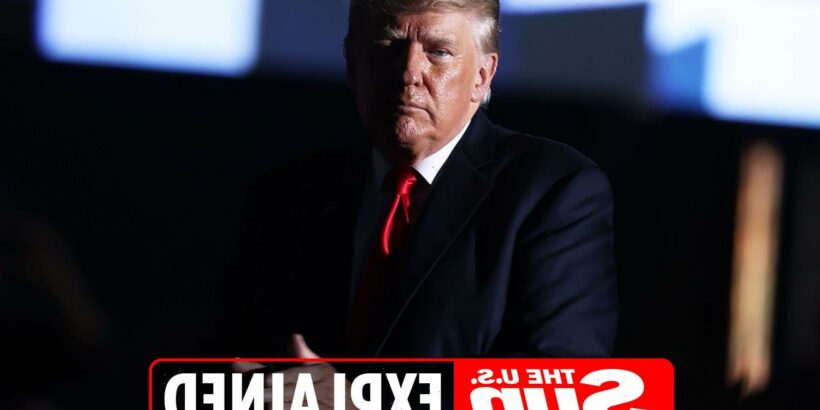 DONALD Trump held his first rally since leaving the White House on Sunday, June 27, as he addressed a swarm of MAGA supporters in Ohio.

At his rally, Trump ripped into President Joe Biden and branded his presidency a "complete and total catastrophe". 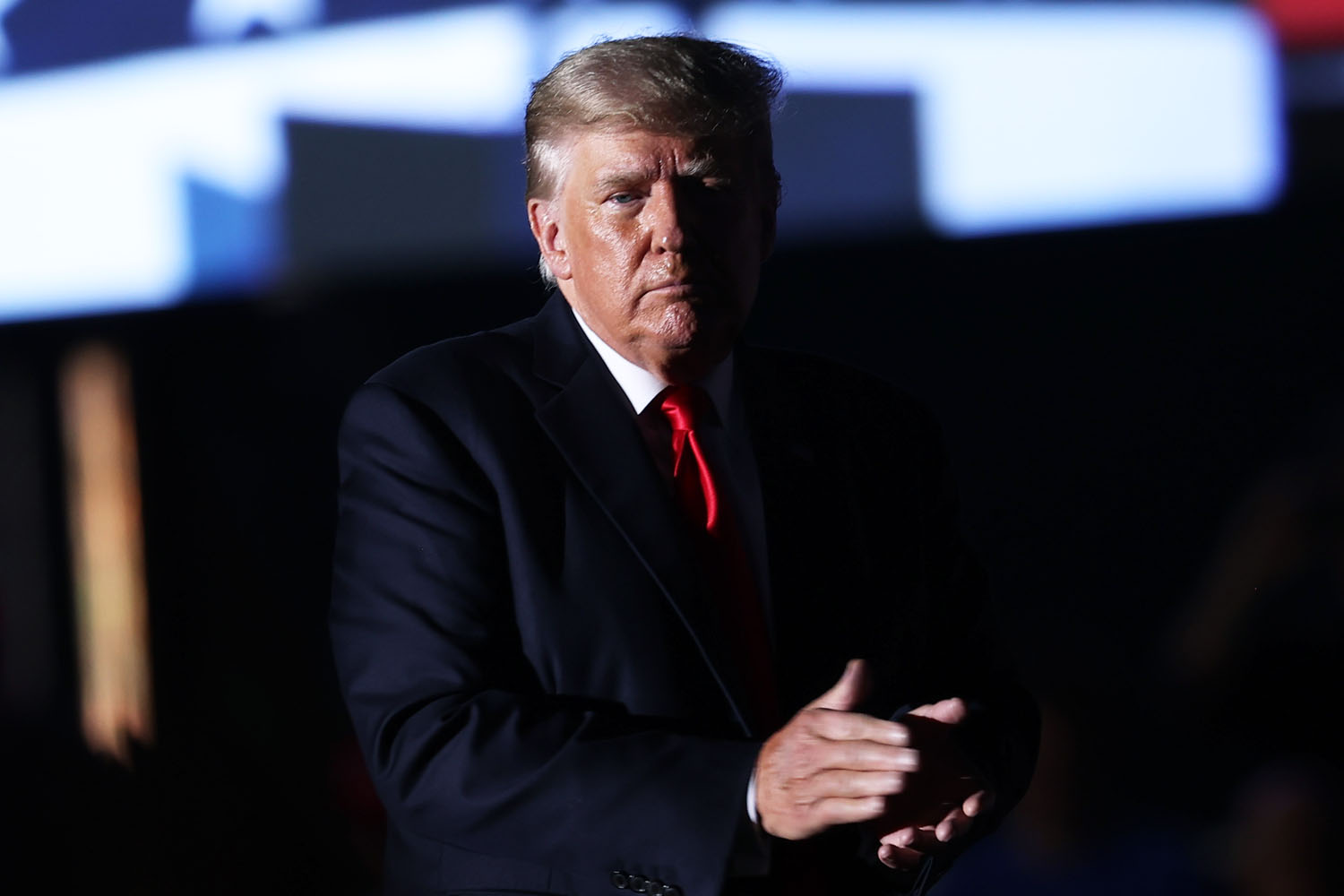 When is Trump going to the border?

On June 15, Donny announced that he accepted an invitation to visit the nation's "decimated" southern border at the end of the month.

"I have accepted the invitation of Texas Governor Greg Abbott to join him on an official visit to our Nation's decimated Southern Border on Wednesday, June 30, 2021," the statement said.

Trump also took the opportunity to blast Biden's administration and its response to the border situation.

"The Biden Administration inherited from me the strongest, safest, and most secure border in US history and in mere weeks they turned it into the single worst border crisis in US history. 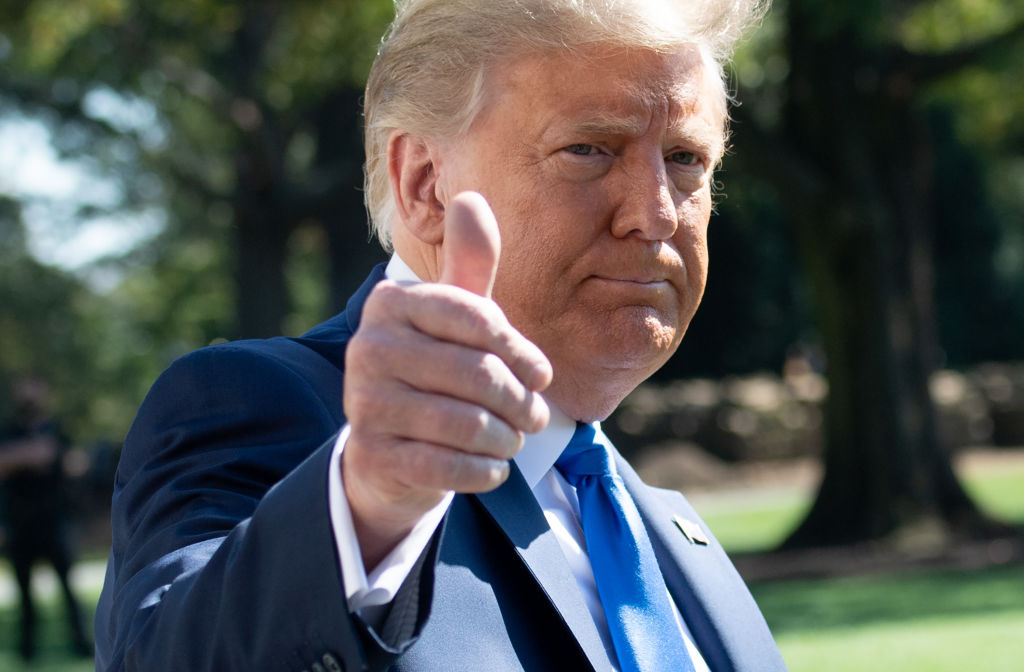 "It's an unmitigated disaster zone," he continued.

The former president said that the US went from having "border security that was the envy of the world" to a "lawless border" that is pitied around the world.

He went on to slam Biden and Kamala Harris for not visiting the Southern border or the "ICE heroes risking their lives to defend our Nation at a time when the White House is doing everything it can to make their jobs totally impossible."

Did Kamala Harris visit the border?

VP Harris toured the El Paso Central Processing Center in Texas on Friday, June 25, as part of her first visit to the border in the 93 days since she was appointed "border czar" by the Biden administration,

The vice president was met with a procession of MAGA protesters waving pro-Trump flags and holding up signs that mocked her border response.

Some of the protesters wielded signs falsely claiming that "Trump Won" the 2020 election, an unfounded claim Trump has himself repeatedly espoused since losing the vote to Biden in November.

Others held banners that read "Que Mala Harris" – a play of the VP's name which, when translated to Spanish, means "how mean." 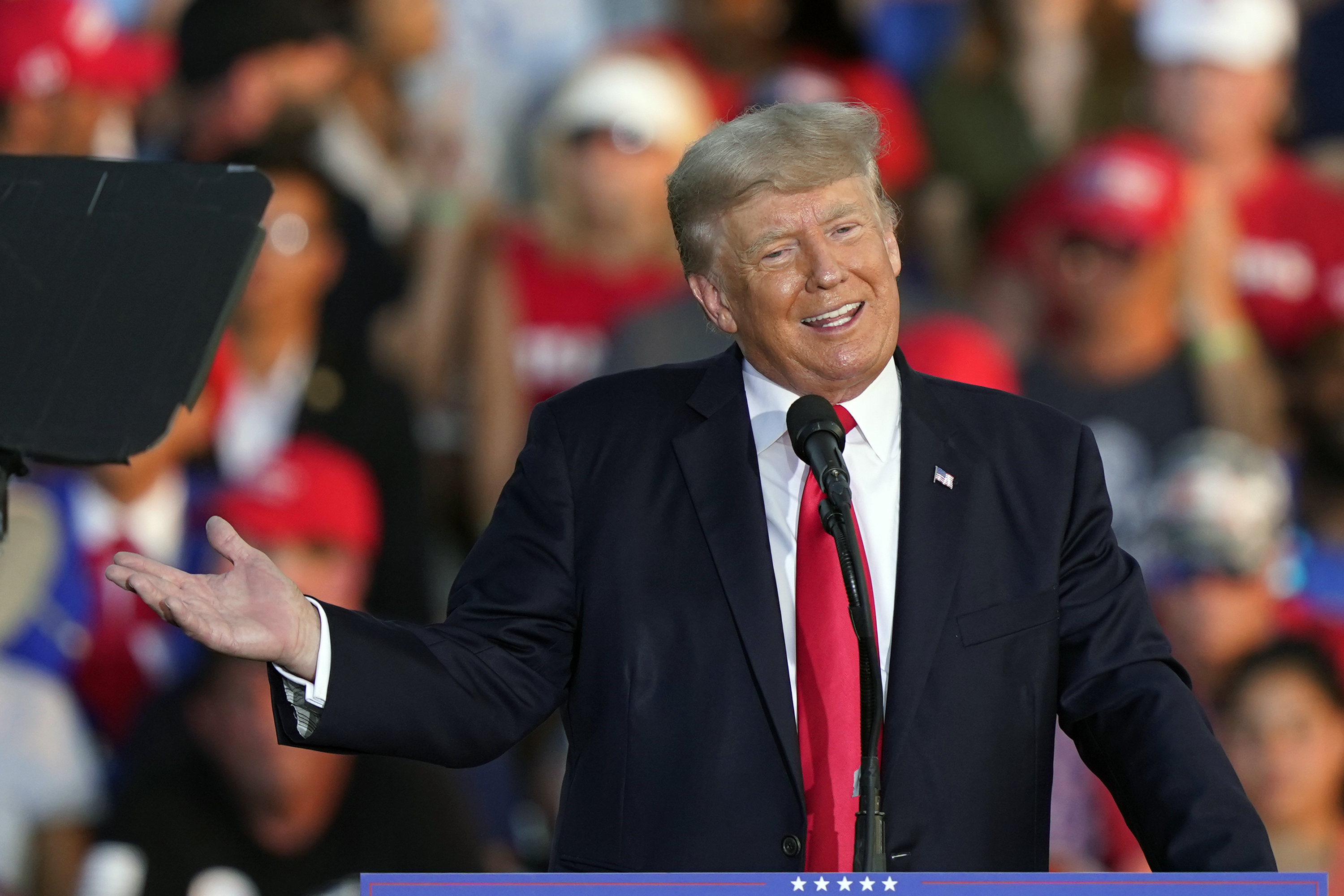 Additional slogans like, "Kamala, do you hear their screams?" were seen emblazoned on placards in reference to the child migrants being held in cramped detention facilities.

One sign asked how many "little girls need to be raped" before the administration declares the situation at the border a "crisis."

Harris' border trip came after months of GOP pressure and criticism over her seeming unwillingness to visit the region – despite being tasked by Biden to address the "root causes" of migrant crossings in March.

A border agent speaking on the condition of anonymity told Fox News he wasn't "surprised" it took so long for Harris to make the trip.

"I'm not surprised. She doesn't think this is a problem," the agent said. "If Vice President Harris truly wanted to assess the situation at the border, she'd head to McAllen and sites along the Rio Grande Valley.

"It will be worth seeing if this trip extends beyond a rubber stamp of ‘I visited the border.’" 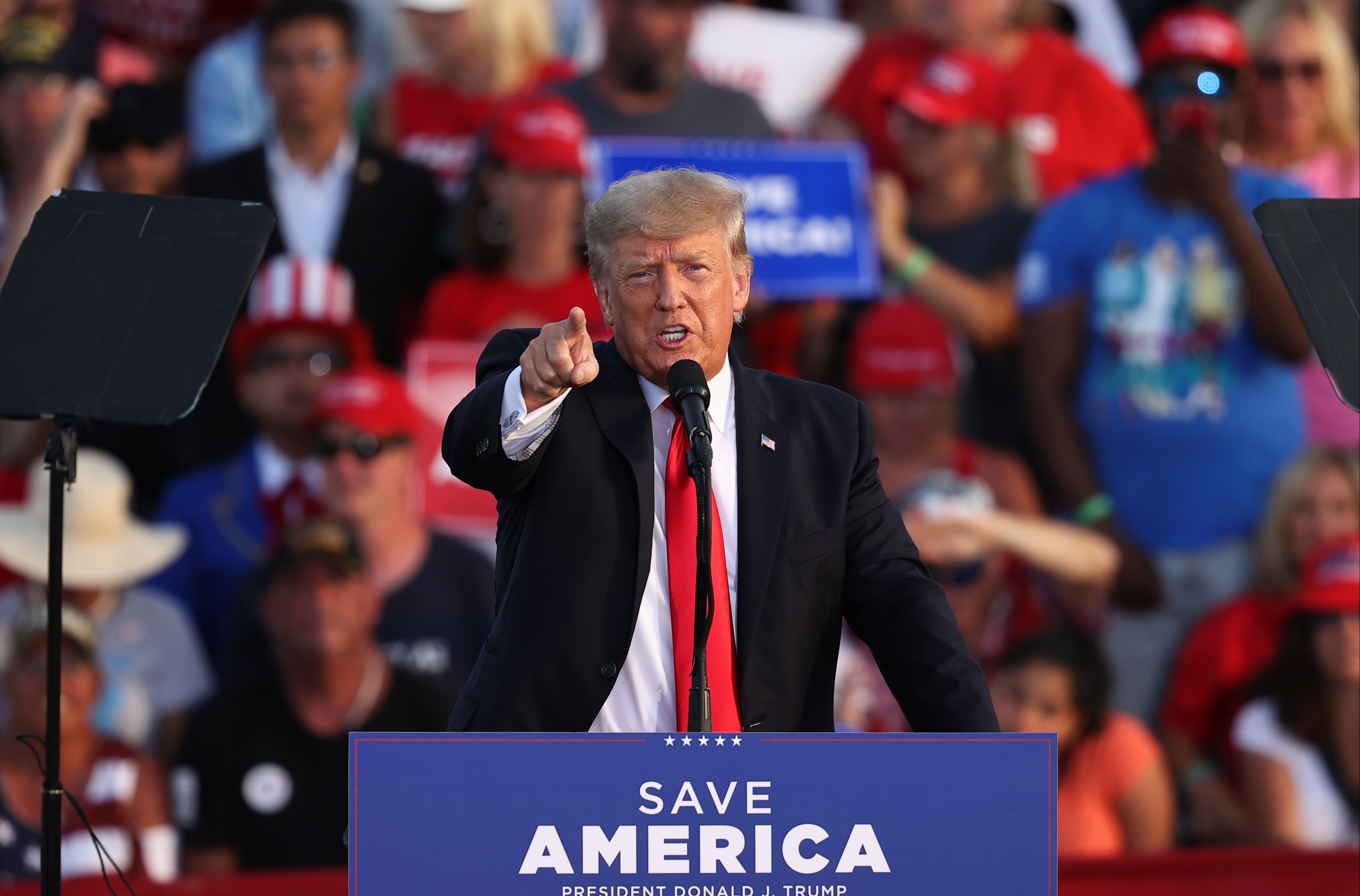 Addressing the media after her fleeting trip, Harris said Biden "inherited a tough situation" at the border from the previous administration, and blamed a series of "disastrous" Trump-era policies for contributing to the surge in crossings.

"This was an important trip," she said, "and it was connected with the obvious point: If you want to deal with the problem you can't just deal with the symptom, you have to address what caused it [too]."

Did Trump make a bet about Kamala Harris' border visit?

In an interview with The Rubin Report, Trump said he made a bet that Harris would go to the border after he announced his trip.

"As soon as I announced I'm going to the border, I actually made a minor bet.

"I said watch what happens she's going to announce it right after I announced, as you know she announced that she's going down."

In a final dig, he insinuated that the vice president "would've never gone to the border" if he wasn't visiting next week.

Trump brought up the vice president when he was asked by Dave Rubin who he thinks is "really running this thing." 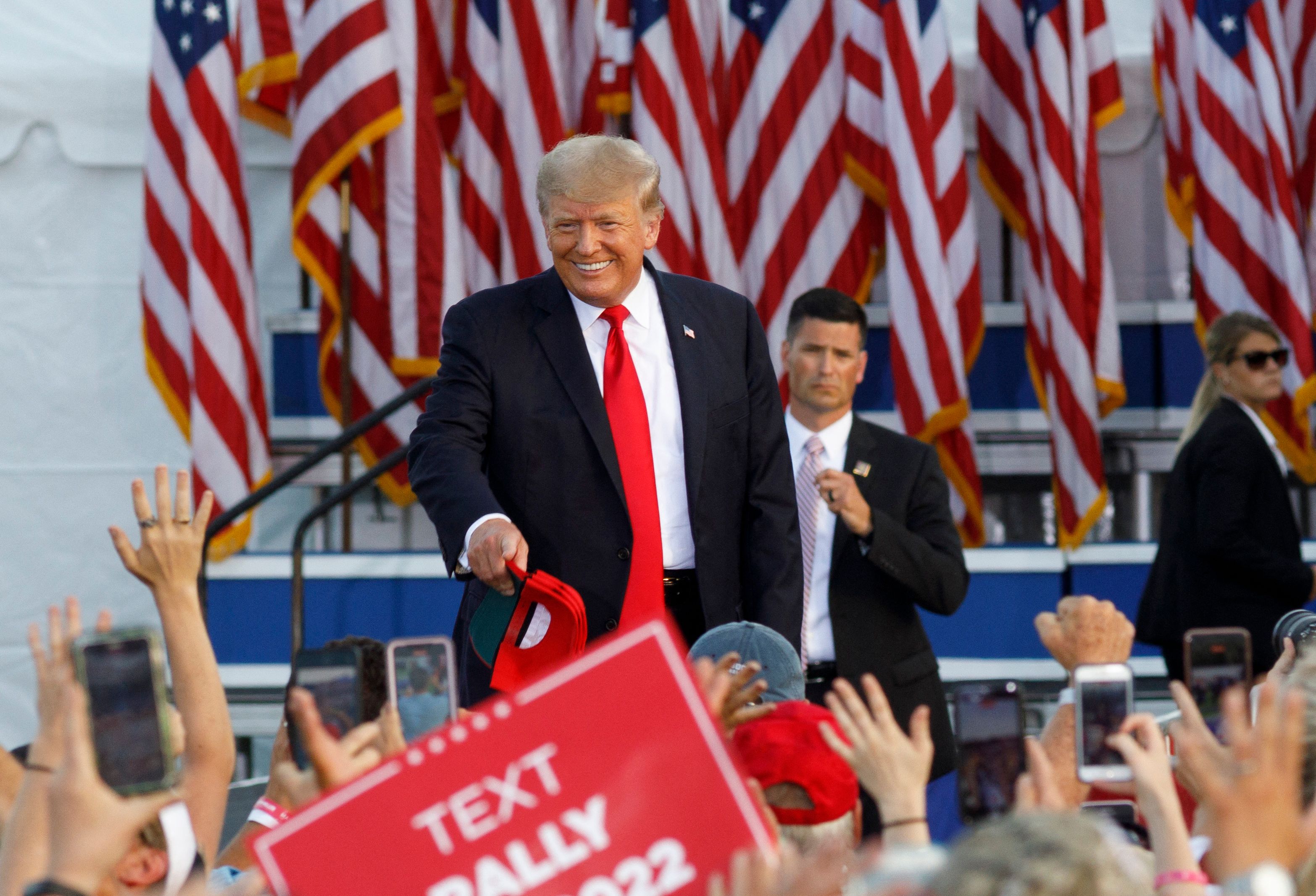 He went on to hammer home that he believes it is a "group of people," adding "I don't think it's Biden, frankly, and in many ways wish it were, because that's the way it's supposed to be, but I don't believe it is."

"Maybe Harris, to an extent, but I don't think she's distinguishing herself with her border trips," Trump slammed.