BRISTOL, England (Reuters) – Anna Amato was just two when she moved to Britain from Italy with her parents 55 years ago. 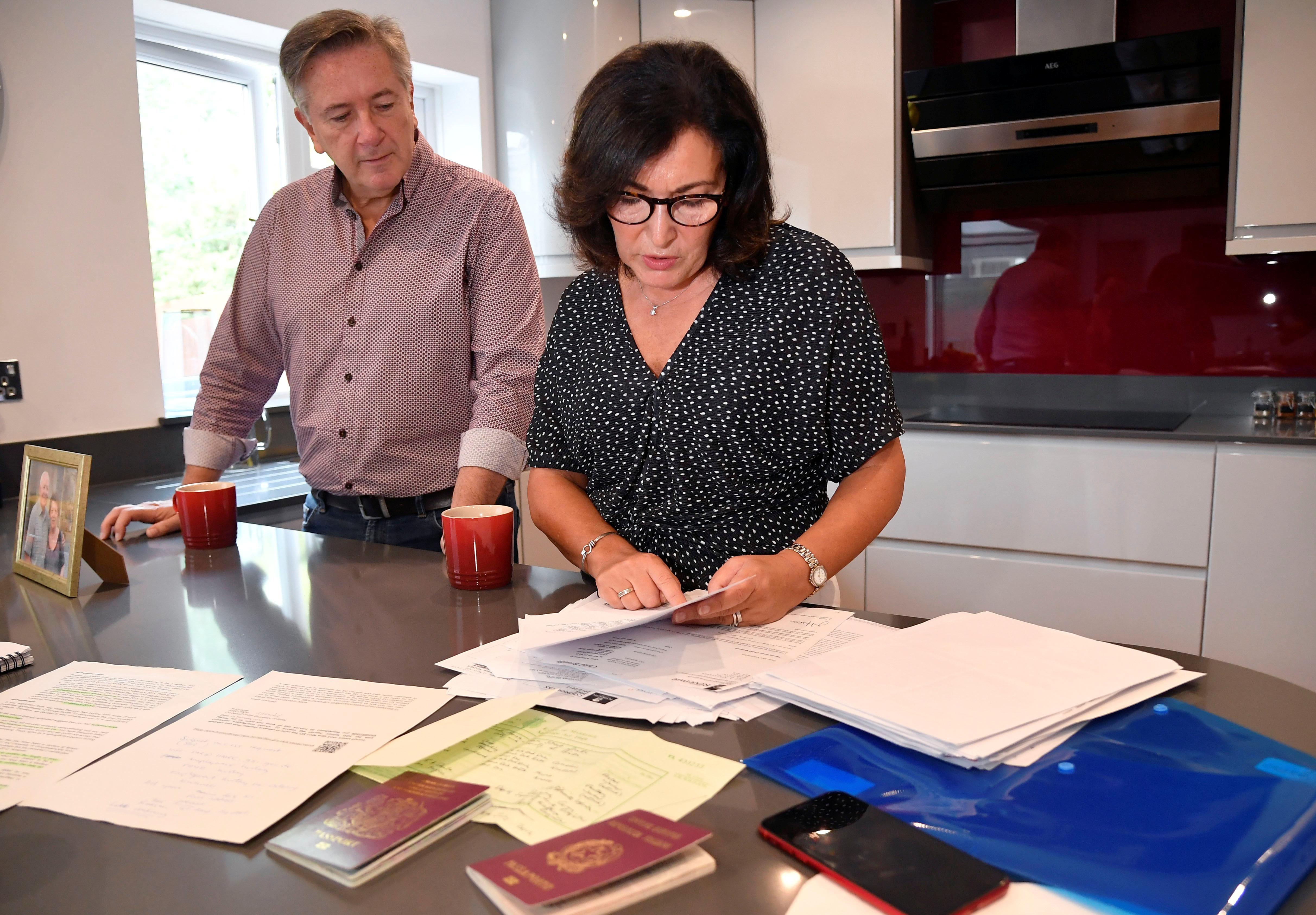 She has lived in Britain ever since, attending school and university, working in a variety of jobs, and paying taxes. She has always lived in the city of Bristol in the west of England, marrying a British husband and raising two British children.

Like thousands of European Union nationals who have made Britain their home after living in the country for decades, Amato always assumed she had earned the legal right to settle permanently.

But the government didn’t agree. The interior ministry rejected her request for permanent residency last year, saying she did not have enough evidence to document her status.

“You are in your country, it is a democracy, all of a sudden you are told after this time no one knows what is going to happen to you,” Amato, 57, told Reuters. “Where do I go? It is really, really scary.”

Amato is one of a growing number of EU nationals denied the right to live indefinitely in Britain ahead of the country’s departure from the bloc, currently scheduled for October 31.

For decades, Britain’s membership of the EU has guaranteed the bloc’s citizens the right to live and work in the country. But as Britain prepares to sever ties with Brussels after 46 years, EU citizens must apply for a new legal lifeline to remain, known as settled status.

Under the government’s plans, EU citizens who can prove they have lived continuously in Britain for five years will be granted settled status, giving them the same rights to work, study and benefits they currently hold.

But Reuters has spoken to six EU nationals, including a top French chef, who have been refused settled status, even though they should automatically qualify through continuous residency.

Many EU nationals are concerned they could lose the right to free healthcare or employment. Others are worried about how they will prove they have the right to return if they travel abroad.

The fate of EU migrants has been thrown further into confusion by the government’s announcement this month that their automatic right to live and work in Britain will end abruptly – and sooner than expected – in the event of a no-deal Brexit.

The problems facing EU nationals asked to suddenly prove their status mirrors the Windrush scandal, in which British citizens of Caribbean origin were denied rights despite living lawfully in the country for decades. Some lost jobs, others were wrongly deported.

Virendra Sharma, a lawmaker in the opposition Labour Party and a supporter of the pro-EU Best for Britain campaign group, said Amato’s case was a sign the government is ill-prepared for such a drastic overhaul of the immigration system.

“Anna’s story is a tragic one,” he said. “How can somebody who has given so much of their life to the UK, who went to school here and got married here, have their existence in this country wiped? I think most people would say that can’t be right.”

Amato, who speaks with a soft Bristol accent, began trying to unravel her immigration status in 2017. It was a year after Britain voted to leave the EU and the government was promising to tighten immigration rules for the bloc’s citizens. She spent about three months compiling documents to apply for settled status. They included tax returns, bank statements, her qualifications and social security number, known in Britain as a national insurance number.

In a career spanning almost 40 years, Amato ran a pizza takeaway for almost 20 years and also worked as a personal assistant and counselor. Amato, who says she’s apolitical, estimates she has paid more than half a million pounds ($615,000) in taxes.

By the time she had finished collecting documents she filled a box, which was so heavy it cost her 35 pounds to post.

But the interior ministry refused her application saying she had “failed to show you have a permanent right of residence in the UK,” according to a letter seen by Reuters.

Amato then made a series of frantic calls to the ministry and sent almost a dozen emails complaining there had been a mistake. The government so far refused to change its decision.

In one email which particularly riles Amato, a government official told her she had failed to prove herself as, “a qualified person either as a worker, a self-employed person, a student, a jobseeker, or a self-sufficient person”. “It is so insulting,” she said, wiping away tears. “You know we all need a basic need to feel a sense of belonging, wherever we are.”

“All of a sudden, they snatch it away from you. You become unstable. It gives you anxiety, stress, you know it affects every aspect of your life. It is so upsetting,” she said.

The interior ministry said Amato had not reapplied under its EU Settlement Scheme and that it had told her where to get assistance with the process.

The government launched its EU Settlement Scheme for registering EU citizens in January this year.

The status of British and EU nationals living in each other’s territories has been one of the most important issues in Brexit talks, which have dragged on for the past three years.

Both sides have promised to ensure settled citizens do not lose any rights.

In his first statement to parliament after becoming prime minister in July, Boris Johnson said he wanted to thank EU citizens living in Britain for their contribution and promised to ensure they could remain after Brexit.

But Daniel Hannan, a prominent Brexit supporter and Conservative lawmaker in the European Parliament, has called on the government to do more, saying he had been contacted by EU nationals in his constituency denied long-term residency.

“This is a breach of the assurances I and other Leavers gave during the referendum,” he said. “Please help sort this out.”

Until recently, the government had been advising the estimated 3.5 million EU citizens living in Britain that they had until December 2020 to register to retain their rights. So far, only about 1 million people have applied.

Richard Bertinet, a renowned French chef who has lived in Britain for the past 31 years, was denied settled status after applying earlier this month with the help of his British wife, a former lawyer.

Bertinet, who has written two award-winning cookbooks, appeared on cookery television programs and set up a bakery that supplies upmarket supermarket chain Waitrose, said he had only been granted pre-settled status.

The ministry gave him the right to stay until 2024, when he will need to reapply for settled status. “It is painful and embarrassing,” he told Reuters. “I have spent more time in my life in this country than in France.”

Bertinet said he fears more for vulnerable people, such as those who speak poor English or the elderly.

“There are going to be a lot of tears for a lot of people.”

The interior ministry said in response to a request for comment that it has been in touch with Bertinet to help him provide evidence to be granted settled status.But others may not be so fortunate. It can be particularly difficult to prove residency for stay-at-home parents or carers even if they have lived in Britain for years.

Amato says she is not sure she will apply again to confirm her residency status – and will just deal with the consequences.

She could apply for citizenship through her British husband. But she’s offended by the idea of having to sit an English and history test and paying more than a thousand pounds to get citizenship after living in Britain for over half a century. 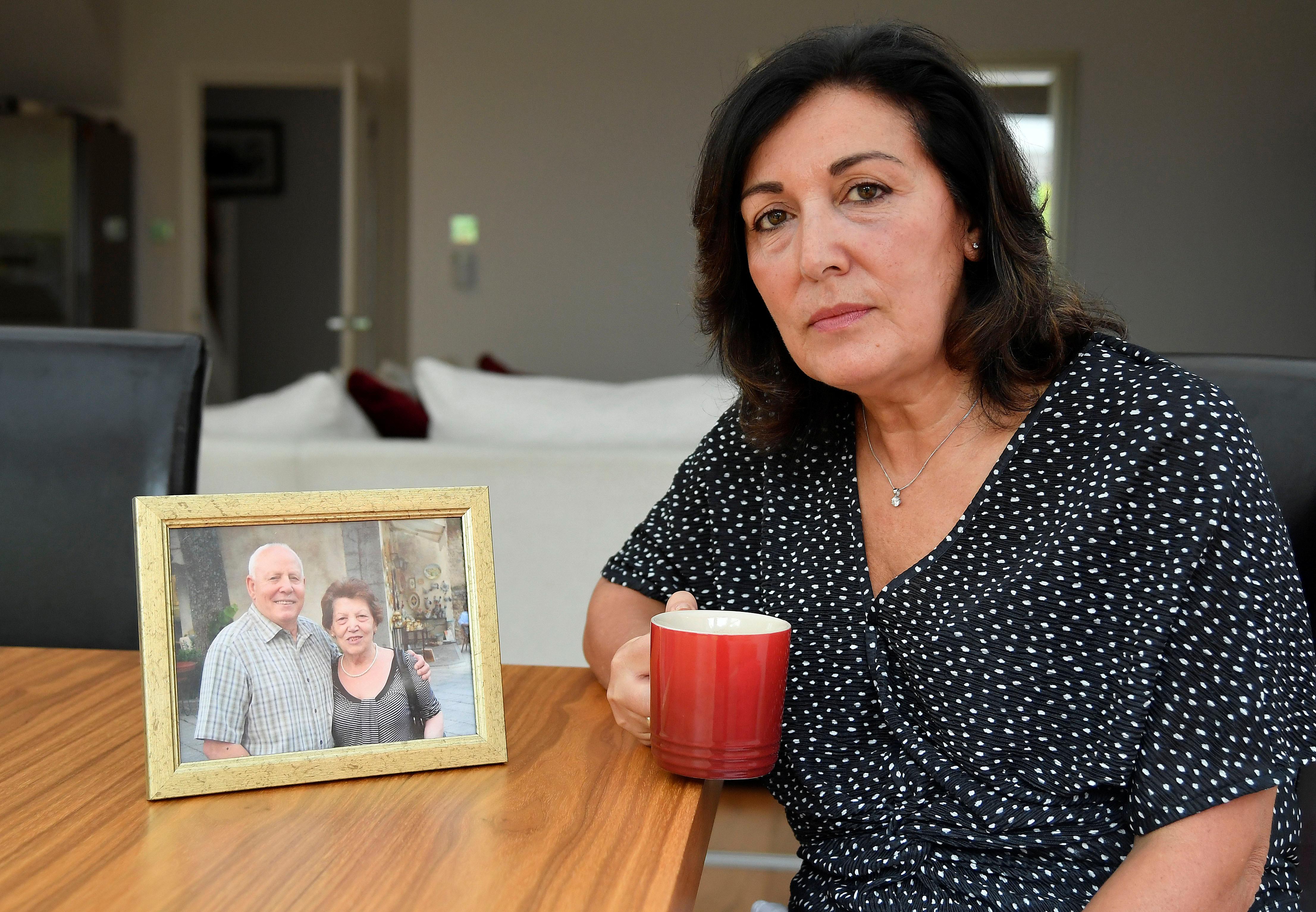 “I resent the fact I have to apply for settlement in my own country. If I apply again, I am enabling the system,” she said. “What is next? A badge, branding?”

Amato says her Italian father, who had dementia in later life and died in March, would be upset at how EU migrants are being treated. He moved his family to Britain to work in a factory making washing machines in 1964, a time when Britain was looking abroad for workers.

“He loved the UK because he thought it was a fair and decent nation. He was proud to be here,” she said. “I feel betrayed.”