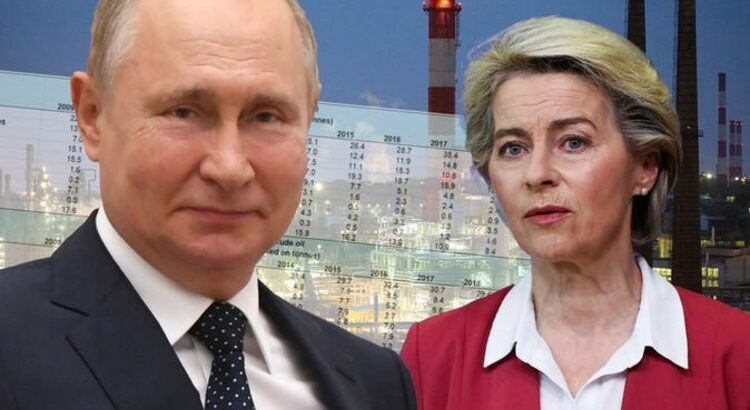 The coronavirus pandemic was an unprecedented health crisis that affected countries around the globe. But now European countries are preparing for an unmatched crisis: an energy crunch, which experts say has been brewing for years. The continent has reported widespread shortages of gas and coal with widespread blackouts possible if wind and solar power energy sources prove insufficient.

Europe is bracing for an extremely tough winter period amid rising wholesale prices which is causing an energy crisis across the continent.

Britain, Germany and several other countries have reported shortages and now are hoping mild temperatures continue so as to not put undue pressure on an already stretched industry.

Europe is short of gas and coal – and without other renewable energy sources such as wind power, the worst-case scenario including power cuts and factory closures could take place.

The energy crunch has been brewing for years, with Europe growing increasingly dependent on other sources of energy including wind and solar power.

Environmental policy changes have prompted some countries o to close their coal and nuclear outlets – which has reduced the number of power plants offering backup in tough periods.

Soaring energy prices are likely to push up broader inflation across Europe this year according to economists.

Kwasi Kwarteng, the UK’s Business Secretary, held an emergency summit with gas industry chiefs on Monday morning in an effort to contain the fallout caused by soaring market prices.

He said mid-level suppliers will be placed into administration if they fall into trouble this winter in an attempt to protect consumers from costlier bills.

For its own consumption, the EU needs energy that is imported from third countries.

In 2019, the main imported energy products were petroleum products, including crude oil.

Crude oil accounted for two-thirds of energy imports into the EU.

This was then filled by 27 percent of gas and six percent of which was solid fossil fuels.

In 2019, almost three-quarters of the EU’s imports of natural gas come from Russia – accounting for 41 percent.

According to Eurostat, the EU received most of its natural and liquified natural gas in 2019 from Russia.

The statistics indicate the EU received 34.3 terajoules from Russia in 2019, which was down 0.1 (TJs) on the previous year.

The remaining gas providers are as follows:

The dependency rate of the EU on net imports was equivalent to 61 percent in 2019.

This means more than half of the EU’s energy needs were met by net imports in that year.

This rate ranged from more than 90 percent in Malta, Luxembourg and Cyprus – to just five percent in Estonia.

The dependency rate on energy imports has increased since 2000 when it was just 56 percent.

European gas inventories are at their lowest level in more than a decade.

Europe’s gas prices have more than tripled in 2021 alone because Russia has been curbing additional deliveries to the continent to refill its depleted storage sites after a cold winter last year.

It has been difficult for the country to find alternative supplies, with the North Sea field undergoing heavy maintenance in the wake of coronavirus pandemic induced-delays.

In addition, Asia has been taking cargoes of liquified natural gas to meet rising demand there.

Russia is also facing an energy crunch of its own and therefore prices are likely to remain high even if Europe has a mild winter.