Dramatic weather images show a 1,000-mile wide polar plume sweeping into Britain via Russia and Scandinavia, as a Spring Beast from the East returns with a vengeance.

However in a reversal of fortunes forecasters believe the Easter bank holiday at the end of the month will see Britain bask in 26C sunshine.

Southern parts of Britain are at risk of snow flurries according to The Weather Outlook, with the north also likely likely to be hit by low levels later this week.

Spring sunshine has proved to be a no-show this weekend as Brits brace themselves for a miserable start to the week.

And the gloomy conditions could cause road chaos as millions make Easter holiday trips, with the RAC urging people to “prepare for journeys taking longer than usual.”

The Weather Outlook forecaster Brian Gaze said: “A ‘Beast from the North-East’ from Scandinavia means it could be a white Easter holidays for some.

“Sleet or snow even in the South can’t be ruled out.

“But warm air is expected later in the month, with a spread of computer model outcomes as some suggest up to 24C from around Easter and 26C in late April into early May.” 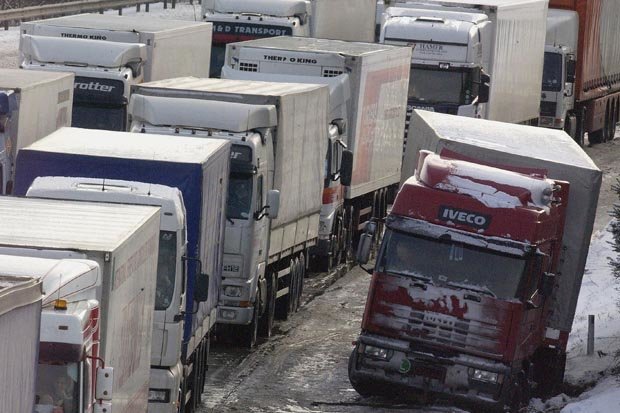 Ex-BBC and Met Office forecaster John Hammond of weathertrending added: “Is this the spring edition of the ‘Beast from the East?’

“Easterlies are set to sweep all before them, with raw winds originating in Arctic Russia for Easter holidays with snowfall possible.

“But a mid-month change sees warmer conditions through Easter, with April 22-May 5 seeing proper spring weather.”

Temperatures plummeted to as low as 3C this morning as April showers drenched the country.

It comes as bookies Coral slashed the odds of April being the coldest on record to 5-4 from 2-1. 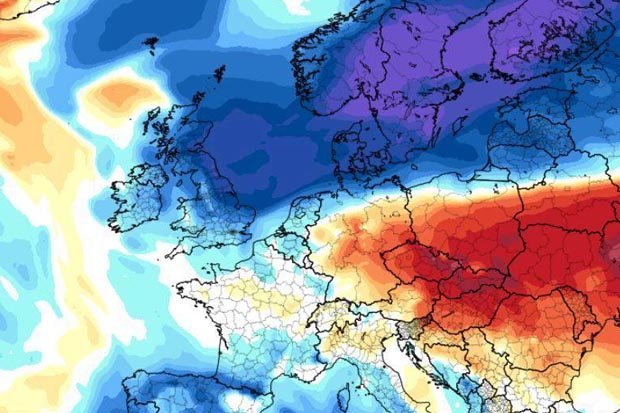 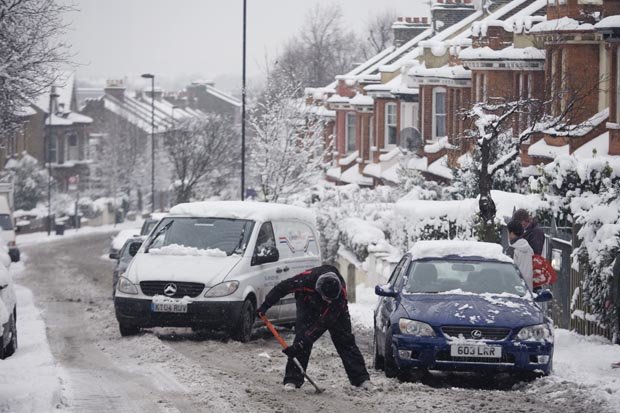 Coral spokesman John Hill said: “With temperatures dropping again next week, we are taking a flurry of bets on April being the coldest on record, while we are also seeing plenty of money for a record amount of rainfall this month.”

Forecasters expect downpours in the capital tomorrow, with a heavy band of rain is set to move across southern England on Tuesday, the Met Office forecasts.

The wet weather will also affect the Midlands, Wales and Northern Ireland.

However areas across northern England and north Wales are expected to see a break in the clouds.

Cambridgeshire and surrounding areas set to enjoy the best chance of sunshine, with the mercury predicted to soar to the late teens tomorrow afternoon.

But Scotland will face the coldest temperatures, set to plunge to freezing overnight tonight, with frost also on the way.