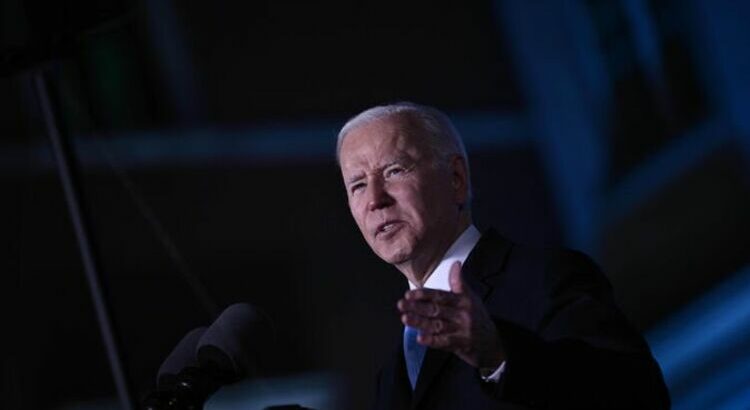 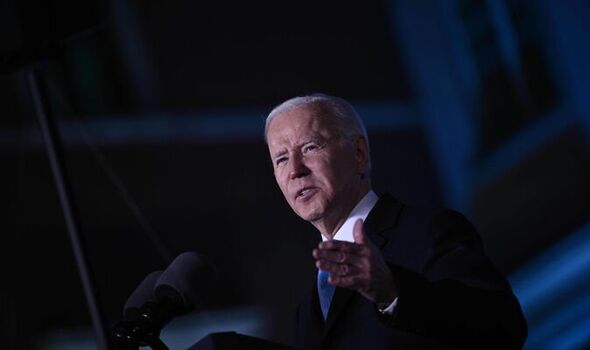 It stressed that Mr Biden was not calling for regime change when he said Putin “cannot remain” in charge. Officials insisted instead that he was saying the Russian leader “cannot be allowed to exercise power over his neighbours in the region”.

Britain also promptly distanced itself from Mr Biden’s words. While the Kremlin quickly hit back at the comment, saying it was not up to the US President to decide who ruled in Russia.

The statement was also blasted by his predecessor Donald Trump, who said Mr Biden, 79, was risking provoking Putin into a nuclear war.

Mr Trump added: “They’re handling him very badly. When you put him into a corner and you talk the way they’re talking – they’re almost giving him an incentive.”

The row began during Mr Biden’s speech in Poland’s capital Warsaw on Saturday, when he said of Putin “for God’s sake, this man cannot remain in power” after earlier labelling him a “butcher”.

US Secretary of State Antony Blinken, below, reiterated that Mr Biden was not calling for regime change. On a visit to Israel, he said yesterday: “President Putin cannot be empowered to wage war or engage in aggression against Ukraine or anyone else.

“We do not have a strategy of regime change in Russia, or anywhere else, for that matter.

The president of the US Council on Foreign Relations added: “The White House walk-back is unlikely to wash. Putin will see it as confirmation of what he’s believed all along. I suggest chief aides reach their counterparts and make clear the US is prepared to deal with this Russian government.”

In Britain, Education Secretary Nadhim Zahawi said it was “for the Russian people to decide how they are governed” and France distanced itself too from the US.