The White House is currently on lockdown with videos circulating on social media of the press “sheltered in place inside briefing room”. According to reports, police in Washington DC have said there is an “unauthorised aircraft” in the vicinity. All Capitol buildings are thought to be on lockdown. 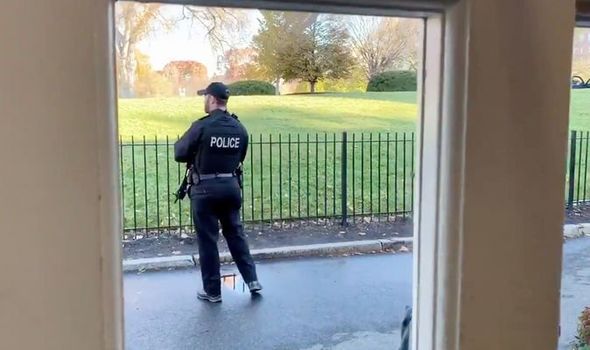 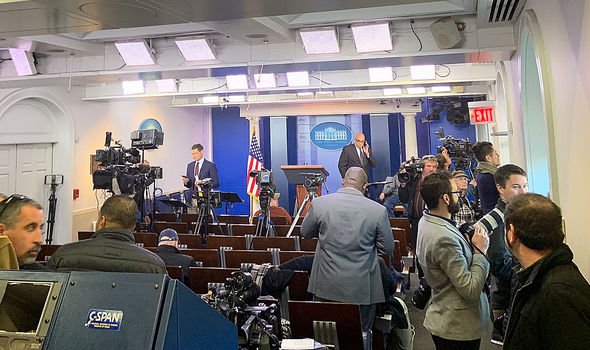 ABC’s London News Editor, Jon Haworth, wrote on Twitter: “#CapitolHill Police in #WashingtonDC say that there is an unauthorized aircraft in the vicinity.

“The #WhiteHouse is on lockdown along with all Capitol buildings. More to come…”

One journalist said that “agents have everything locked down” before claiming “one tells me the situation is ‘shelter-in-place.’” 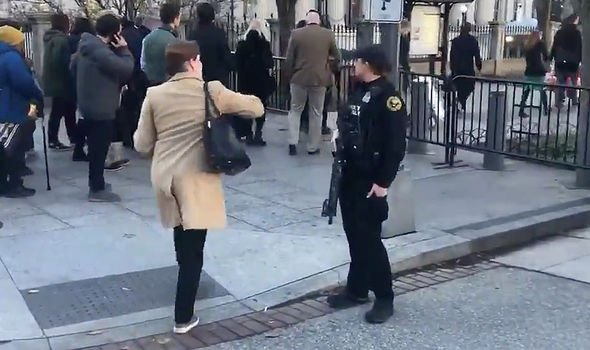 Reports later emerged that Capitol Hill had been evacuated amid the threat.

Fighter jets are believed to have been scrambled amid reports of an airspace violation in Washington DC.

The lockdown in the White House has now been lifted indicating no hostile threat at this time.

The evacuations at the Capitol were issued as a precaution and lasted around half-an-hour.

A statement from the Secret Service, read: “The White House was locked down this morning due to a potential violation of the restricted airspace in the National Capital Region.

“The lockdown has been lifted at this time.”