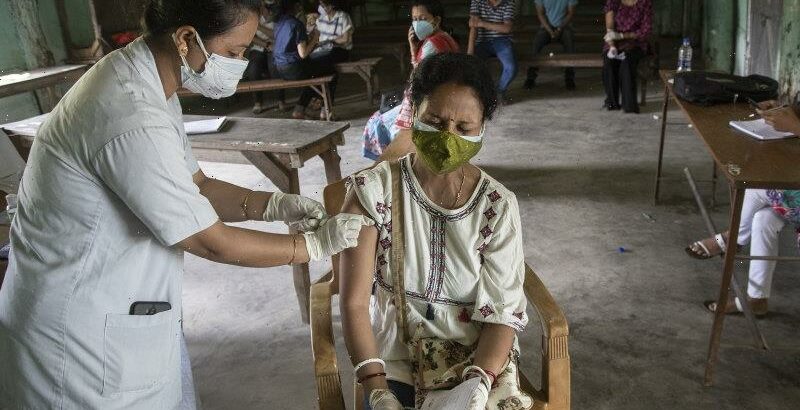 London: The World Health Organisation has approved another vaccine to help fight the COVID-19 pandemic in a move that could result in 5 billion doses added to the global supply by the end of next year.

Covaxin, produced by Indian biotechnology company Bharat Biotech and the Indian government’s Council of Medical Research, was found to be 78 per cent effective against severe COVID-19 in a late-stage trial. 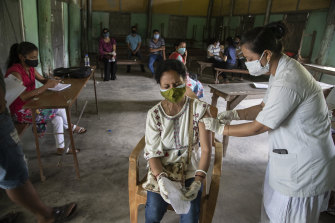 A woman is injected with a dose of the Covaxin COVID vaccine in Assam, India earlier this year.Credit:AP

Covaxin can be stored in a fridge, unlike mRNA vaccines which require ultra-cold storage, making it especially suitable for low and middle-income countries. A single dose costs just 295 rupees ($5.32) in India.

The vaccine is produced by using SARS-CoV-2 particles which have been chemically deactivated. This means they cannot infect a person but still induce a protective immune response.

The WHO said the vaccine was safe to use in adults in a two-dose regime separated by an interval of four weeks between jabs.

“This emergency use listing expands the availability of vaccines, the most effective medical tools we have to end the pandemic,” Dr Mariangela Simao, from WHO, said in a statement.

“But we must keep up the pressure to meet the needs of all populations, giving priority to the at-risk groups who are still waiting for their first dose, before we can start declaring victory.”

The main reported side effects from Covaxin include pain at the injection site, headache, fatigue and fever. No severe or life-threatening adverse events have been reported.

The WHO said there was not enough data available to determine if the vaccine was safe for pregnant women, but studies will be conducted.

The WHO’s approval means the vaccine can be included in the UN-backed COVAX facility, which has struggled to secure international support and enough supplies for the equitable distribution of vaccines.

While it is the eighth approval the WHO has granted for COVID-19 vaccines, Covaxin has already been approved for use in India and in more than a dozen other countries including Iran, Zimbabwe, Mexico, the Philippines, Guatemala and Botswana.

On Monday, Australia’s Therapeutic Goods Administration (TGA) said it would recognise Covaxin for travel purposes, meaning anyone in India who had been inoculated with the vaccine could travel to NSW and Victoria quarantine-free.

“This will have significant impacts for the return of international students, and travel of skilled and unskilled workers to Australia,” the TGA said in a statement.

The pair attended the weekend’s G20 summit in Rome and the UN climate summit in Glasgow earlier this week.

Modi, who was inoculated with Covaxin in March, told G20 leaders that India could produce 5 billion doses by the end of 2022, according to a briefing by India’s foreign minister to Indian press.

“The news of TGA recognition of Covaxin was warmly welcomed by the media and Indian citizens with friends and family living in Australia,” he told The Sydney Morning Herald and The Age.

“Like the announcement of the resumption of direct flights by both Air India and Qantas, the TGA’s decision was perceived as a welcome return to the new COVID ‘normal’.”

Last month, the United States said it would recognise all WHO-approved vaccines for the purposes of international travel.