His trial heard how the high flying executive was heavily in debt and philanderer who stood to gain from an insurance policy if his wife died. Here’s what you need to know about the gripping case.

Who is Justin Barber?

Barber was a business analyst living in Florida who was convicted of murdering his wife April.

Justin, then 34, and April Barber, 27, had been married for three years, and both had high-paying jobs.

He was raised a Pentecostal Christian in Oklahoma and grew up on a farm.

Reports at the time described him as an A grade student at high school who gave the speech at his graduation ceremony.

Barber went on to Oklahoma University, tried his hand as a financial analyst and then went back to university to pursue a business degree, NBC news reported.

In August 1999, 10 months after meeting, April and Justin married in a small ceremony in the Bahamas.

Did he kill his wife?

Barber was accused of killing April during a stroll on a beach in Guana River State Park, north Florida, on August 17, 2002.

A passer-by found him slumped, dazed and bleeding behind the wheel of his SUV on a coastal highway near the shore.

Barber said him and his wife had been attacked by an unknown assailant and after the passer-by called 911, paramedics found April on the beach but were unable to revive her.

He told police the attack could have been a robbery and he was treated for a day in hospital for four gunshot wounds and then released.

Barber took detectives back to the scene of the crime and told them how he struggled with an assailant.

But he passed out and when he woke up, tried to drag April up the beach then realised he had himself been shot, he said.

The vague details he gave about the assailant and the lack of any clues in the scrub by the beach made them suspicious. 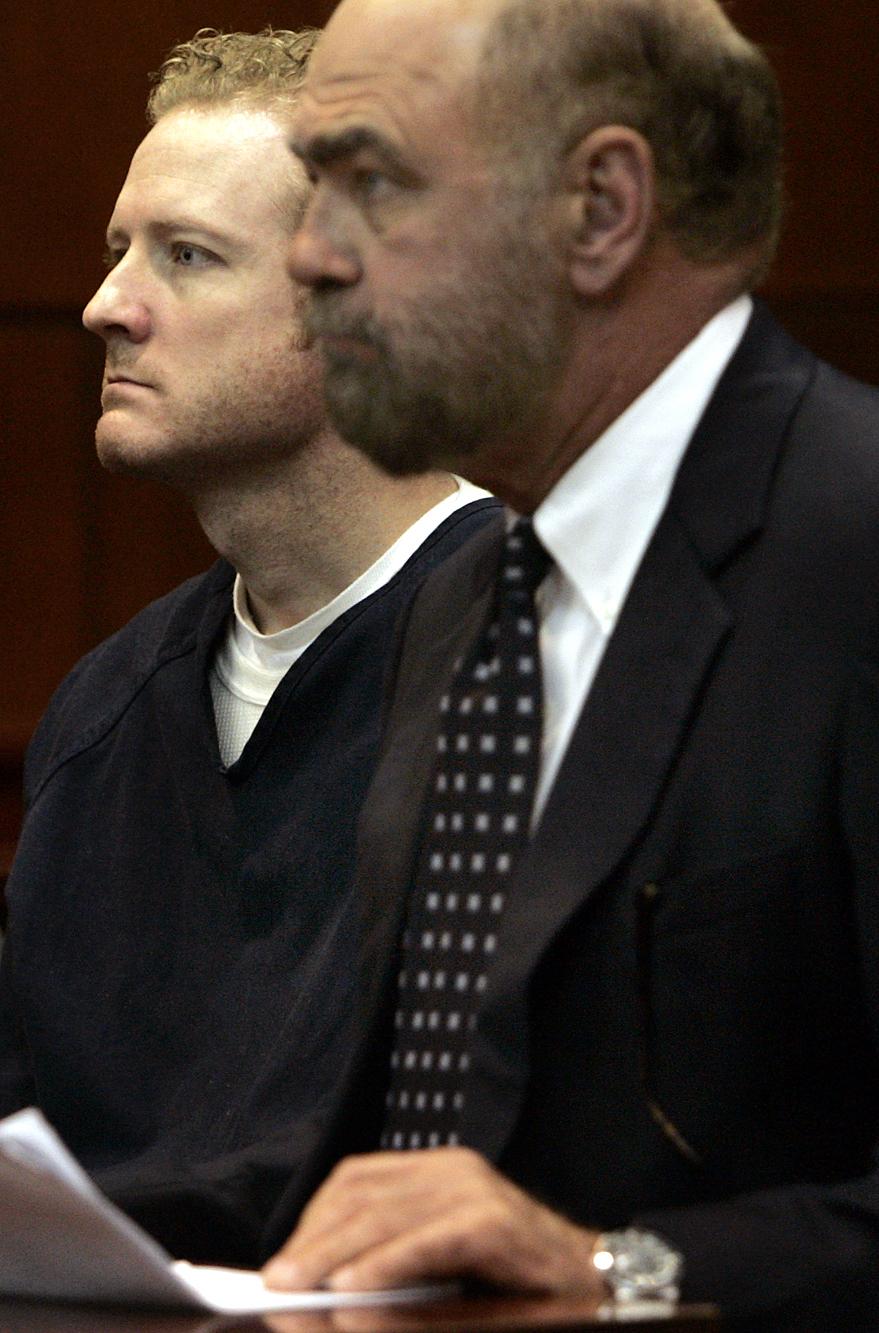 After digging into the couple’s life, they found Barber had moved away from home for work and she feared he was having an affair.

He cooperated with the police inquiry but eventually forensic evidence linked him to the murder.

A tenacious specialist also uncovered searches on Barber’s computer showing he had researched how to survive gunshots.

On the day of the killing, he downloaded a Guns N' Roses song with the lyrics: "I used to love her, but I had to kill her."

He was then charged with first degree murder and prosecutors said they would be seeking the death penalty.

What's the truth behind the murder case?

The case came to court in 2006 in St John’s County, Florida and the key to the prosecution’s case was that Barber murdered April for an insurance payout.

He was heavily in debt having lost $58,000 trading on the stock market and stood to gain $2 million proceeds from an insurance policy.

During the complex trial, prosecutors relied on forensic evidence for their case.

They maintained that after 11 months of plotting, Barber first tried to drown his wife and then dragged to the boardwalk by the beach and shot her in the face.

They also presented evidence of five affairs in the three years he was married to April.

Defence lawyers said evidence that a car had been seen on the beach where April was killed was buried by police keen to pin the murder on Barber.

They said his $105,000 a year salary was enough to repay his debts and the internet searches were merely innocent queries.

Barber was himself lucky not to have died after being shot four times, they said, and that the bullet holes in his shirt were consistent with someone else firing them.

At the end of the trial, the jury were initially split but after four days of deliberations found him guilty.

During the sentencing phase of the case, the jury deliberated for 51 minutes and was split 8 to 4 in favour of the death penalty.

He was eventually he sentenced to life in prison without the possibility of parole.

Barber was back in court in 2013 to seek a retrial on the basis that he hadn’t been properly represented at the original hearing, but the appeal was dismissed.