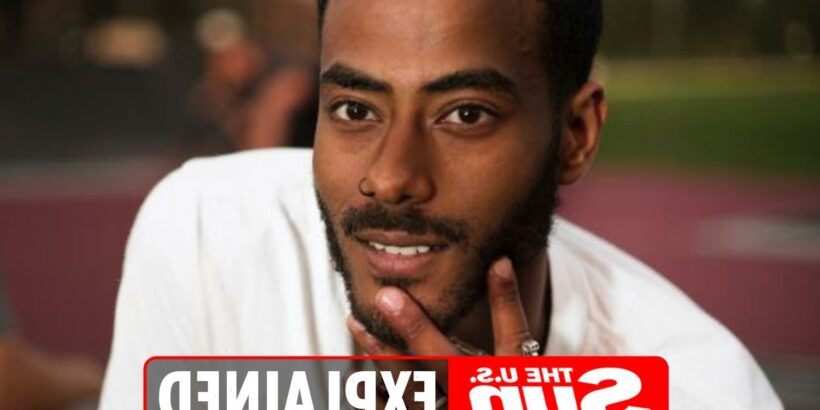 TERRY Kennedy has been arrested for allegedly attacking 23 year-old Josiah Kassahun at an Oakbrook Terrace motel in Illinois.

Here's what we know about Josiah Kassahun.

Kennedy, 36, was taken into custody on Tuesdayin Oakbrook Terrace, Illinois after police responded to a report of a battery at a motel and allegedly he threatened to murder cops multiple times afterward.

Josiah suffered a fractured skull and concussion in the attack, and died in the hospital on Sunday, TMZ has reported.

Terry Kennedy, a skateboarder, has previously appeared on MTV’s Rob Dyrdek’s Fantasy Factory and currently has a bail of $100,000.

The Cook County Medical Examiner’s Office told TMZ on Sunday that Josiah had died following the attack in an Illinois motel.

Josiah Kassahun, who was allegedly attacked by Terry Kennedy, suffered a fractured skull and a concussion in the attack.

Why did Terry Kennedy assault him?

Although Mr Kenendy, 36, was initially booked for assault, prosecutors would now pursue either a manslaughter or murder charge from the skateboarder. It was not clear which charge they would pursue.

While he was initially booked for assault, it's possible that a manslaughter or murder charge may be added.

It's unclear what led to the attack, but social media posts show that Kennedy and Kassahun appear to have been friends at one point.

They were pictured in photos together and followed each other on Instagram.

A friend, who did not want to be named told The Sun that Kassahun and Kennedy met skating around the neighborhood and became friendly.

"They started hanging out and skating soon after that," the person said.

What tributes have been paid to Joshiah Kassahun?

A close friend of Kassahun's told The Sun that the victim was a real "genuine" person and an incredible talent.

"He was a very genuine guy. His smile quite literally made everyone around him smile," he said.

"He was the kind of guy that you could have a really bad day and he’d find a way to turn it around. He always cared about what was going on in everyone's life and honestly was one of my biggest supporters.

"[He] always complimented me on my videos in person. As a skater, he was seriously incredible and pulled off tricks that literally no one else could, and would literally wow everyone."

Another friend paid tribute to Kassahun in an Instagram post, saying that skater was known for bringing people together "in such a positive way."

"You made sure no one was ever in a corner alone and we're gonna do the same now," he wrote.

Another friend, photographer Hunter Brown, wrote that friends were desperately trying to figure out what happened to Kassahun after last week's attack.

"Anything I’ve done with my photography has been directly inspired by the first time I shot photos of him."

Kennedy appeared in court on Wednesday and his bail was set at $100,000.

A GoFundMe page which was set up in Josiah’s memory reads in part:

“Josiah was and will always be remembered as the perfect friend to everyone who had the good fortune of meeting him.

"He was loved and had much love to give and he will be dearly missed by an infinite number of people.”

The money will be used to “memorialise Josiah in some way,” and at the time of writing, the campaign has raised over $17,000 in less than 24 hours.