FIREWORKS have been rocking New York CIty streets just about every night, which is unsettling for residents already dealing with COVID-19 and unrest related to George Floyd's death.

Here is more on the fireworks lighting up the Big Apple.

Where are the fireworks happening?

New Yorkers honked their horns near Gracie Mansion on Monday night to send a message to Mayor Bill de Blasio about the fireworks displays.

“We need to send a message that we need to end these chaotic fireworks that [have] been happening across the city,” City Councilman Chaim Deutsch said in a video message on Twitter.

The city’s 311 system clocked 849 fireworks complaints during the first two weeks of June, compared to just 21 during the same period last year, according to The New York Post. 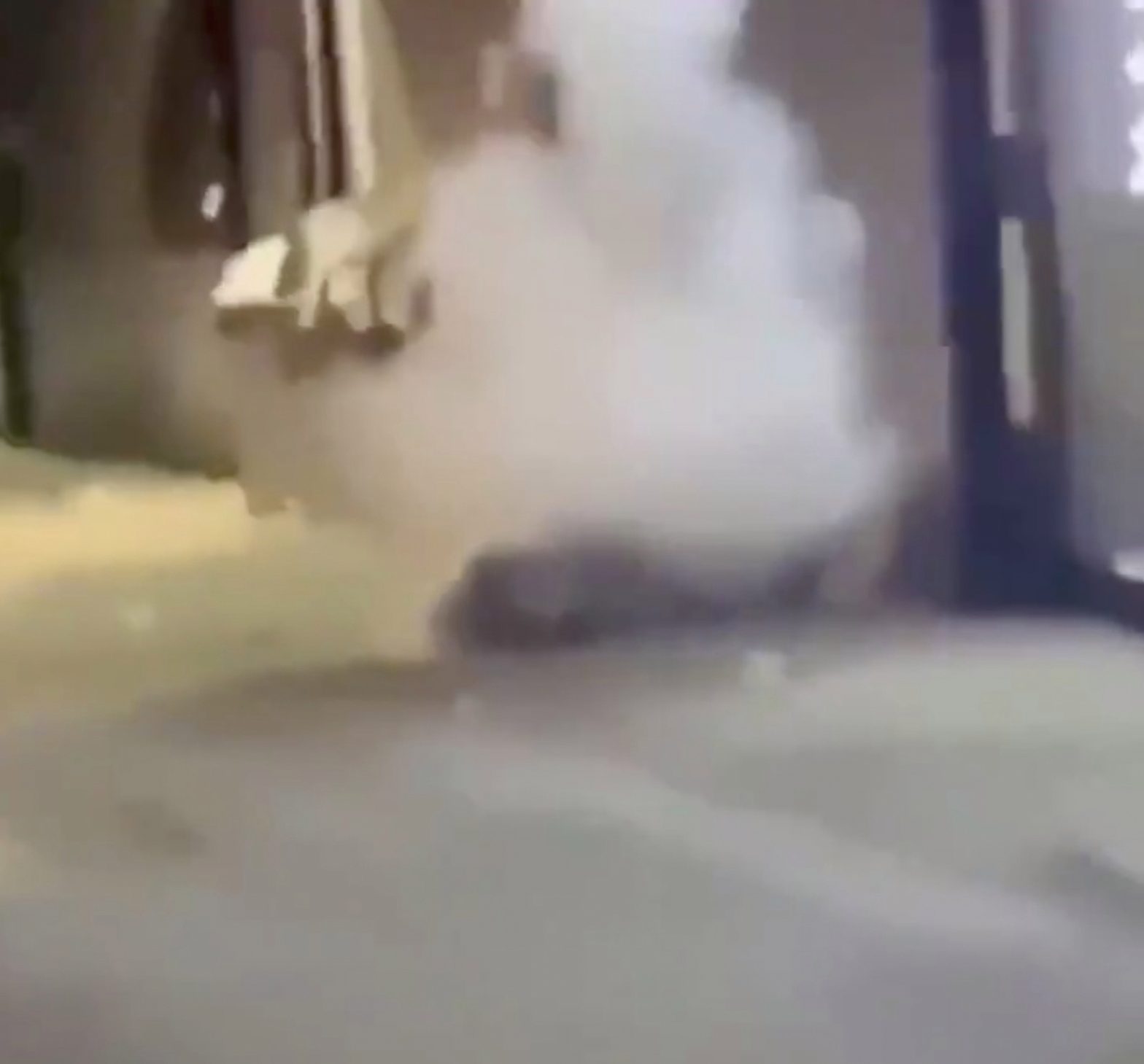 Who was the homeless man who was attacked with fireworks?

NYPD cops are looking for the person who threw a firework at a sleeping homeless man in Manhattan.

"A homeless male was sleeping on the sidewalk in front of 67 Lenox Avenue, in the confines of the 28 pct, when he was attacked," tweeted Chief of Detectives Rodney Harrison.

"The male pictured above threw a lit firework on him, which exploded causing burns to the victims back."

He continued: "Anyone with information pertaining to the suspect’s identity is asked to call NYPD’s Crime Stoppers Hotline at 1-800-577-TIPS (8477) or DM
@NYPDTips."

What did NYC Mayor Bill de Blasio say about the fireworks?

The task force will consist of 10 officers from the NYPD Intelligence Bureau, 12 FDNY Fire Marshals and 20 members of the Sheriff’s Bureau of Criminal Investigation.

“Illegal fireworks are both dangerous and a public nuisance” said the mayor.

“We’re cracking down on this activity at the source to ensure the safety of all New Yorkers and the ability of our neighbors to get some sleep.”

Added Fire Commissioner Daniel Nigro: “Fireworks are illegal in New York City for a reason: they are extremely dangerous and can cause fires and serious injuries.

"Our Fire Marshals will work closely with their fellow law enforcement agencies to address this growing problem that is impacting New Yorkers in communities across our city.”

Has anyone been injured from the fireworks?

There have been some reports of injuries in recent weeks.

Two people injured themselves in separate incidents on June 17 while trying to handle fireworks, according to The New York Post.