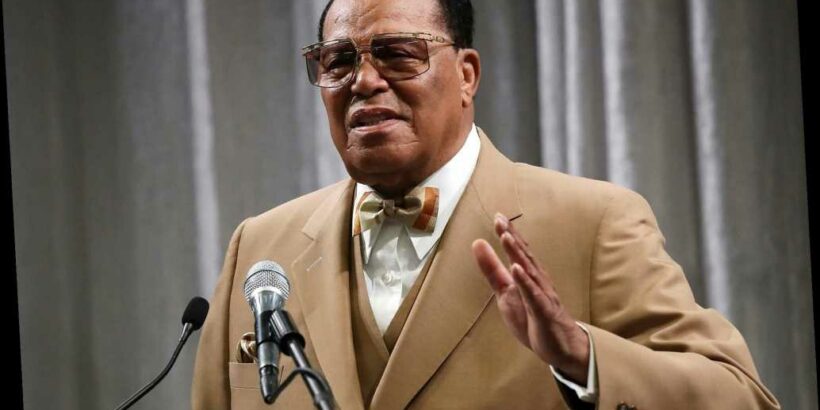 Busta Rhymes gets back in the rap ring after weight loss

When mental illness leads unstable individuals to commit crimes, it’s best to avoid drawing quick political conclusions about their motives. Yet that didn’t stop the media from speculating feverishly about “white supremacy” when a man went on a shooting rampage in Atlanta last month that left eight people dead, including six Asian women.

Numerous commentators and at least two Democratic senators, Tammy Duckworth and Raphael Warnock, immediately jumped to the conclusion that he was motivated by race hatred. With race being almost the sole obsession of our political class, the search for a motive often begins and ends with that catch-all explanation — that is, so long as the racial dynamics fit the intersectional narratives of the cultural left.

In fact, mental illness is often key to understanding mass shootings, but far too often the discussion veers off into attempts to blame them exclusively on ideology, especially far-right ideology. The result is an impoverished national conversation — and an inability to understand how extremist ideology can catastrophically unhinge men and women who are already half-unhinged.

That seems to have been what occurred last week when another disturbed individual attacked the US Capitol. Twenty-five-year-old Noah Green drove his car into two officers of the Capitol Police, killing one and injuring another, before getting out and brandishing a knife; cops then fatally shot him.

The more we learn about Green, a once-promising former college football player and aspiring financial adviser, the more it seems that his actions flowed from a volatile admixture of severe mental illness and toxic indoctrination.

Green reportedly believed that the CIA was controlling his mind. He blamed his former football teammates for drugging him. He suffered hallucinations and illnesses related to drug use. His social-media posts spoke of mysterious home invasions and unauthorized hospital operations. His writings bespeak a tortured mind desperately in need of help.

But it’s also impossible to ignore the fact that in recent years, Green had fallen under the spell of Louis Farrakhan. Indeed, just hours before he drove his car into those Capitol cops, he was posting links to the Nation of Islam leader’s maniacal speeches and writings (“The US government is the No. 1 enemy of black people!”).

Though Green’s problems didn’t begin with a belief that Farrakhan was “Jesus, the Messiah,” the Nation of Islam’s paranoiac, anti-white and anti-Semitic ideology may have tipped him into taking violent action.

A lack of corroborating evidence didn’t stop the elite blue-check class from attributing the Atlanta killings to white supremacy. Yet those same talking heads appear to be completely uninterested in whether Farrakhan’s bigotry may have been a factor in Green’s motivations.

True, the presence of Farrakhan’s hateful ideology in his life shouldn’t lead us to brush aside Green’s illness. But we also shouldn’t quickly consign to the memory-hole the killer’s interest in the Nation of Islam.

Our media betters wouldn’t hesitate to focus exclusively on white racist groups if Green had been one of their adherents. But the Nation of Islam receives different treatment.

The New York Times, for example, almost instantly cast doubt on any links between Farrakhan’s hate and violence. The paper quoted an “expert” who dismissed the connection, noting that the Nation of Islam has a lower “body count” than white racists.

The problem here isn’t just that society still doesn’t prioritize helping the mentally ill. Our mainstream media and pop culture continue to give a pass to Farrakhan, a man with a following of hundreds of thousands. With statistics showing that most hate crimes against Jews and Asians are committed by African Americans, it’s time to start treating his widespread influence as a serious problem.

Yet the Grammy telecast recently featured the Farrakhan supporter and Black Lives Matter advocate Tamika Mallory, and mainstream political figures like former President Bill Clinton have no problem sharing a stage with the Farrakhan.

As the probe proceeds, it may well turn out that Farrakhan’s hate triggered Green’s final descent into violent madness. The old bigot doesn’t deserve the free pass he still receives from a media establishment that believes racism is worth discussing only when it comes from one direction.

Jonathan S. Tobin is editor in chief of JNS.org.