Here's all the info on the member for Chatham and Aylesford who spent years calling for laws on addictive fixed odds betting terminals. 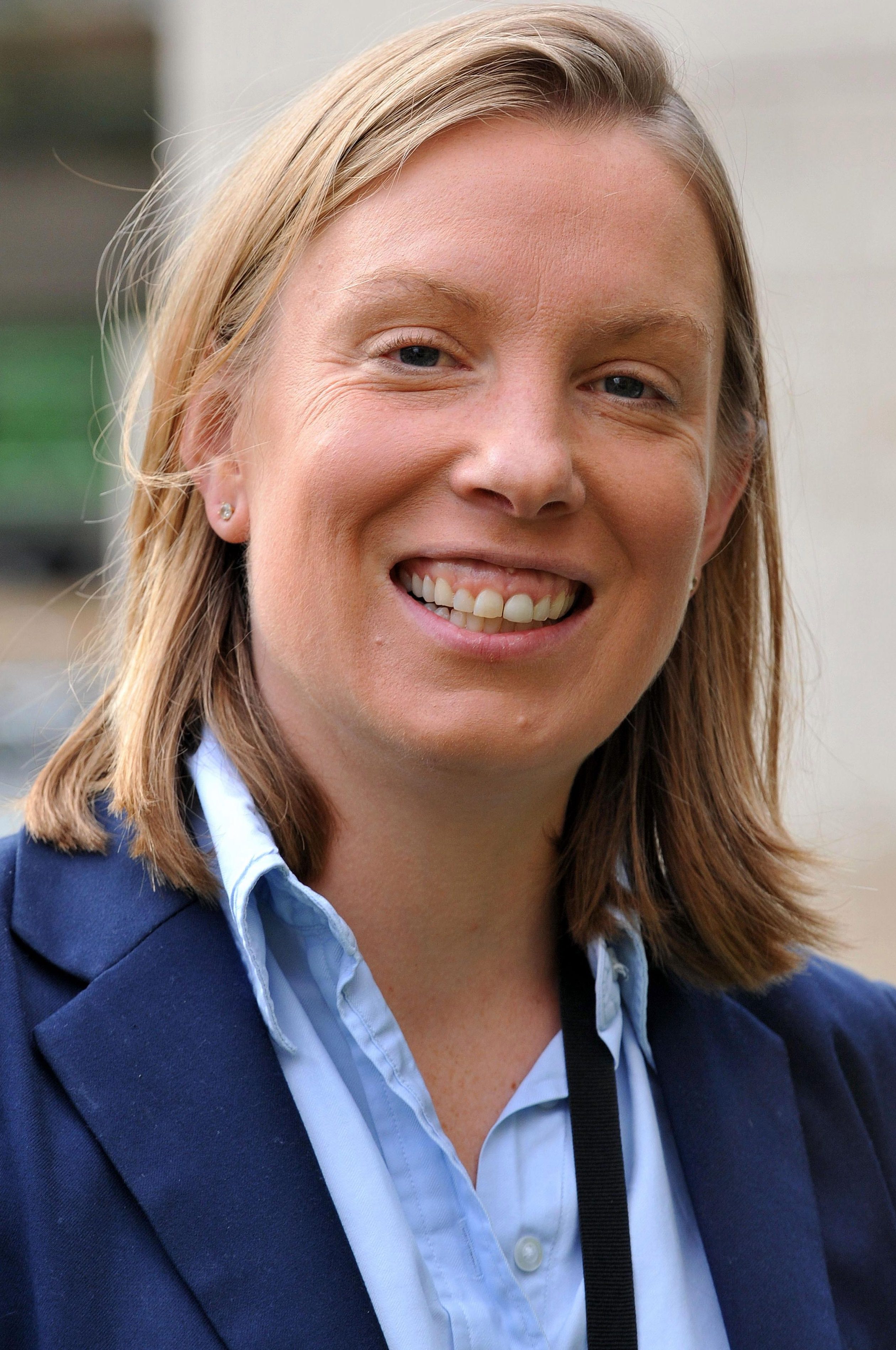 Why did Tracey Crouch resign as Sports Minister?

On 1 November 2018 Tracey Crouch quit as Sports Minister over delays to shake-up the law over fixed odds betting terminals (FOBTs).

She said she had "great sadness" at having to resign from her job because of "registered interests" delaying government plans to cut the maximum bet on FOBTs from £100 to £2.

This is presumed to refer to claims that Tory MP Philip Davies has strong links to the gambling industry, and forced the government to delay the crackdown.

Davies denied the allegation, saying: "I'm flattered anyone thinks I could be so influential." 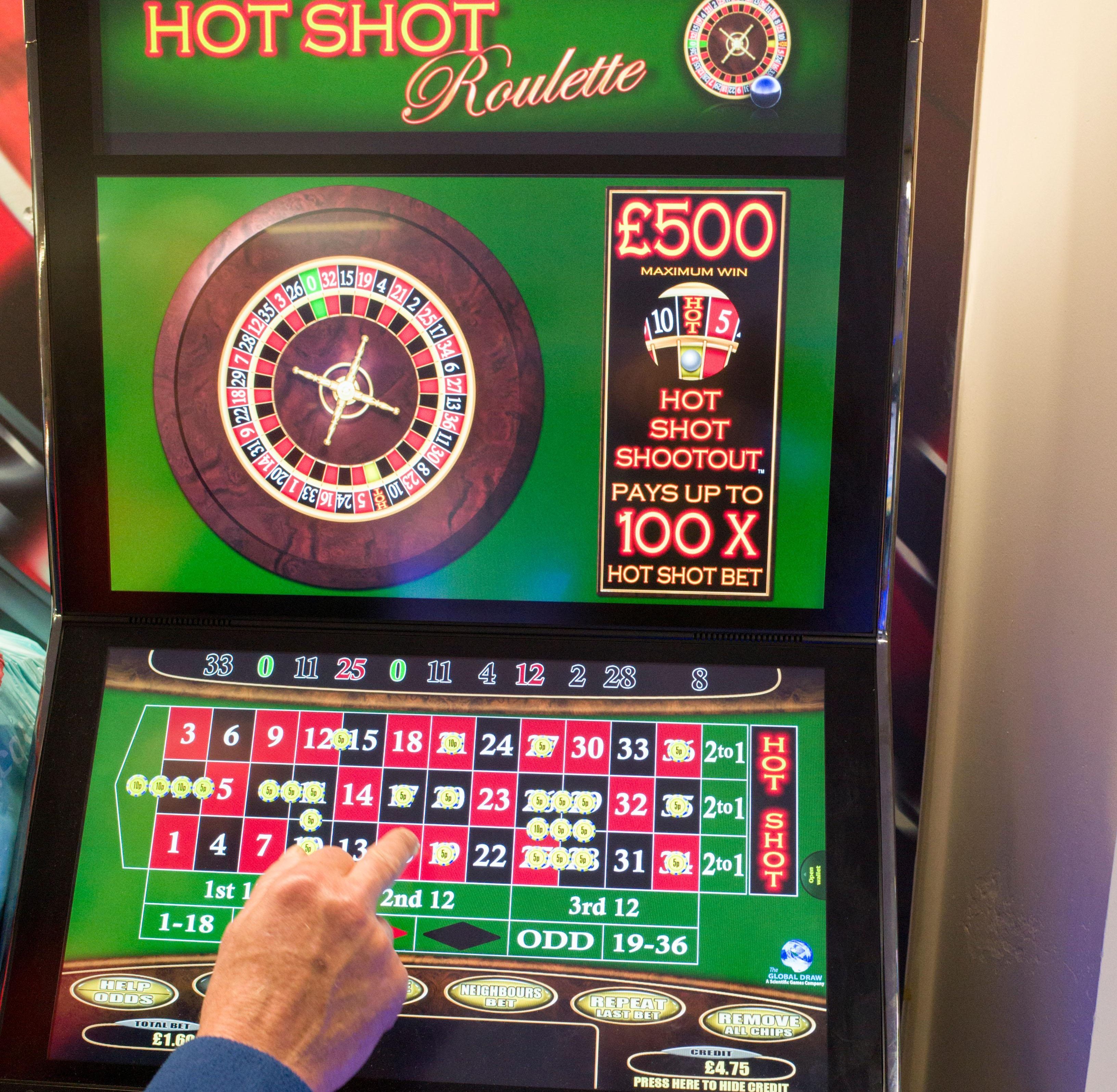 The government's justification for the delay was to protect jobs and government revenue – which equalled about £225million in the extended time frame – they get from taxing the bets.

He added that it was the first step towards a humiliating Commons defeat on the issue when it returns for a vote this month.

He and other Tory rebels planned to amend the bill to force the government to explain its stance – even though they cannot change the time frame.

Meanwhile, Prime Minister Theresa May said there had been no delay in bringing forward the lower betting limit.

She said: "As you know from your work as the minister responsible, we listened to those who wanted it to come into effect sooner than April 2020 and have agreed that the changes should be in place within the year." 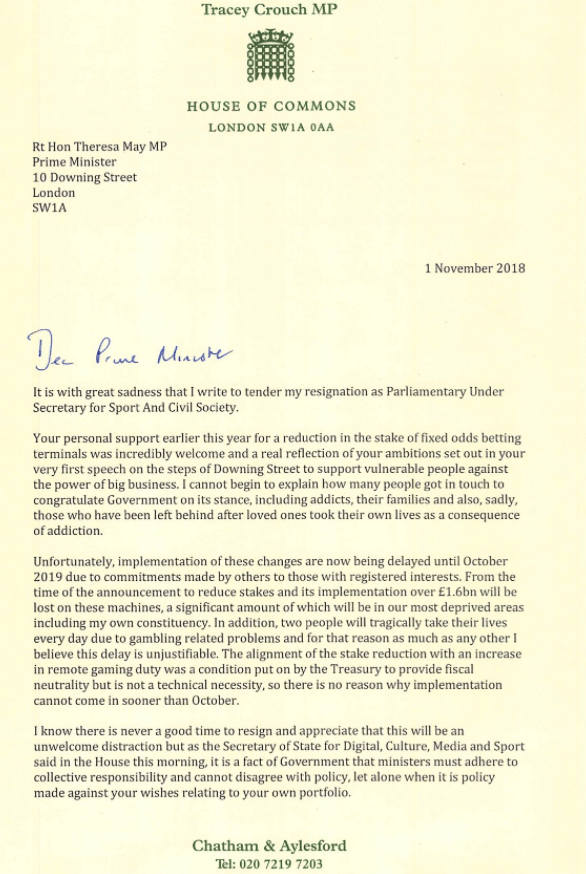 What did Tracey Crouch say about fixed odds betting?

In her resignation letter she lashed out at the delays to the new policy, saying two people die every day due to addictive gambling and she simply couldn't support any further delays.

The extra time would mean the users of the machines would lose an extra £1.6billion, according to Crouch's resignation letter.

Crouch said to the PM: "This delay is unjustifiable… there is no reason why implementation cannot come in sooner than October."

She went on: "It is a fact of Government that ministers cannot disagree with policy, let alone when it is policy made against your wishes relating to your own portfolio."

Where is she an MP?

Tracey Crouch is MP for Chatham and Aylesbury in Kent.