The President tweeted his thanks to Sessions, and announced an interim replacement. 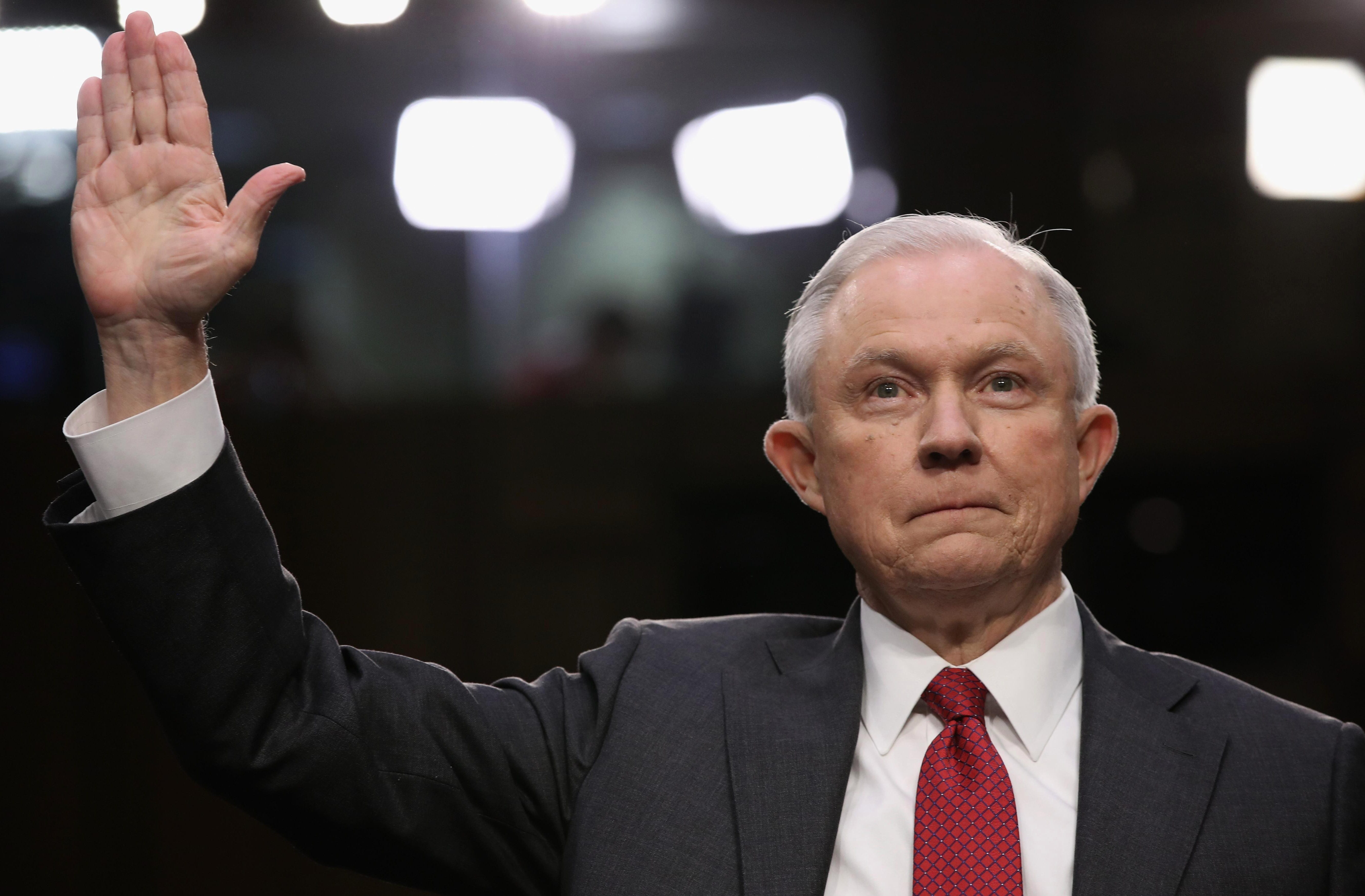 Why did Jeff Sessions resign?

Sessions submitted a resignation letter to Trump, which said that the it came at "your request."

During his two-year tenure, Sessions and Trump's relations had become strained in recent months.

In the resignation letter, Sessions said he was "honored to be sworn in as Attorney General", and worked to "implement the law enforcement agenda" that formed a central part of Trump's campaign.

Just weeks into the attorney general's tumultuous tenure, he stepped aside from the investigation into the alleged meddling between the president's campaign and Russia.

Trump blamed Sessions' decision for opening the door to the appointment of special counsel Robert Mueller.

Mueller took over the Russia investigation and began examining whether Trump's hectoring of Sessions was part of a broader effort to obstruct justice and stymie the probe.

Sessions was forced to correct his Senate testimony to indicate that he had met with the Russian ambassador at least twice in 2016.

Democrats on Capitol Hill accused him of making false statements. 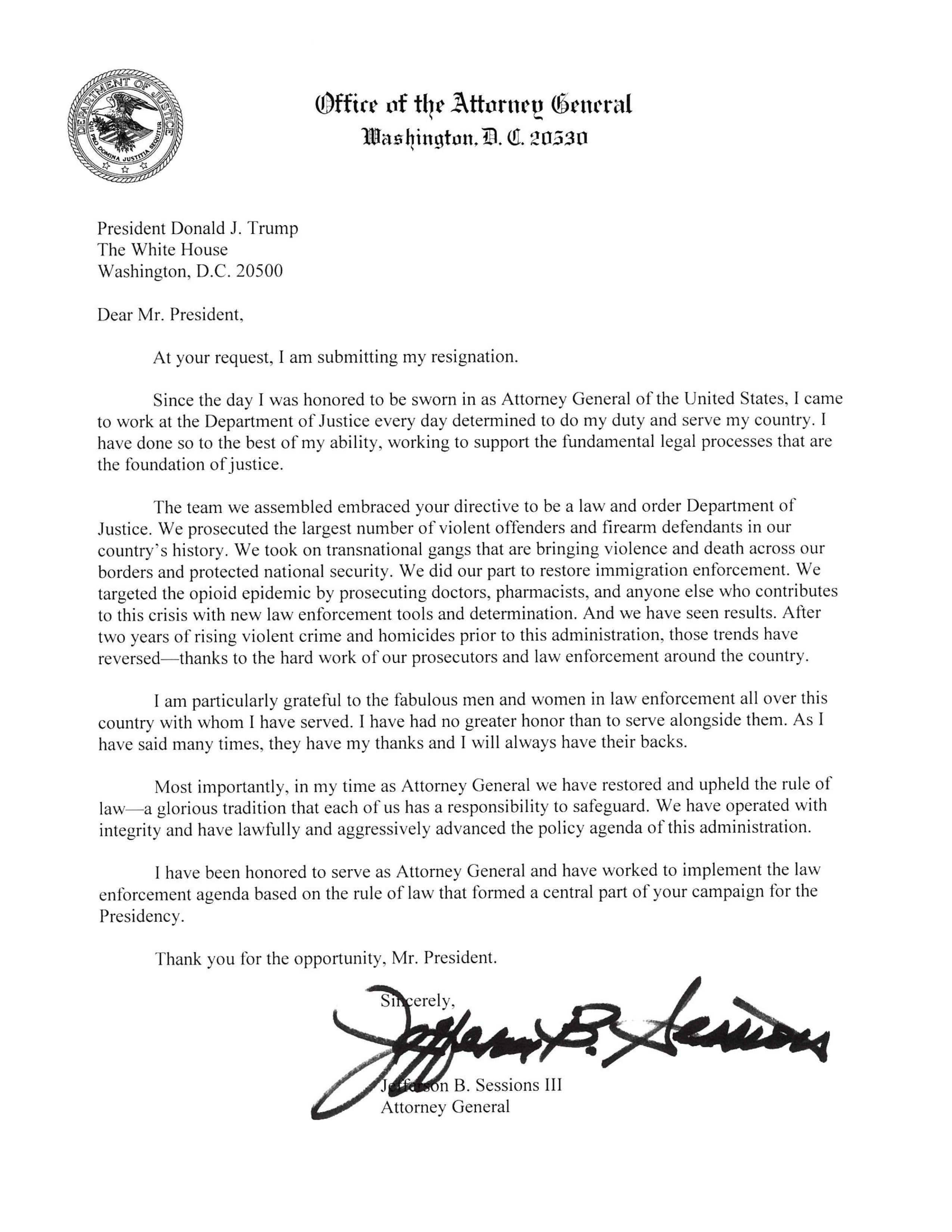 Who will replace him?

President Trump took to twitter to announce that Chief of Staff Matthew G. Whitaker will replace Sessions as an interim.

Trump's tweet said: "We are pleased to announce that Matthew G. Whitaker, Chief of Staff to Attorney General Jeff Sessions at the Department of Justice, will become our new Acting Attorney General of the United States. He will serve our Country well…."

Trump also thanked Sessions for his service in a later tweet, and said that a permanent replacement will be announced at a later date.

Sessions' role as Attorney general has been under scrutiny for the last few months, and his resignation is pushing for Trump to follow the Justice Department's order of succession. 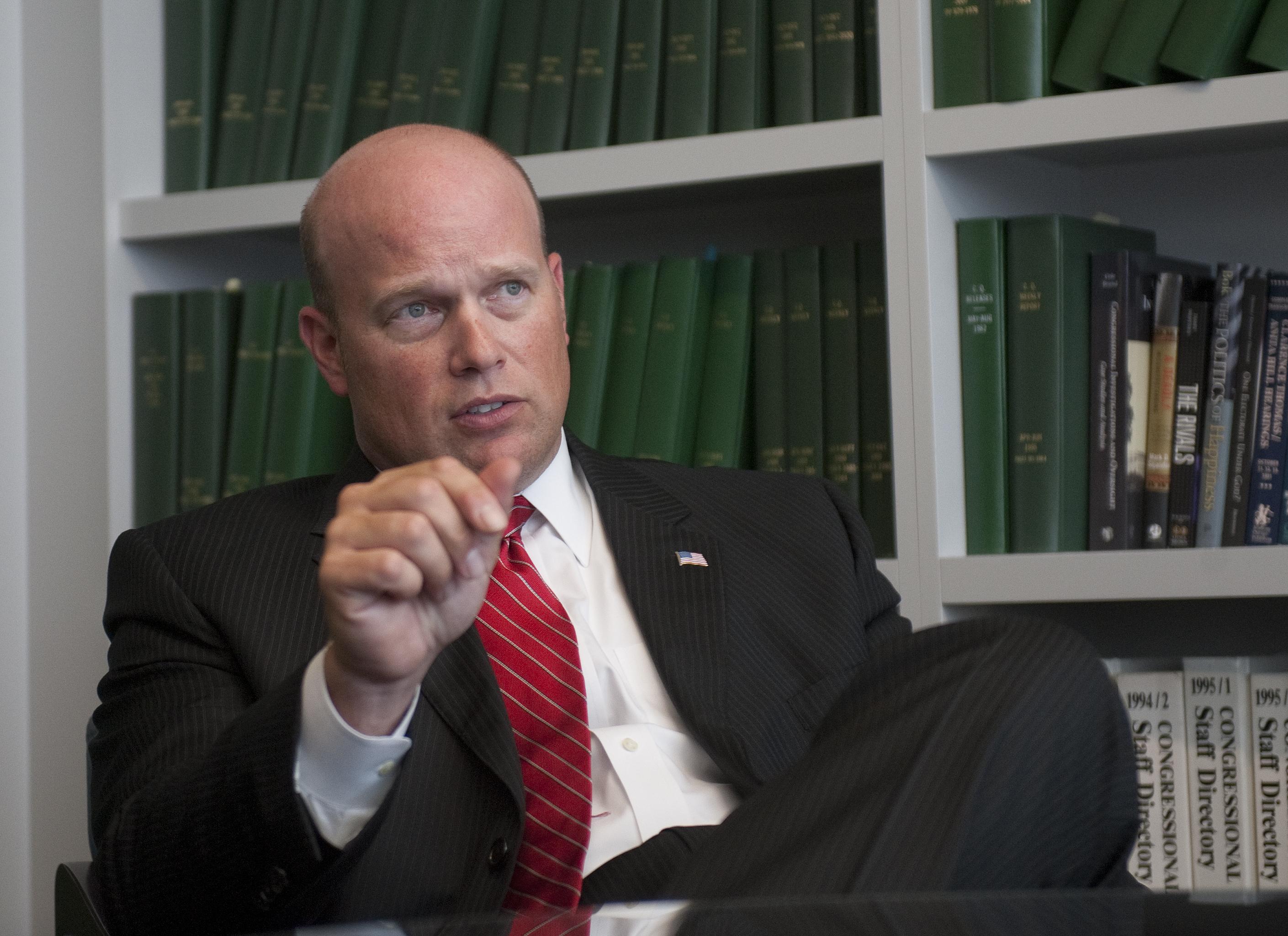 The investigation was being managed by Rosenstein because Sessions had recused himself.