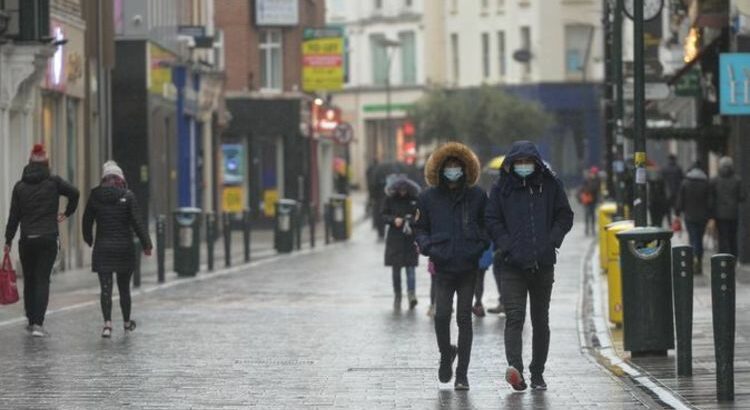 The UK isn’t exactly famous for its tropical climate and exotic beaches. In fact, quite the opposite. But this year has felt as bad as any. A tiny week-long glimpse of sunshine and hotting temperatures was seen in May, leading many to question whether this could be the start of a memorable post-pandemic summer, only to quickly come to a dismal end as flood warnings, extreme weather alerts and storms came washing in. Now that July is here and the prospect of a quick climate turnaround has faded as the first week comes to a close, many have been left wondering why Brits have been left to suffer this fate.

People have taken to social media to share their thoughts, with one writing: “The way this UK weather is moving in July, summer must continue until December. Mate we can’t even go out without a jacket.”

Another simply wrote: “This summer is a washout so far. #UK #Weather #Summer.”

One user interestingly observed: “In some places in the UK, the summer solstice in June was colder than the winter solstice. Tells you everything about UK weather.”

Looking back at the tough 16 months the country has had, one tweeted: “Seriously UK, you can do better summer weather than this! I think we all deserve it.”

Voicing the weather woes of all Brits, another commented: “Summer lasts five days longer than winter?? Tell that to the UK weather we’re lucky if summer lasts FIVE DAYS here.”

Alongside a meme of an angry man, one person tweeted: “Typical UK weather, summer finally rolls around and all we get is rain.”

Lamenting the prospect of staycations, one added: “Look, if God wants us to stay in the UK this summer why has he made the weather so unbelievably s***?”

But while many are questioning what makes this year’s weather so awful compared to summers past, there’s actually nothing abnormal at all about it.

The Met Office told Express.co.uk that June actually surpassed national averages for temperatures across the UK as a whole.

A spokesperson said: “For June, the temperatures across the UK were actually above average (1.2C above average for the UK as a whole) as well as sunshine hours.”

Northern Ireland is the only home nation to have seen below-average sunshine hours for the month.

The Met Office added: “Although only six days in, July temperatures are also either around or just above average.”

Despite the unsettled conditions in recent weeks, the UK has reported its joint second-highest average minimum temperature in June since records began in 1884, at 10.7C.

“Each country in the UK is above the average for their temperature figures for this month.”

The conditions are a contrast to the spring season this year, the Met Office says “cooler than average temperatures” were reported throughout the month of May.

Dr Mark McCarthy, Scientific Manager of the National Climate Information Centre, said: “June has been warmer and sunnier than average for most of the country, with minimum temperatures being notably high as nights have remained fairly warm.

“High pressure was the dominant feature throughout the first part of the month, with temperatures regularly in the upper 20s and particularly warm in the southeast.

“However, there was a shift in the weather in the middle of the month for southern England which was regularly subject to outbreaks of heavy, and often thundery, rain.

“Northern England and Scotland, however, largely held on to warm, sunny weather, albeit with showery rain threatening sometimes, resulting in a sharp contrast in the rainfall statistics across the country.”