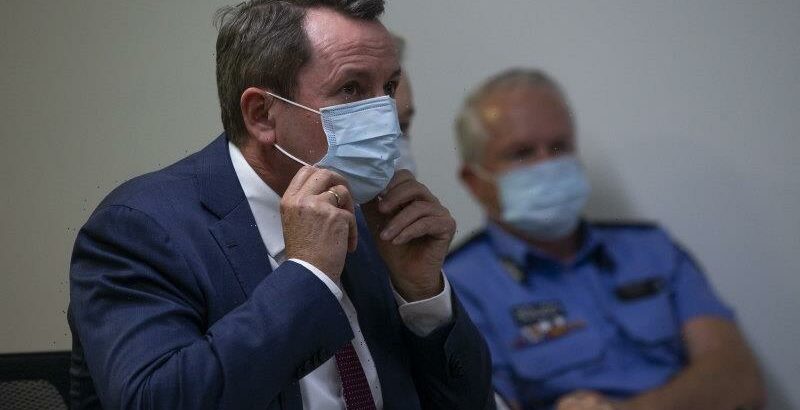 Two months on from its first major COVID-19 peak Western Australia is headed for another, but this time around the state’s apathy is obscuring the real story.

With 6880 new cases recorded on Wednesday and 34,375 active cases, the state is at the base of a new peak that Chief Health Officer Andy Robertson believes will hit more than 15,000 daily cases within six weeks. 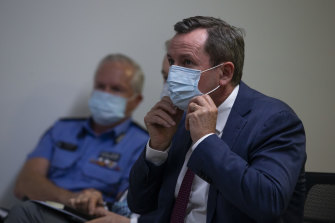 WA Premier Mark McGowan is so far resisting any urge to implement mask mandates in the face of rising COVID-19 cases.Credit:Matt Jelonek/Getty

The wave is being fuelled by the antibody-dodging BA.4 and BA.5 Omicron variants, but has also sparked much higher rates of hospitalisation to active cases compared with the May peak.

The figures seem alarming but experts believe they are probably a product of COVID-19 burnout rather than something more sinister.

University of Melbourne epidemiologist Tony Blakely said a likely theory, but one that would be hard to prove, was that fewer mild cases were being reported.

“People are over it, they’re not notifying them of mild cases,” he said.

On Wednesday WA Health said there were 322 people in hospital with COVID-19 and 10 in ICU with less than half the active cases than the May peak at 34,375.

At the last peak of hospitalisations on May 18 there were 18,300 PCR tests conducted, of which 28 per cent came back positive while 11,079 cases were reported from rapid antigen tests.

On Wednesday, there were 8300 PCR tests conducted and 30 per cent came back positive. Just 4332 positive cases were reported using RATs.

The theory was backed up by Deakin University chair in epidemiology Catherine Bennett, who said WA’s enthusiasm for reporting the virus was waning.

“Your case numbers looked really high early on compared to hospitalisation,” she said.

“Because it was new and everyone was on it when it first landed you did have more reporting than the rest of the country…now you’re coming back into line with the rest of the states.”

With cases rising and hospitals straining there are calls from groups such as the Australian Medical Association of WA to bring back broader mask mandates.

However, Premier Mark McGowan has so far resisted.

He said he had not received any advice to do so and did not rule out diverging from health advice if mandates were requested, which hinted at a departure from the position held over the pandemic where the government claimed all decisions were based on health advice.

The Victorian government this week decided not to follow advice from its Chief Health Officer Ben Cowie to reinstate broader mask mandates.

McGowan said he met with Robertson on Monday, and the CHO did not raise the prospect of broadened mask mandates beyond public transport and high-risk settings.

“We went through all these issues, there’s no need for mandatory mask-wearing outside where it’s currently required at this point in time,” he said.

The Premier encouraged people to wear masks if they wanted to.

“There’s nothing wrong with that, there’s no shame in that, so making sure that you take precautions to protect yours and your family’s health is entirely appropriate,” he said.

Bennett said attitudes had changed toward the virus and mandated rules so public health strategy would now need to provide as much information to the public, so they can make their own judgement on the risks.

“It’s like the pollen count where they put it out there, so everyone at risk can understand their risk and behave accordingly,” she said.