For two decades, Robin Roberts has been a reliable face on morning television sets every morning.

Becoming a full-time anchor at Good Morning America in 2002, the Mississippi native now possesses one of the most recognizable faces in our country — a fact she understands when she, say, walks through an airport.

“People don’t just recognize me,” she tells PEOPLE exclusively, as the subject of this week’s Pride Issue cover story, “they hug me.”

Over the years, as she opened up publicly with two battles with cancer and coming out as gay, Roberts has become only slightly more comfortable with the fame which accompanies being a network news anchor.

“I always wanted to be able to help others share their story,” she says. “But I never wanted to become the story. I never thought at all about the ‘celebrity’ aspect of it. Even as much as we loved Walter Cronkite, I didn’t think of him as a celebrity. He was huge. I mean, who didn’t love Uncle Walter? And then it just, at some point, it became that way with journalists. The way we were seen somehow changed. I have now been in people’s homes for over two decades. How many actors can say that?”

RELATED: Robin Roberts on Faith, Love and the Power of Visibility: ‘We Can All Be Accidental, Incidental Activists’ 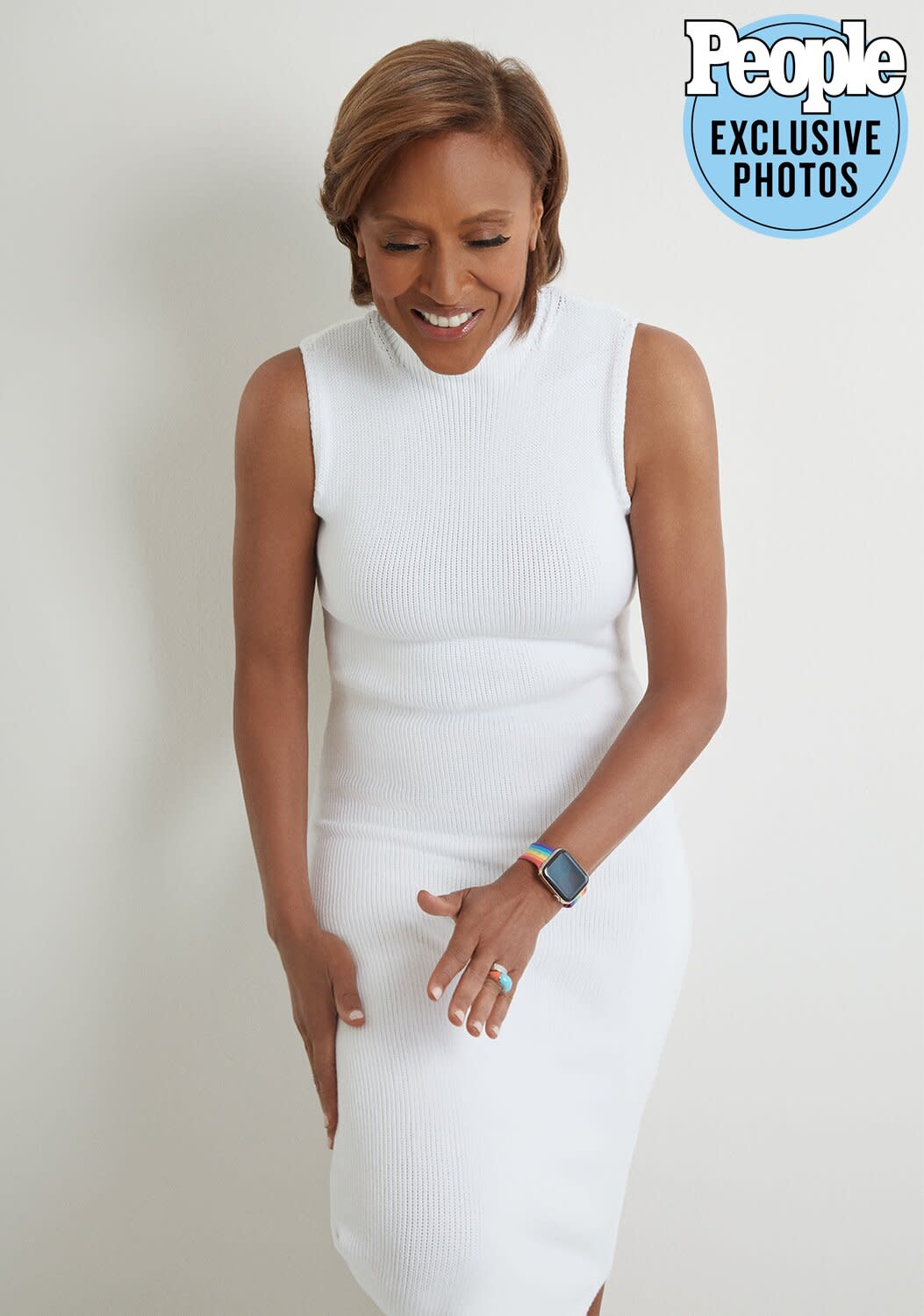 But Roberts, 61, does wants to make one thing to clear: “I am not comfortable being considered a celebrity. Nor do I or anybody in my universe consider me a celebrity!”

Given her talent for interviewing both celebrities and everyday folk, though, her fans do wonder, if they will ever see Roberts in a talk-show format in the same way Katie Couric and Anderson Cooper tried their hands at daytime TV.

“I don’t want to be a talk show host,” Roberts says resolutely.

“‘On the next Robin…’ It doesn’t have the same oomph as ‘on the next Oprah,'” she continues. “That’s so 20th-century, doing a sit-down talk show. The people who have done it have been marvelous, but it’s not for me.”

RELATED: GMA‘s Robin Roberts and Deborah Roberts on Their Friendship–Turned–Allyship: ‘No Bounds … No Exceptions’ 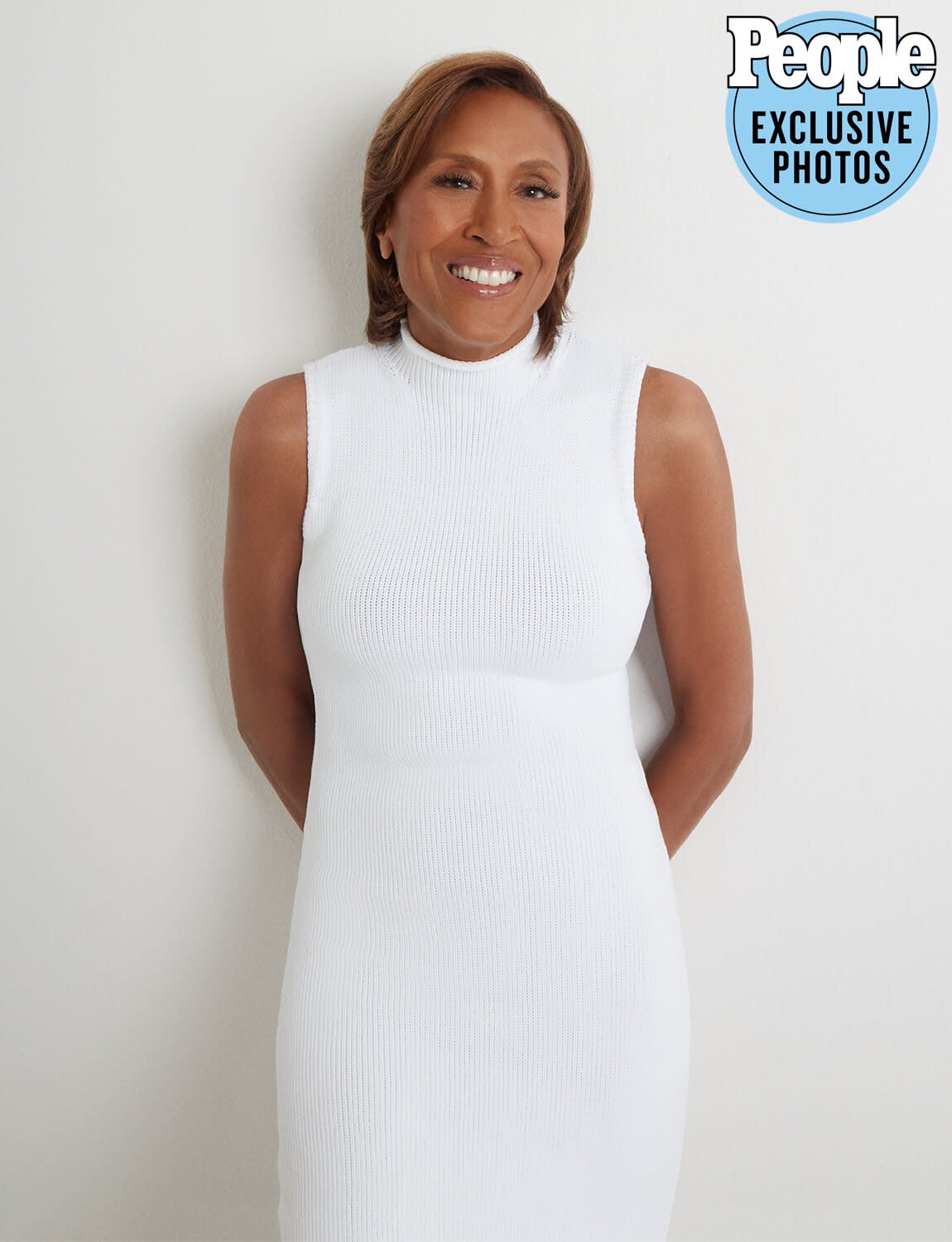 That said, she did enjoy anchoring a Disney+ series last summer — and she even received a 2021 Emmy nomination, as did the show itself.

“Doing the special series Turning the Tables, where I had conversations with different groups of women, was a way to do it.”

She says, “Trust me, I bless those who do talk shows. I miss Ellen [DeGeneres’ show] already! I think it’s a real gift to be able to do something like that, and I feel like in some ways, we have a little bit of that on Good Morning America. But it’s not The Robin Roberts Show. It’s not The George Stephanopoulos Show. It’s not The Michael Strahan Show.” 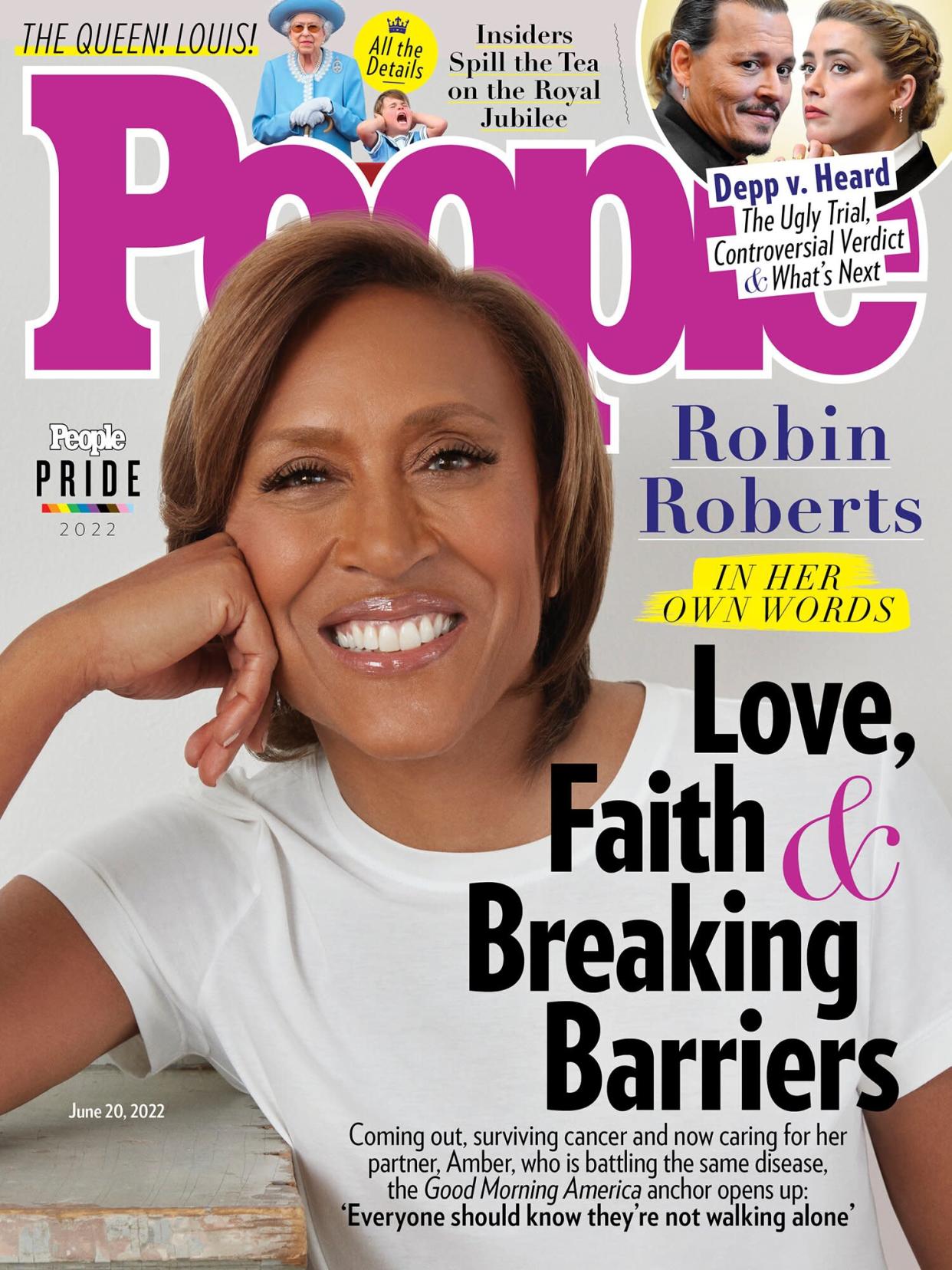 Never miss a story — sign up for PEOPLE’s free daily newsletter to stay up-to-date on the best of what PEOPLE has to offer, from juicy celebrity news to compelling human interest stories.

As much as Roberts’ fans believe she has taught them, she says the job has taught her more.

“My job has taught me to have passion and purpose. And to be able to marry the two. When you can understand that your passion does have purpose, some things can happen,” she tells PEOPLE. “I mean, I didn’t plan any of what’s happened in my life. But now I have a platform and I am able to elicit some powerful stuff from people about how they feel. And then help others.”