COVID vaccination may have begun in the UK, but it's not time to throw away your face mask just yet.

Experts are urging people to keep their mouth and nose covered – even if they have received a jab – for the foreseeable future. 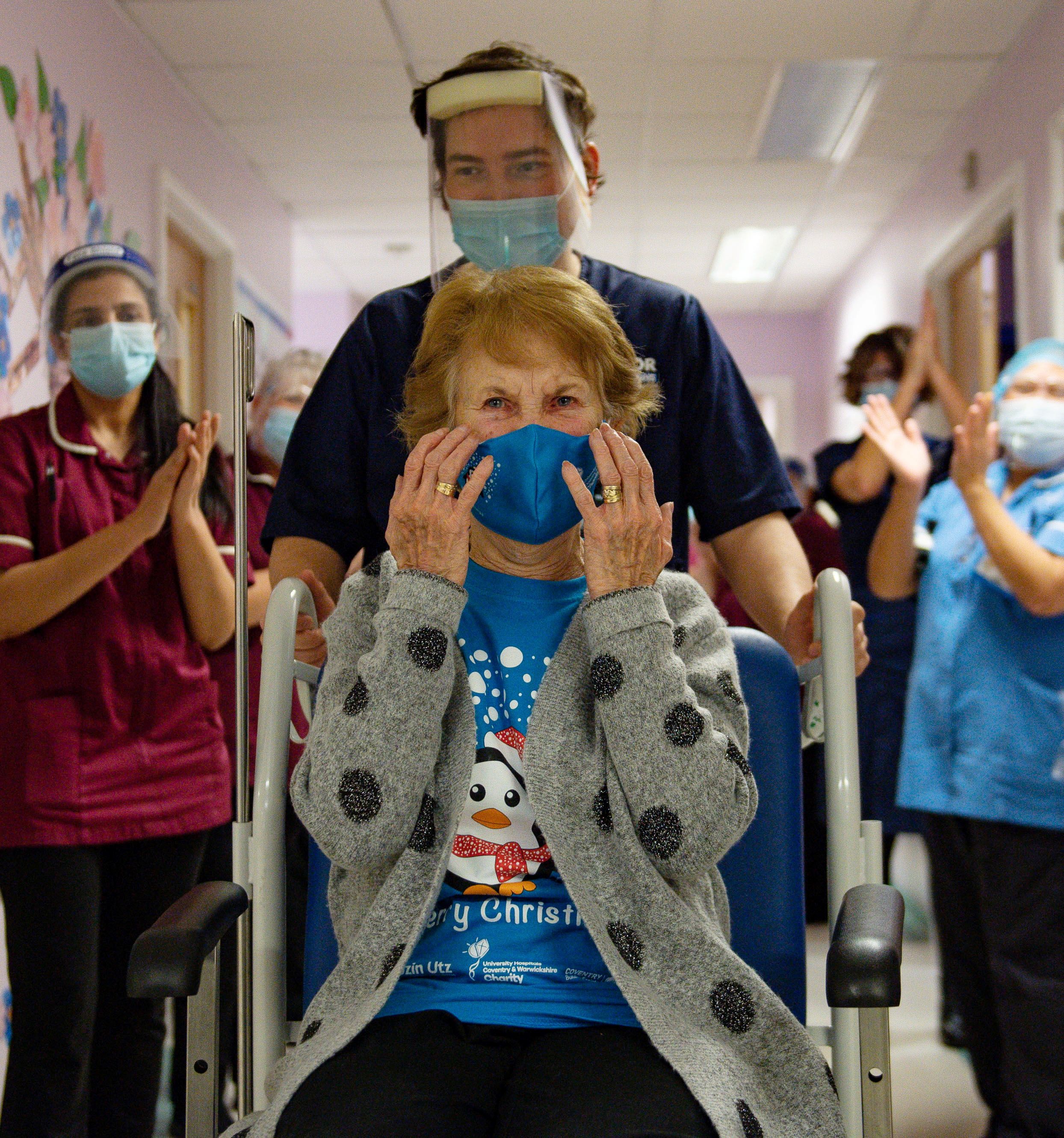 Sir Patrick Vallance said face masks could still be needed late into next year, despite the Pfizer/BioNTech vaccine roll-out which started on Tuesday morning.

The chief scientific advisor said: "It may be that next winter, even with vaccination, we need measures like masks in place."

But he said last week: “I do not think the Government will continue to have to recommend social distancing, masks and hand sanitiser forever and a day."

So why, if the coronavirus vaccine has been proven to be 95 per cent effective, are being cautioned not to ditch their mask?

You won't have protection straight after your jab

It would be tempting once you've had your coronavirus jab to dance out of the hospital or GP practise and throw your mask in the bin.

But actually, you are still susceptible to getting Covid-19 for a little while after your jab.

Everyone needs two doses, 21 days apart, in order to get the maximum protection against the disease.

The trials of some 43,000 people showed the immune system had a robust response to the virus 28 days after the second dose.

Some protection is built up between the two doses, after around two weeks. 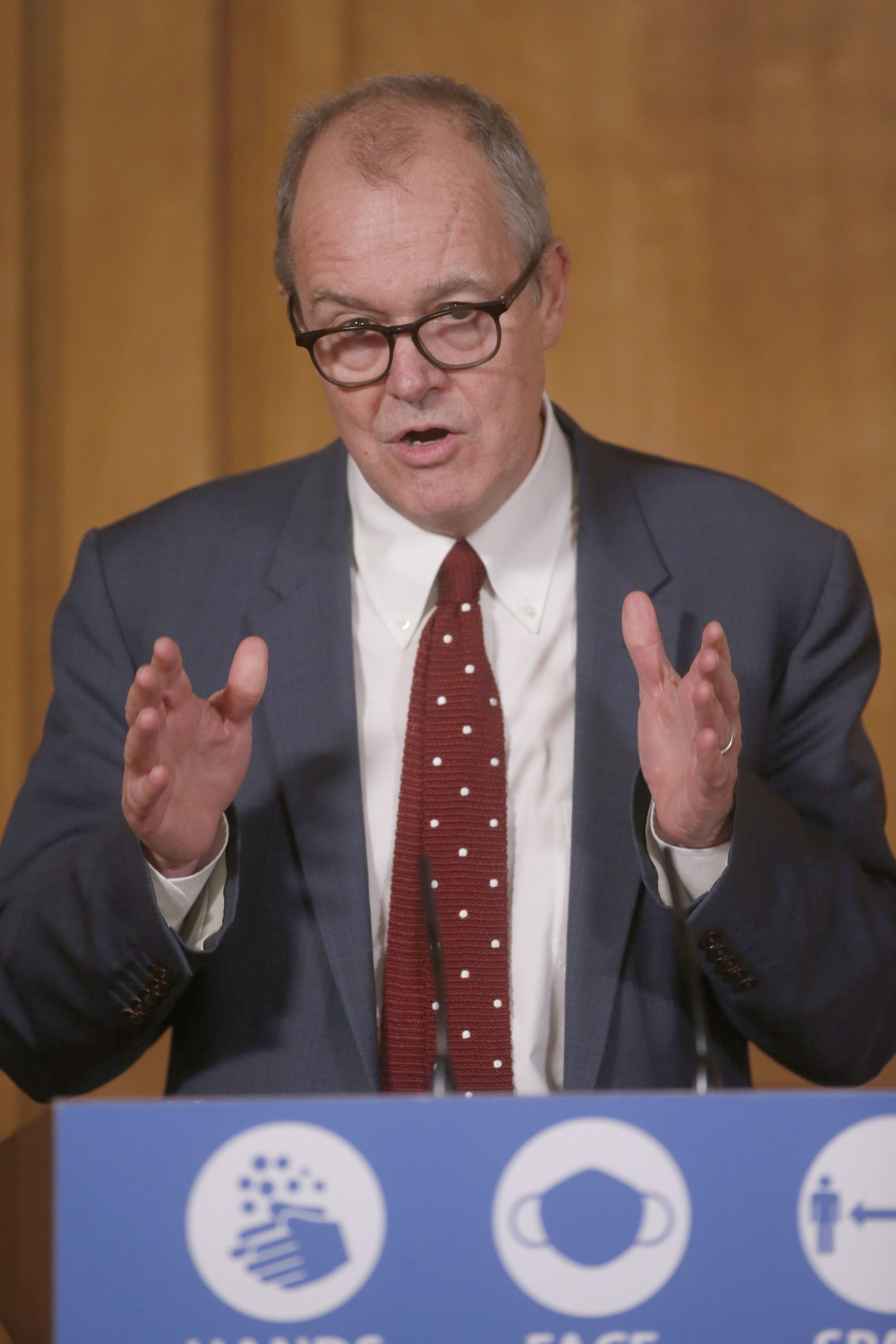 It means there is still a risk of you being struck by the disease, even if you have received both doses, and would benefit from wearing a mask.

The Government’s chief scientific adviser told Sky News on Tueday: “It takes time after the vaccine for the immune system to kick in.

“This is incredibly important and it is important that we all stick to the rules in the meantime – the rules are what’s keeping the virus down now, we need to keep the virus down while we allow the vaccine programme to roll out."

You could still pass the virus to other people

Officials have repeatedly cautioned that it's not clear if the vaccine actually breaks transmission of the coronavirus.

The Pfizer vaccine has been shown to prevent 95 per cent of people who take it from getting Covid-19.

This will have an impact on reducing severe cases, and therefore pressure on hospitals and deaths.

But the trials did not look at whether volunteers caught the virus, SARS-CoV-2, and had no symptoms or symptoms so mild they were undetected.

It means that, while the vaccine will prevent most people from getting sick, it's possible that you could still get infected and have viral particles in the body.

It is possible people who have had the vaccine can still play a role in spread of the virus.

Because scientists are not sure, you should plan to wear a face mask even after you get vaccinated.

On Tuesday, the Government said that having the vaccine would not allow people to stop social distancing or wearing masks because it is unclear whether the jab prevents transmission, so they may still infect others.

Masks are highly effective at stopping viral particles from spreading from you to the people around you.

They catch respiratory droplets from coughing, sneezing and talking, the main way the virus passes between people. 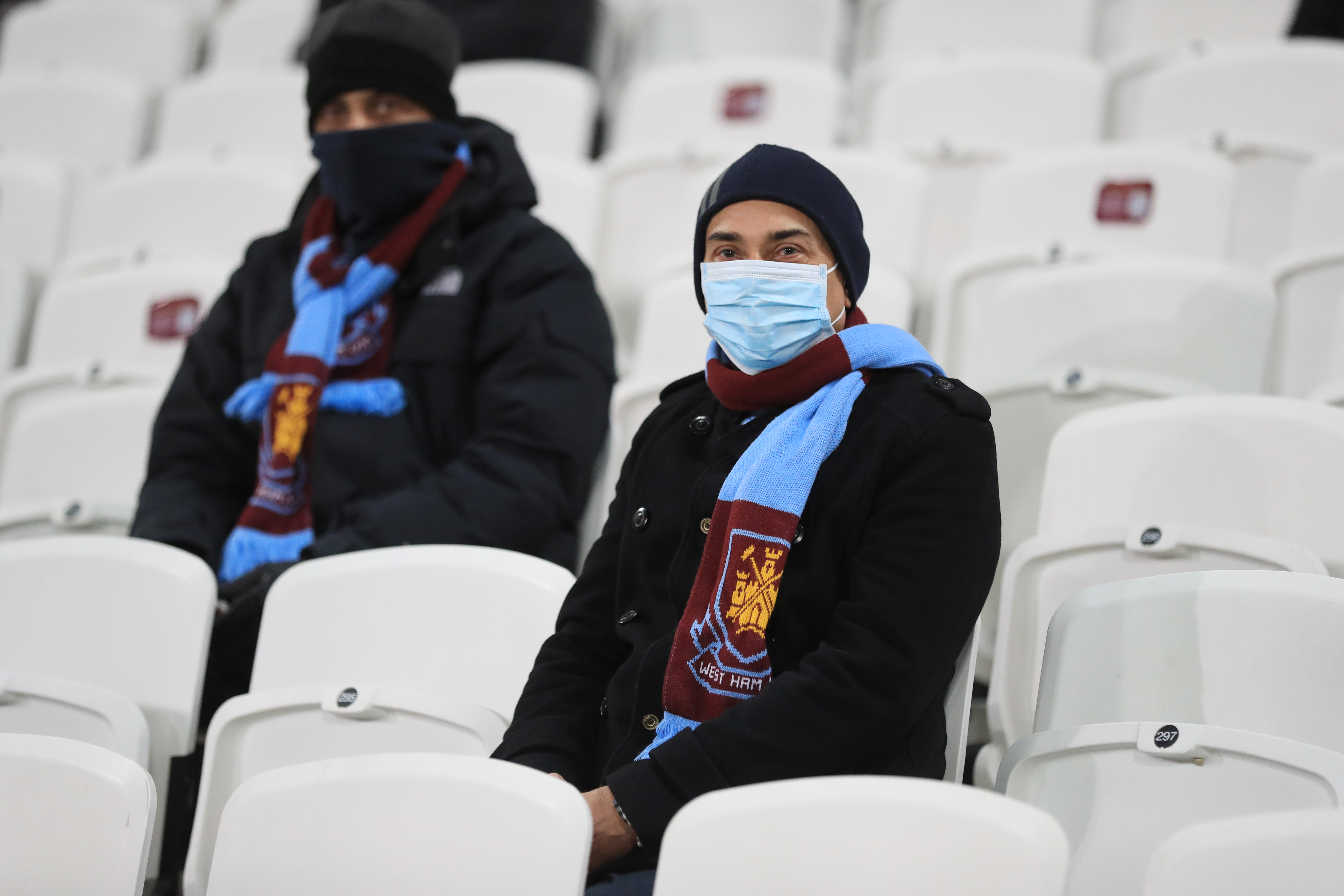 Sir Patrick said yesterday: “We don’t know yet how good all the vaccines are going to be at preventing the transmission of the virus.”

The good news about the Oxford University jab, made by AstraZeneca, is there are signals it prevents transmission.

Participants in the UK arm are being swabbed every week to see if they are carrying the virus, even without symptoms.

Professor Sarah Gilbert, professor of vaccinology at the University of Oxford, told journalists at a virtual briefing yesterday: "“We are seeing the effect of reducing asymptomatic infection as well.

Approval of Pfizer's jab on December 2 was a "historic day".

But the UK Government has only got 40 million doses under its belt, enough for 20 million people.

It's a large proportion of the population – 66 million – and more approved jabs will add further armoury against the virus.

But it's not clear how much of the population, has a proportion, needs the vaccine in order to have a large impact on the outbreak.

Health officials have said the vaccine won't be a "silver bullet" to getting rid of the coronavirus.

Sir Patrick said yesterday: “It’s going to take quite a long time to make sure everybody in the at-risk groups and all of the groups that are difficult to reach get vaccinated as appropriate."

The over 80s, care home residents and NHS healthcare workers are first in line to receive the Covid-19 jab.

Behind those top priority groups are a stream of people in older age groups desperate to get vaccinated as soon as possible. 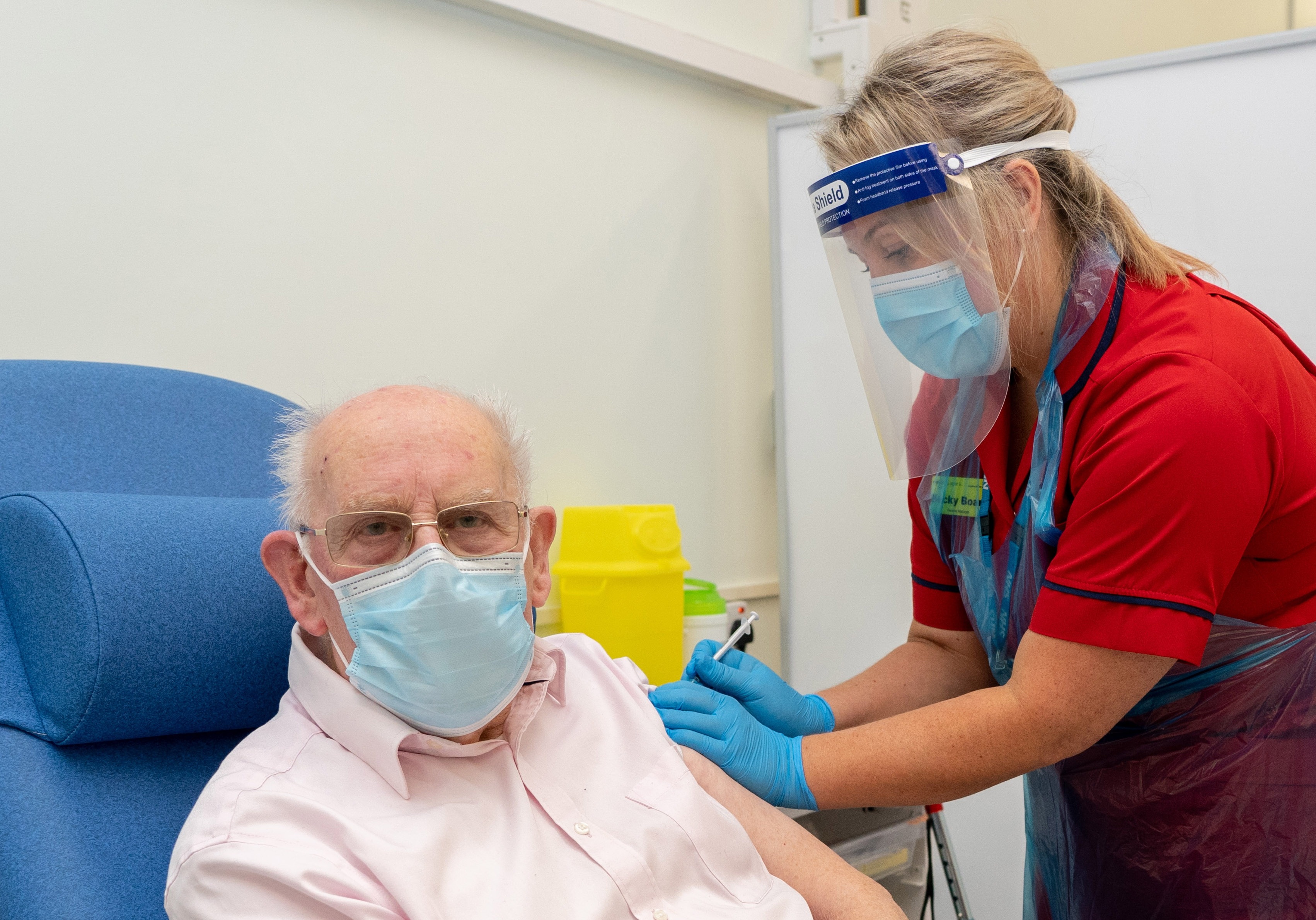 It may be necessary to keep wearing face masks to protect those people from catching the coronavirus, even if you have already had your own jab.

However, even with just the most vulnerable vaccinated, Prof Van-Tam sees a considerable impact on the outbreak.

He said up to 99 per cent of Covid-19 hospitalisations and deaths could be avoided with the first wave of vaccinations.

Prof Van-Tam told BBC News: "If we can get through phase one [of the priority list] and it is a highly effective vaccine and there is very, very high up take, then we could in theory take out 99 per cent of hospitalisations and deaths related to Covid 19.

"That is why the phase one list is what is, that is the primary ambition."

Why do we need masks?

The virus is spread through tiny airborne aerosol particles from coughing, sneezing, breathing or even talking, and these particles can also gather on surfaces and be transmitted through touch.

Face masks protect the person wearing it from catching the virus from others, while also preventing the wearer from passing the virus to other people.

Healthcare workers who are in close proximity to Covid-19 patients have to wear protective equipment (PPE), including medical-grade face masks to avoid catching the virus themselves.

While medical-grade masks filter out 95 per cent of large airborne particles, there is a growing body of evidence showing that even a simple cloth barrier helps dramatically slow transmission rates.

A Chinese study published in late May found that mask-wearing even helps prevent infection within households.

The study of families in Beijing found the practice was 79 per cent effective at stopping transmission before symptoms emerged in the first person infected.

Face masks became mandatory in shops and on public transport across the UK's four nations in the summer time, and later, people were asked to also use them when walking around in public spaces, for example a restaurant.

But for months after the virus first emerged in Britain, the Government did not deem them necessary.

The Chief Medical Officer for England said today the official advice regarding face coverings would have been different had there been a better understanding of masks before the coronavirus outbreak.

Professor Chris Whitty told the Science and Technology committees that in some cases the science has changed.

Asked by Jeremy Hunt on what he had learned through the pandemic, he said: "The data hasn't changed but our interpretation has."