A POPULAR Canadian jogging trial has been closed after a huge black bear was filmed swatting at a terrified female jogger.

Worried rangers have advised visitors to the British Columbia site to “be vigilant and take safety precautions” after the woman's lucky escape. 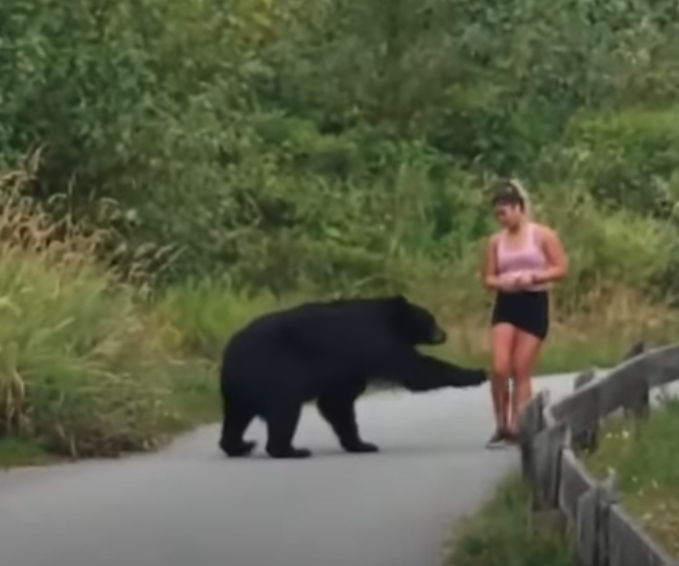 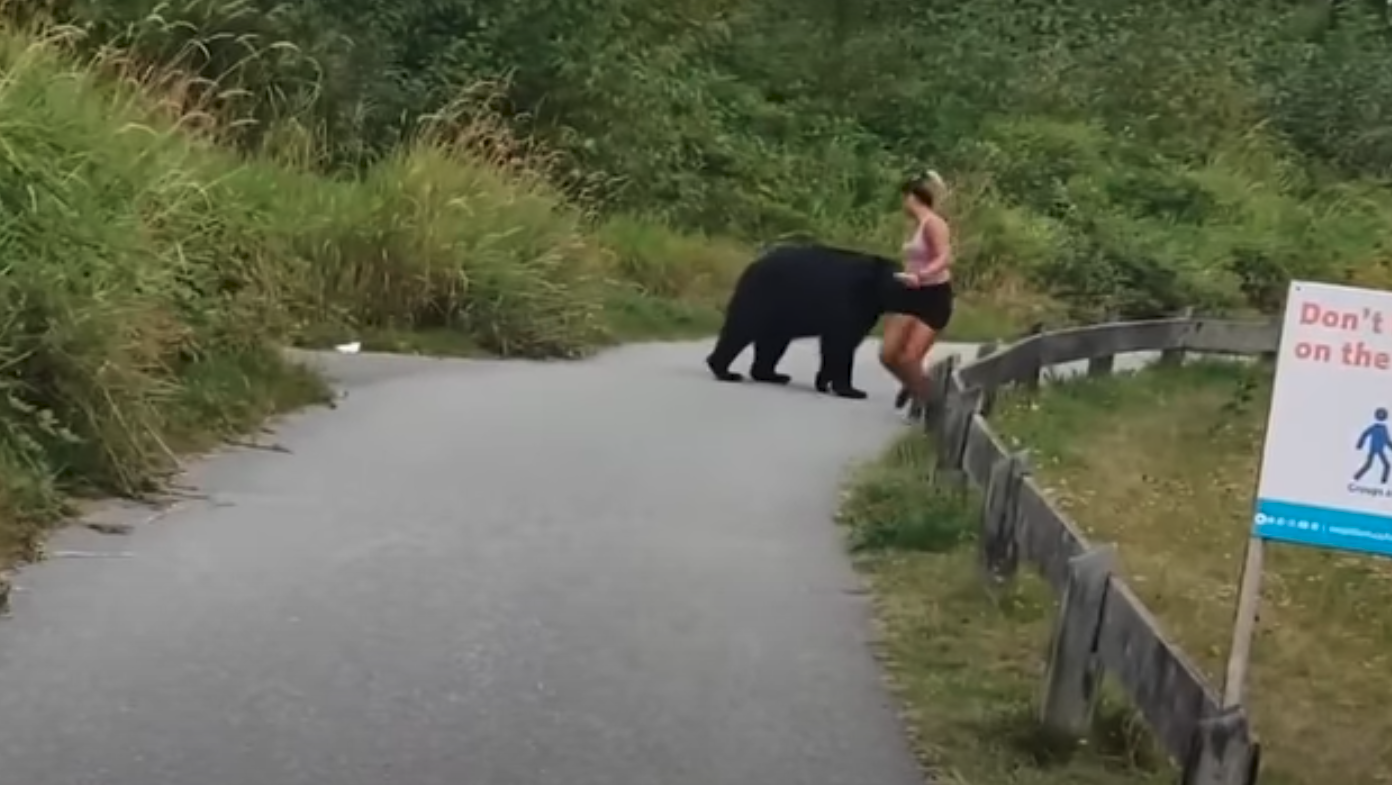 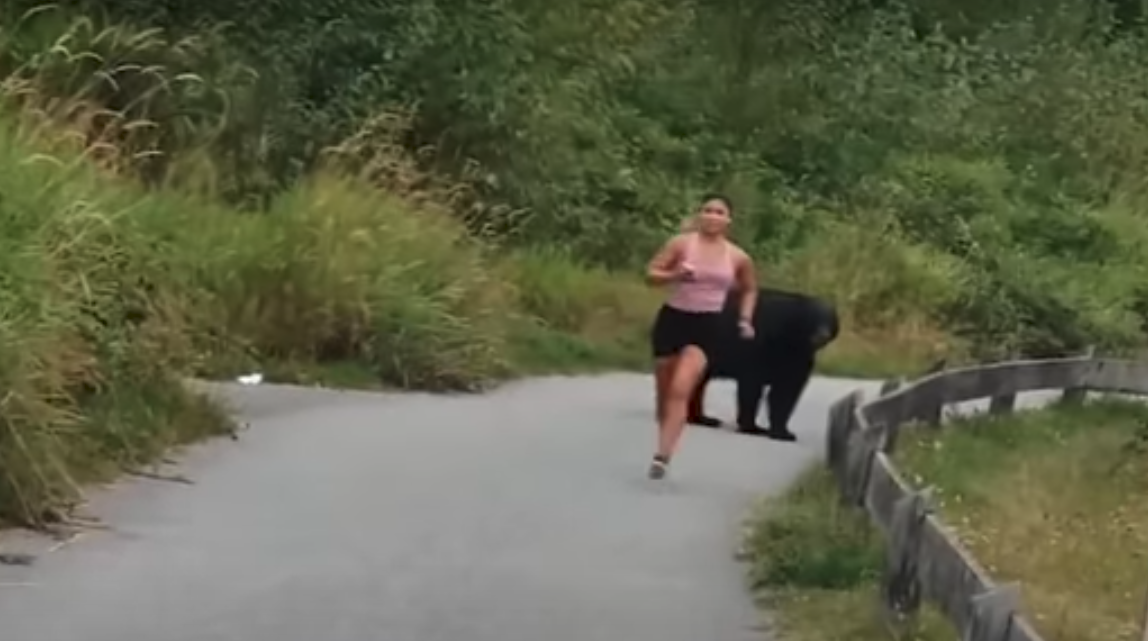 The jogger had been exercising along the popular Coquitlam Crunch trail in Canada, when the black bear suddenly approached her and swiped at her leg on August 29.

A nearby hiker, Sam Abdullah, recorded the tense scene.

He was walking up the trail when he saw the bear coming out of the bushes.

“I started filming when a girl was running down from the crunch and ended up in front of the bear,” he said.

The footage shows the bear emerging from the bushes and approaching the runner, who remains very still – as if frozen to the spot – before it swats her leg.

“We started yelling and coming closer to the bear to distract him,” Abdullah said.

The jogger was able to flee to safety, and despite her brush with death, she beamed a relieved smile as she ran away.

Males weigh up to 280kg and the trail encounter comes days after another black bear mauled a mum to death while her nine-year-old son watched in horror from inside a holiday cabin in Canada.

The British Columbia Conservation Service has temporarily shut down the trail as they attempt to trap the bear. 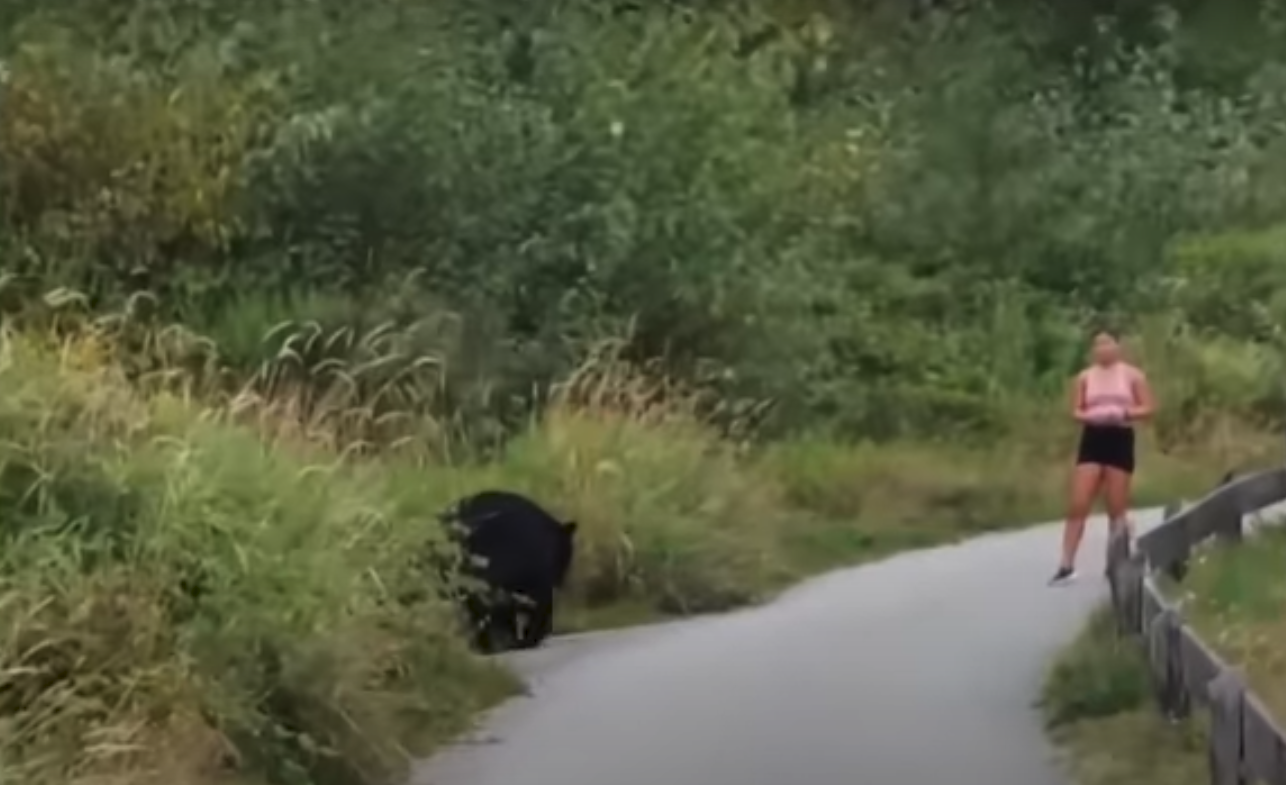 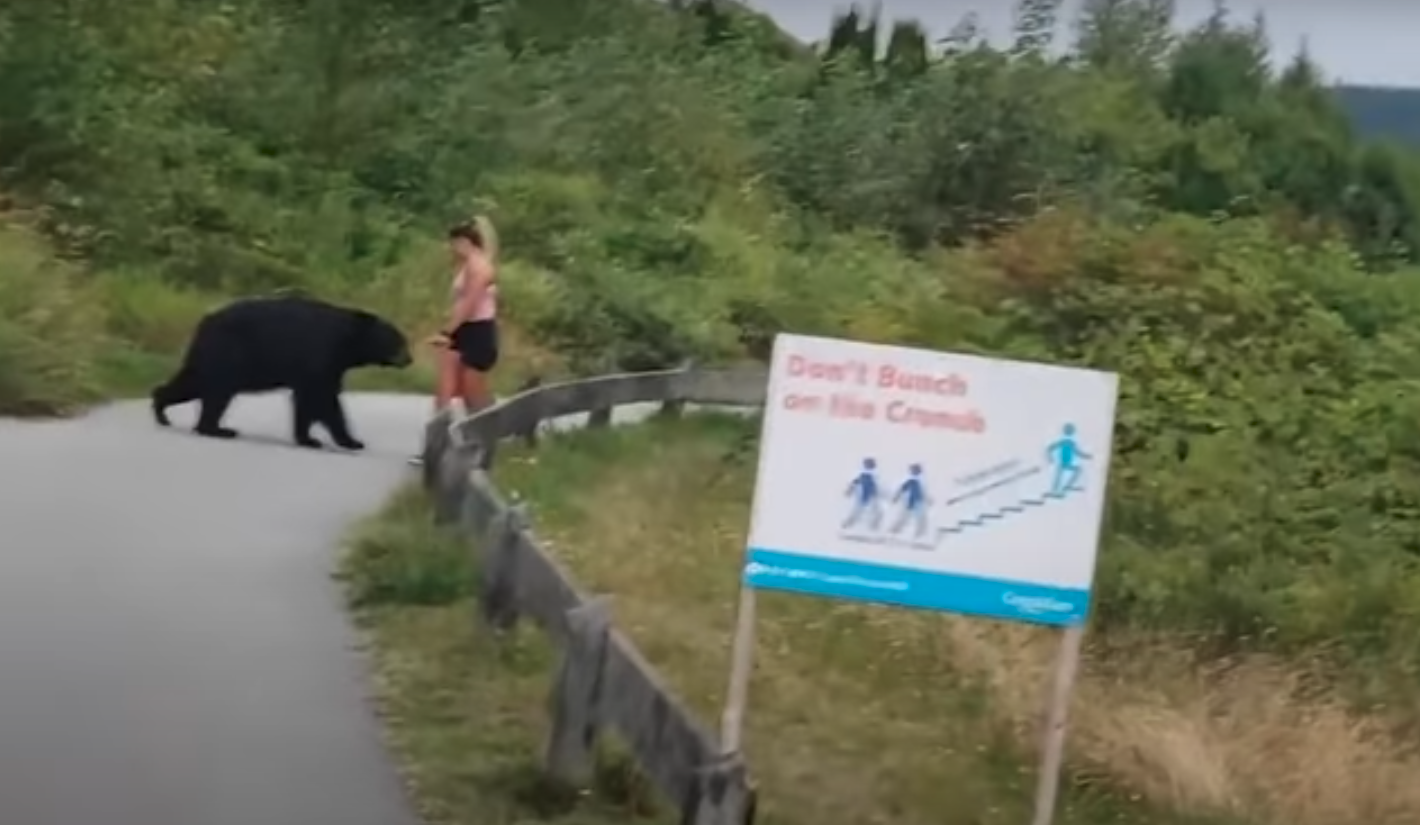 The conservation service urged the public to “be vigilant, take safety precautions” and “report any bear sightings in the area.”

It tweeted: "#BCCOS has closed the upper portion of the #Coquitlam Crunch trail after a runner was swatted on the leg by a black bear."

The service's officials receive more than 20,000 human-wildlife conflict calls each year, and its rangers are currently "busy with bear calls across the province".

When ABC News shared footage of the scary encounter on Twitter one person replied: “Geez I would c*** my pants right there.”

Another said: “I'm glad she's okay but she should have immediately walked away.

“Standing toe-to-toe with a bear is not recommended, and neither is running away. 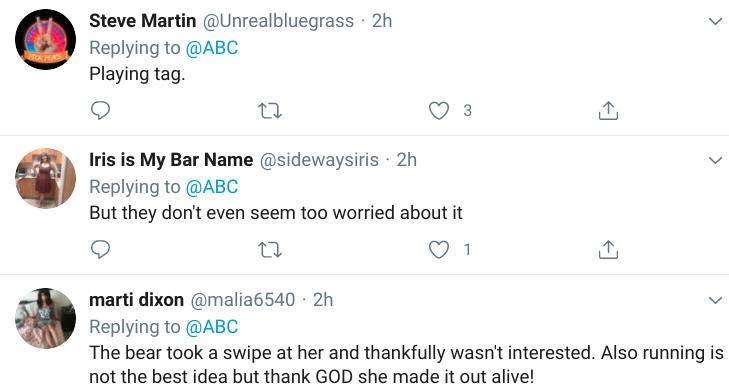 The jogger's ordeal comes after a range of similar confrontations – which haven't ended well for the bear.

This includes a friendly bear in Mexico called Chipi – famous for having a selfie with a tourist in a viral video, and has since been castrated.

British Columbia's conservation service says on its website: “Each year, too many bears and other wildlife are killed because of human decisions and behaviour.

"When we leave garbage out, it has the power to attract a bear from tens of kilometres away.

"When we allow bears to transit through urban areas without making attempts to scare them, they lose their natural fear of humans.

"Our behaviours directly and indirectly lead to the deaths of wildlife."

Last month, Stephanie Blais, 44, was on the phone to her dad when she was attacked by the black bear outside the cabin at McKie Lake, Saskatchewan in Canada.

Dad Hubert Esquirol told CKOM: "Stephanie and I were talking over her satellite phone.

"She called me to tell me that the waterline hadn't been working and that her husband had fixed it."

Esquirol added: "He called me and told me that Stephanie had been attacked by a bear.

"The bear wouldn't let go so he shot the bear until it let go."

The woman’s nine-year-old son saw the horrific scene from inside the cabin. 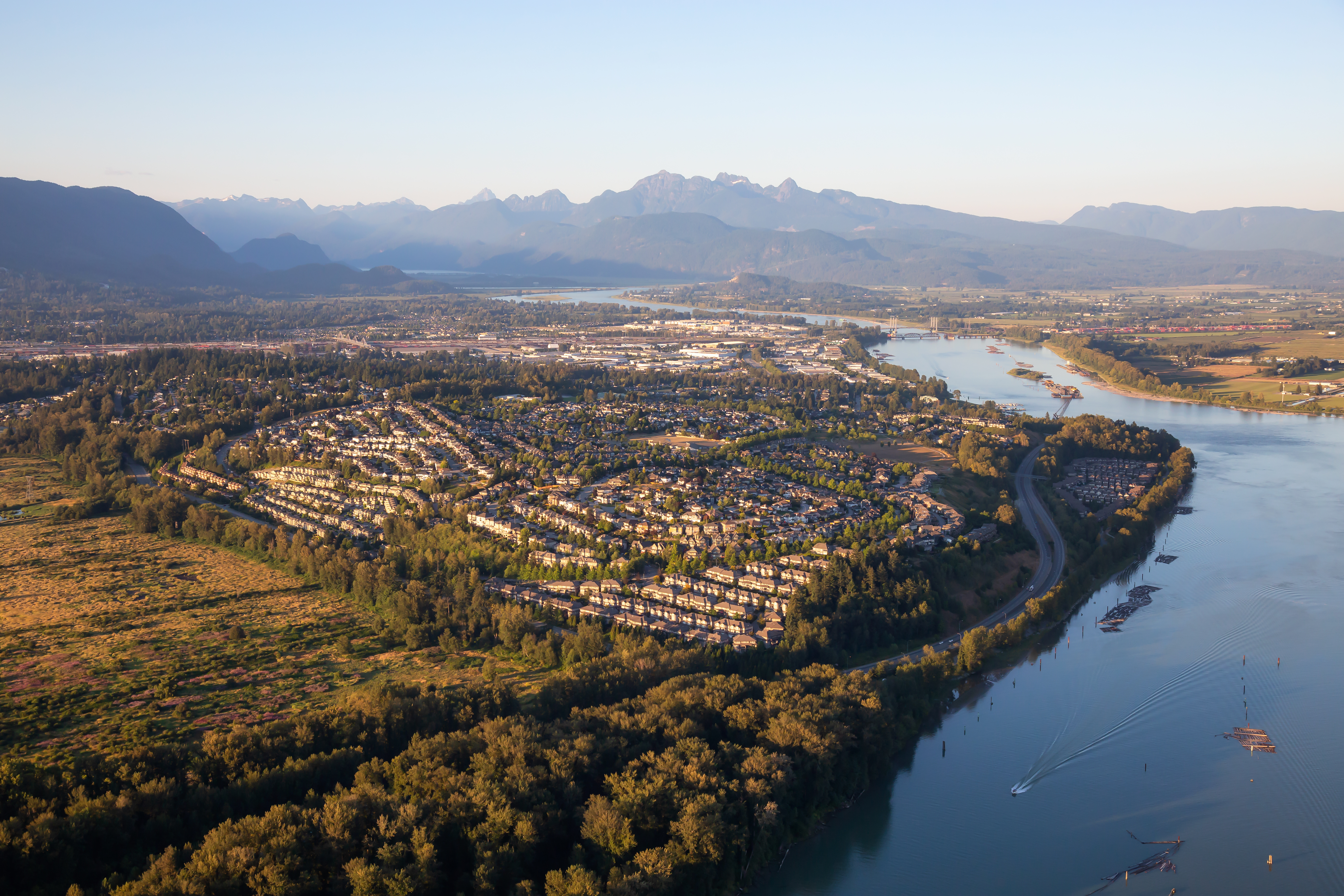 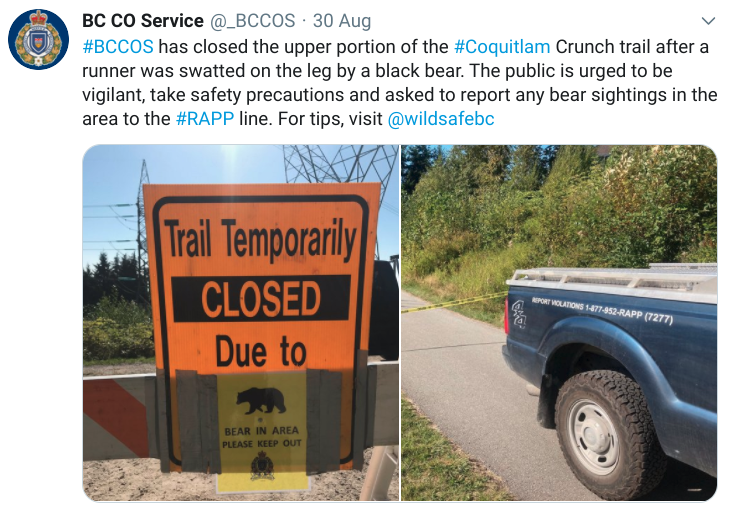