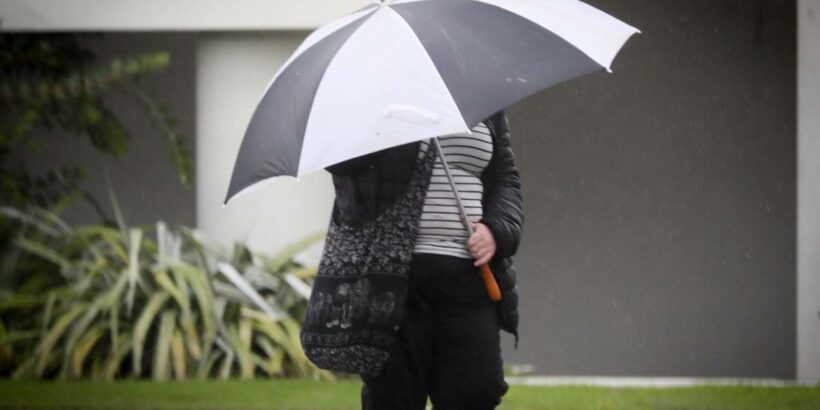 The South Island is set for a wild afternoon,with rain, thunder and gale force winds forecast that may cause flooding and rapidly rising rivers.

And that’s not all. Snow may fall, too, as the wintry snap bears down on New Zealand.

A “significant” band of rain over Otago this morning should break up before it reaches Canterbury – home of five-consecutive-title winning Super Rugby champions the Crusaders.

But rain and possible thunderstorms are coming for the west, clearing from the south.

A number of weather warnings have been issued for parts of Canterbury, Tasman and the West Coast.

MetService is predicting a period of heavy rain, and possible thunderstorms for Buller and Westland from Otira north.

“Rainfall amounts may approach warning criteria about the ranges,” the agency said.

South of Otira and down through the rest of Westland there is a heavy rain warning in place.

“Expect a further 50 to 80mm of rain to accumulate about the ranges on top of what has already fallen, and 30 to 50mm near the coast,” MetService warned.

“Peak rates of 25 to 35mm/h about the ranges, and thunderstorms possible.

“Another period of heavy rain is likely from Monday night into Tuesday, and a watch or warning may be issued closer to the time.

“Heavy rain may cause streams and rivers to rise rapidly.

“Surface flooding and slips are also possible and driving conditions may be hazardous.”

A strong wind watch is in place for the Canterbury high country. MetService says northwest winds may approach severe gale in exposed places.

Yesterday the forecasting agency issued a severe weather outlook notice for the next few days.

“On Monday an unsettled northwesterly flow covers the country,” it said.

“An active front is forecast to move northeast over southern and central New Zealand on Tuesday, bringing a period of heavy rain to western areas, and northwest gales to exposed central and eastern places.

“Snow may also briefly affect some of the South Island passes.

“The front weakens as it moves over northern New Zealand on Wednesday, and is followed by a ridge of high pressure.”

MetService said on Tuesday there is “moderate confidence” rainfall amounts will reach warning criteria in Westland, Buller and northwest Nelson.

“Especially about the ranges, and some spillover is likely into the headwaters of the Otago and Canterbury lakes and rivers, it said in the notice.

“Meanwhile, there is low confidence of warnable amounts of rain for Fiordland, the Tararua Range and Mount Taranaki.

“In addition, on Tuesday there is moderate confidence of a period of severe northwest gales about exposed parts of Wellington and Wairarapa including the Tararua District, and low confidence for Marlborough, the Canterbury High Country, inland parts of Otago, Fiordland, Southland and Stewart Island, as depicted on the chart.”